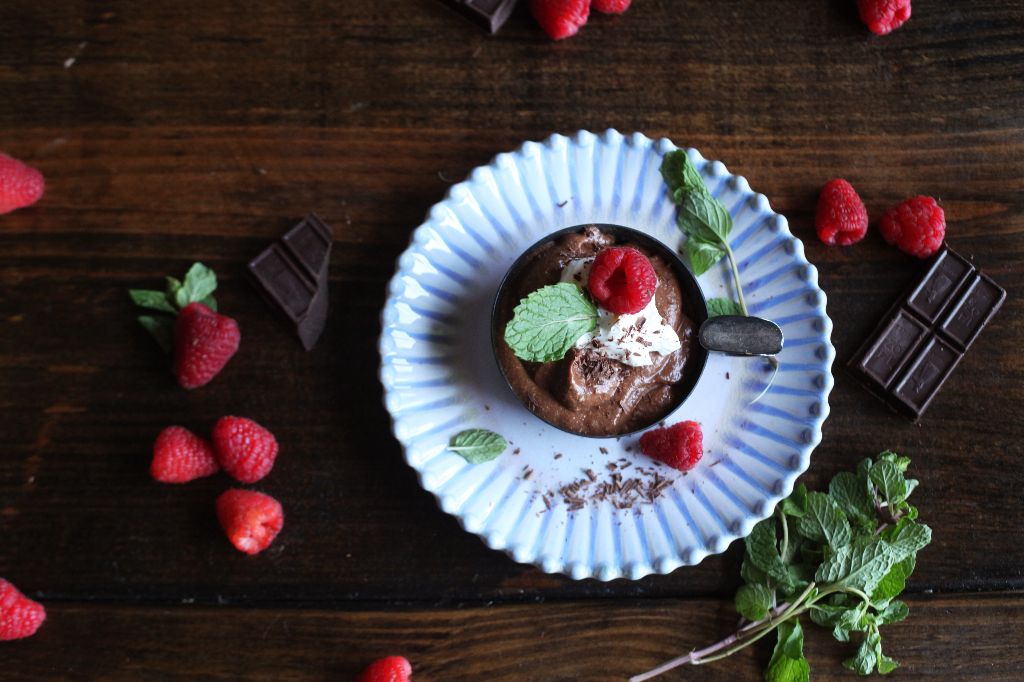 I am so lucky to have such wonderful friends who drive an hour to visit me and help me shoot a blog post and teach me about how Instagram works. I posted my first story!!!! I think I’m already addicted and may post too many stories… Also friends who share my affinity for thrifting postcards and large macrame pieces are hard to come by. We both ooh and ahhh at the same midcentury teak wood candlesticks and crack up at the giant taxidermy wart-hog.  They also tell me when I need to add a little greenery in my photoshoot and beat the egg-whites to stiff peaks until their hands go numb because I need the right shot. I am into nurturing friendships in 2017.

This recipe is one I asked my friend Allison to help me with since she was in town visiting. Neither of us had ever made chocolate mousse, but both of us love Julia Child and will do exactly everything she says in every recipe, even if she says to beat the egg yolks and sugar until it “falls back on itself,” whatever that means.

May I say, the pudding cup I used was a gift from my grandmother. I believe it’s a french wine taster. Also it’s possibly an ashtray and cigarette holder? I hope it’s not the latter because I ate mousse out of it. Does anyone know what that vessel is?

This recipe was so much fun to make and even more fun to eat… It was sooo rich and silky. It would be perfect for a quick dinner party dessert. You’ll dirty a lot of dishes, but making this doesn’t take long and is fairly inexpensive. You’ll have most of the ingredients at home. The past month I’ve been going through a chocolate phase, so this recipe was one I couldn’t pass up. You’ll need a couple metal mixing bowls. Glass works okay, but you’ll have to heat the mixing bowls over hot water, so be warned. 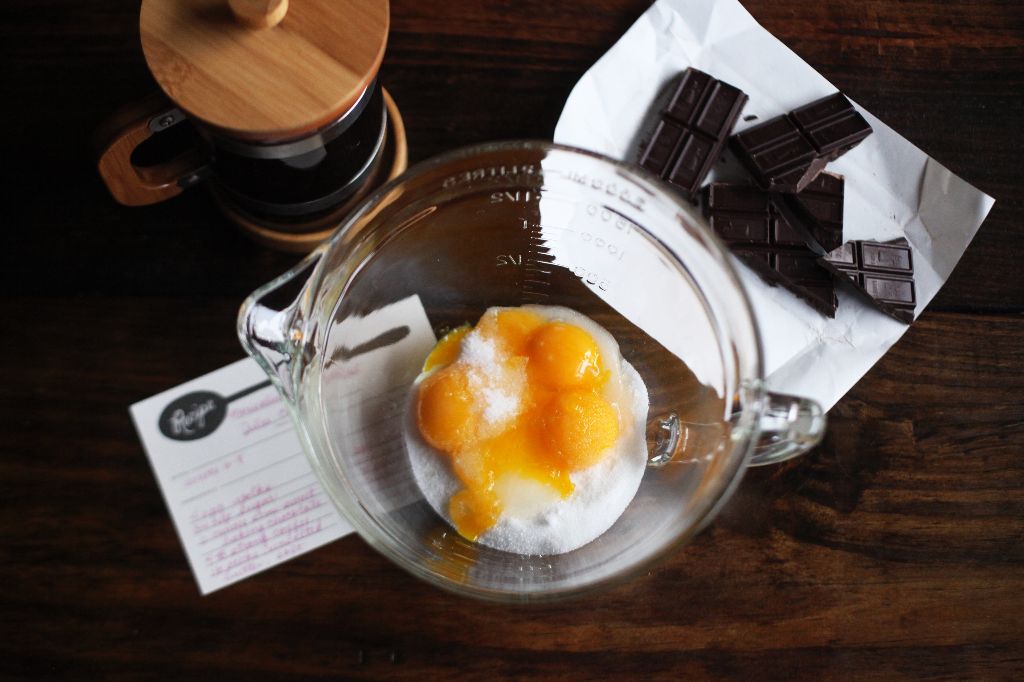 First you’re going to start by separating the yolks and whites. Mix the yolks and sugars together until pale yellow. Then heat the mixture over not-quite simmering water. You’ll then mix it over cold water. After that you’ll melt the chocolate and coffee over the hot water.  Once chocolate has melted, remove from heat and mix in butter a little at a time. Then mix together the chocolate and yolk mixture. 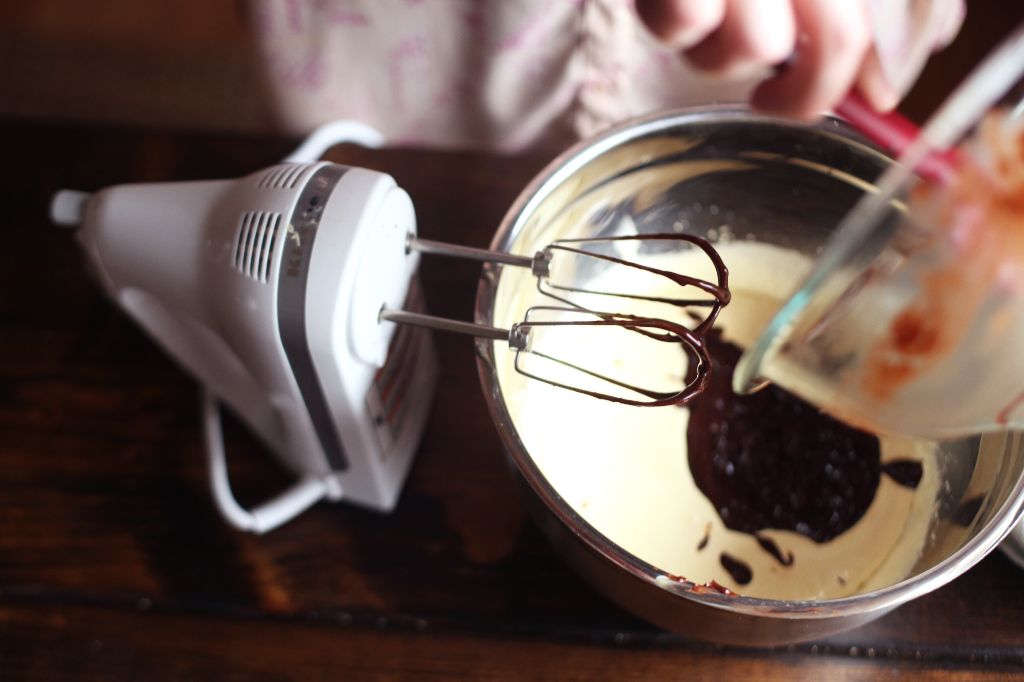 My lovely friend mixed EVERYTHING for me! Thank you Allison! You’re a saint. 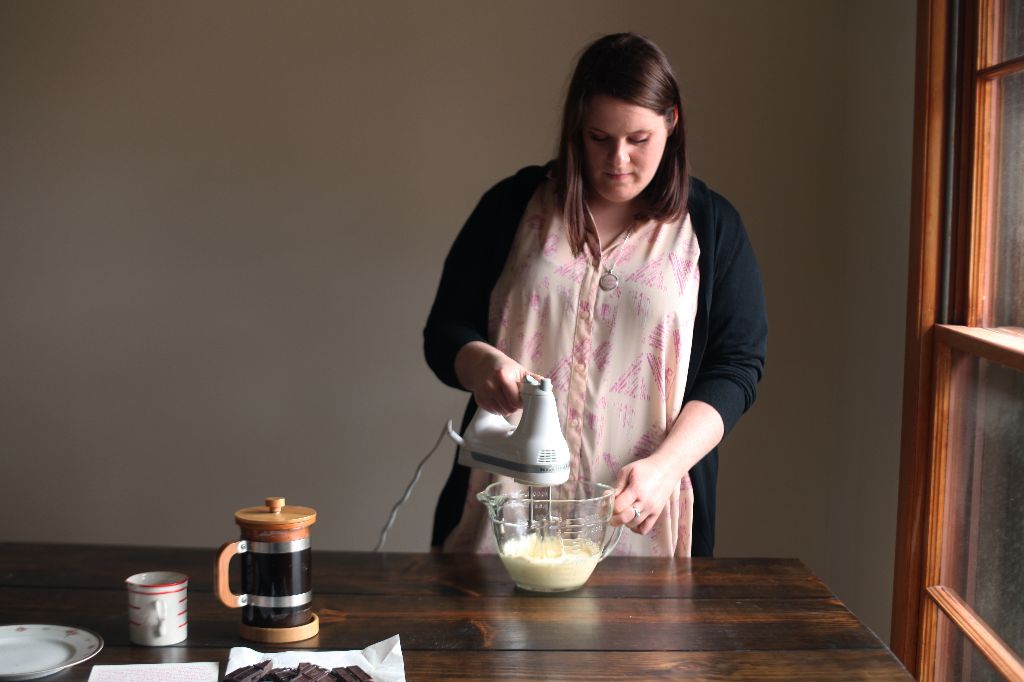 You’ll froth those egg whites until stiff peaks form and then fold it into the chocolate mixture. 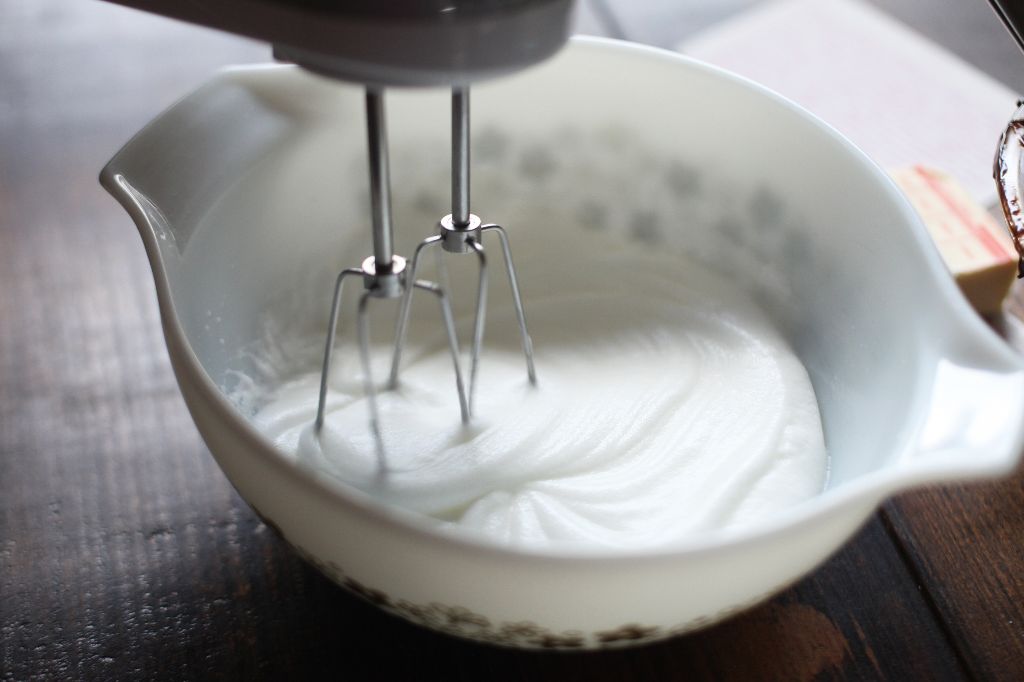 Voila! You have the most beautiful mousse. Refrigerate in separate small bowls for at least two hours. Top with whipped cream and fruit. See the full recipe below. 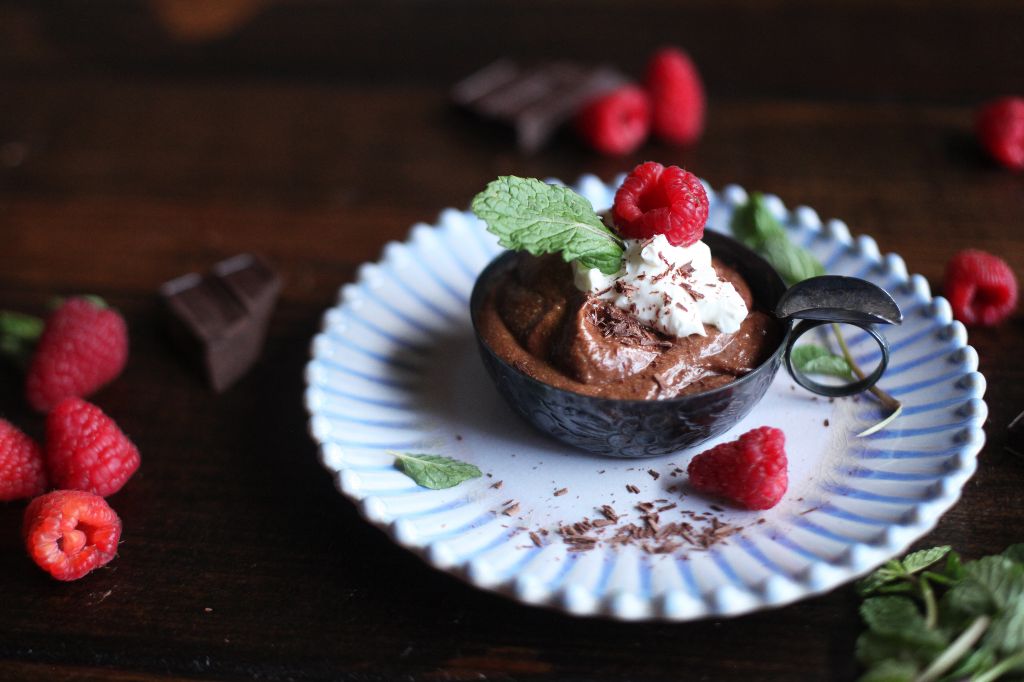 a pinch of salt

Put an inch of water in a medium saucepan on the burner to simmer. Also prepare a mixing bowl of cold water. Beat egg yolk and sugar until thick, pale, yellow and falls back on itself. Beat in orange liqueur.

Melt chocolate with coffee over hot water. Remove from heat and beat in butter a bit at a time. Beat chocolate into egg yolks and sugar. 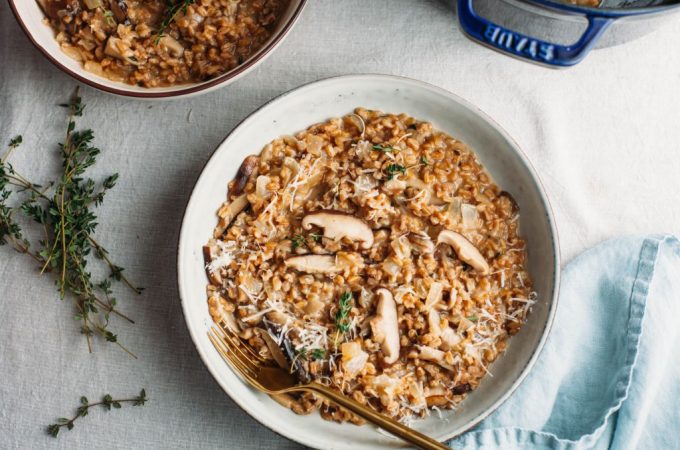 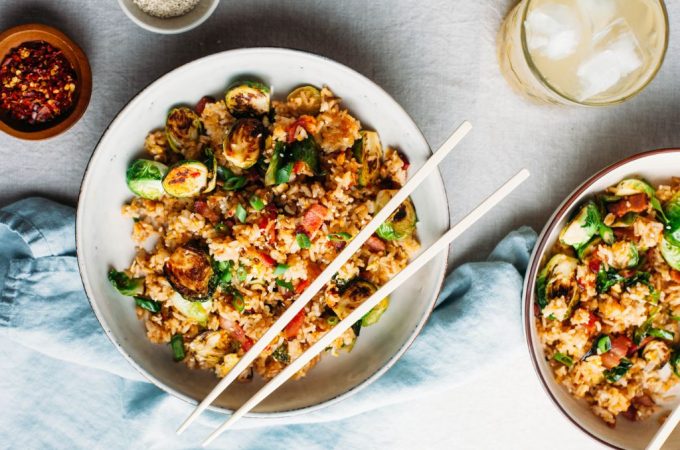 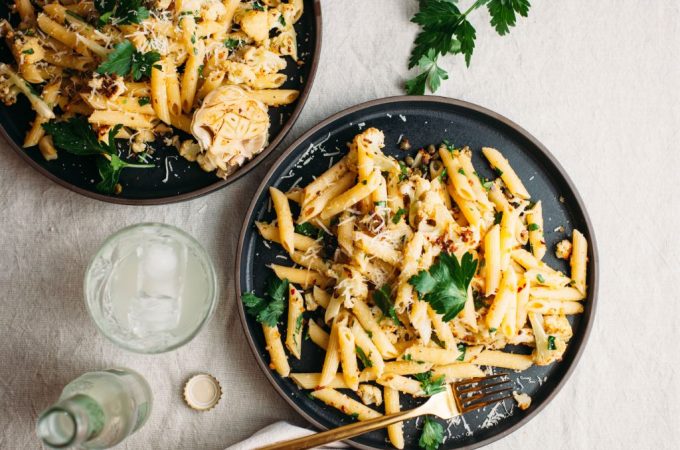