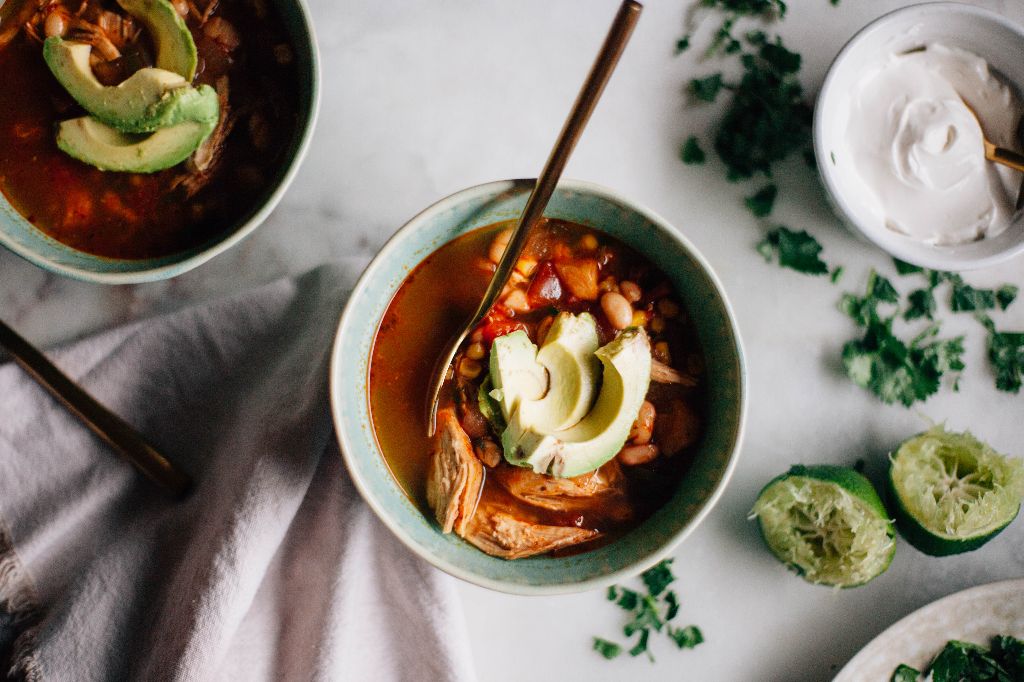 White Chicken Chili reminds me of when I was a kid, and our neighbors would take turns have a weekly Sunday night supper club. They would invite the entire block, complete with approximately fifteen children, and I went nuts when they made white chili, always served with peanut butter sandwiches on white bread. I used to squish the sandwiches  flat like a freak and dip them in the chili. This is a dish my parents never ever made, along with my neighbor’s perfectly pureed mashed potatoes with tons of black pepper that I cannot forget. I make my mashed potatoes like that now. I made my version of Chicken Chili with Harissa, but it’s really a nod to Anne, our neighbor, and those weekly supper clubs that were a staple in my childhood.

Soup is something I like to make at least once a week during the winter. It’s a great way to be inventive with spices, but also make a lot of something for the week ahead.

Now let’s talk about Harissa. It’s a deliciously smoky chili paste with garlic and lemon. Some pastes are spicy, but mine was not. It’s perfect for soups, or roasting things. It’s a great tool to have, so when I saw Kroger started selling it, I was all in.

Let’s also not forget the no waste policy I have recently instated. I no longer throw away cilantro stems! I mince them finely and throw them into the soup. They’re extremely flavorful. To start, you’ll saute your onion, cilantro stems, jalapeno and garlic in your pot until the onions are translucent. 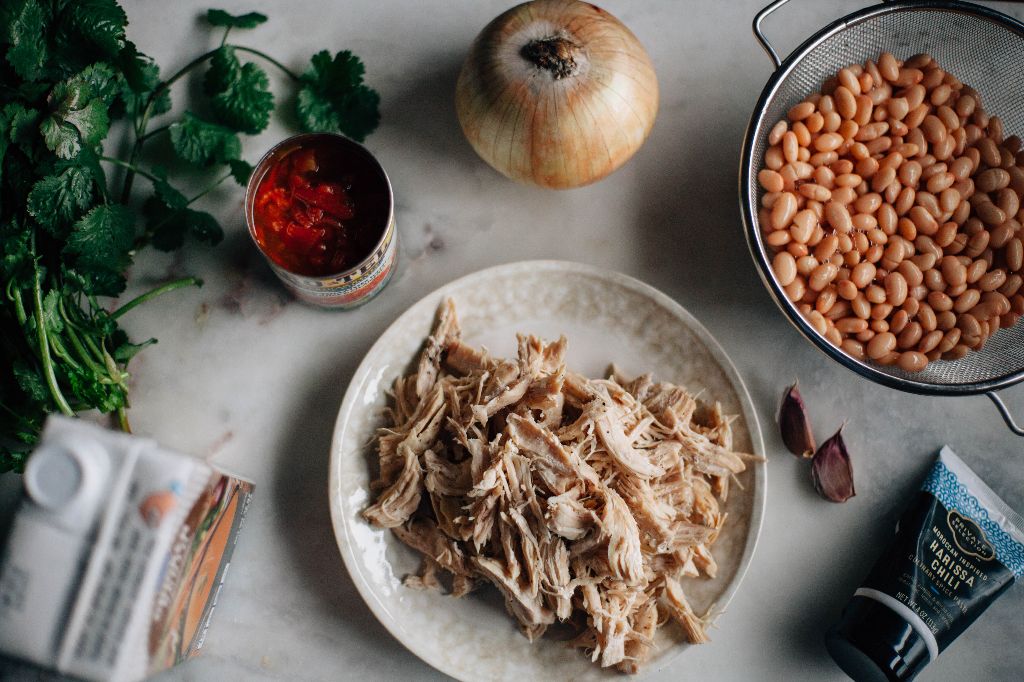 Once the onions are done, throw in the cumin, harissa paste, and the oregano. Push things around and then add your chicken, coating in the spices. 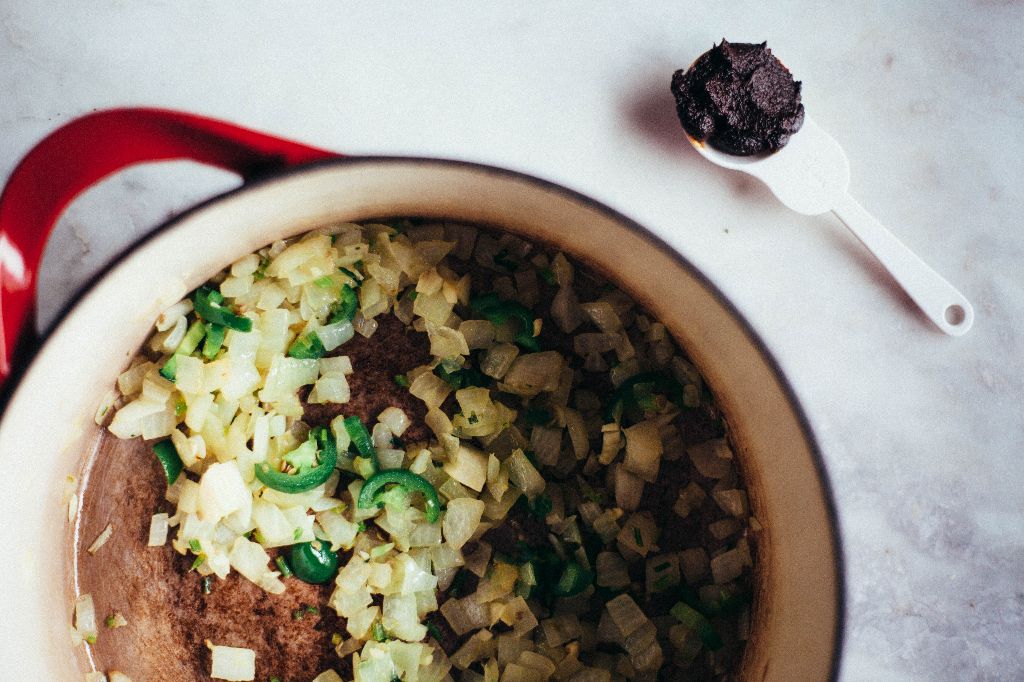 Pour in the white beans, tomatoes, lime juice, corn, and broth. Bring to a boil and then simmer until reduced by one third. 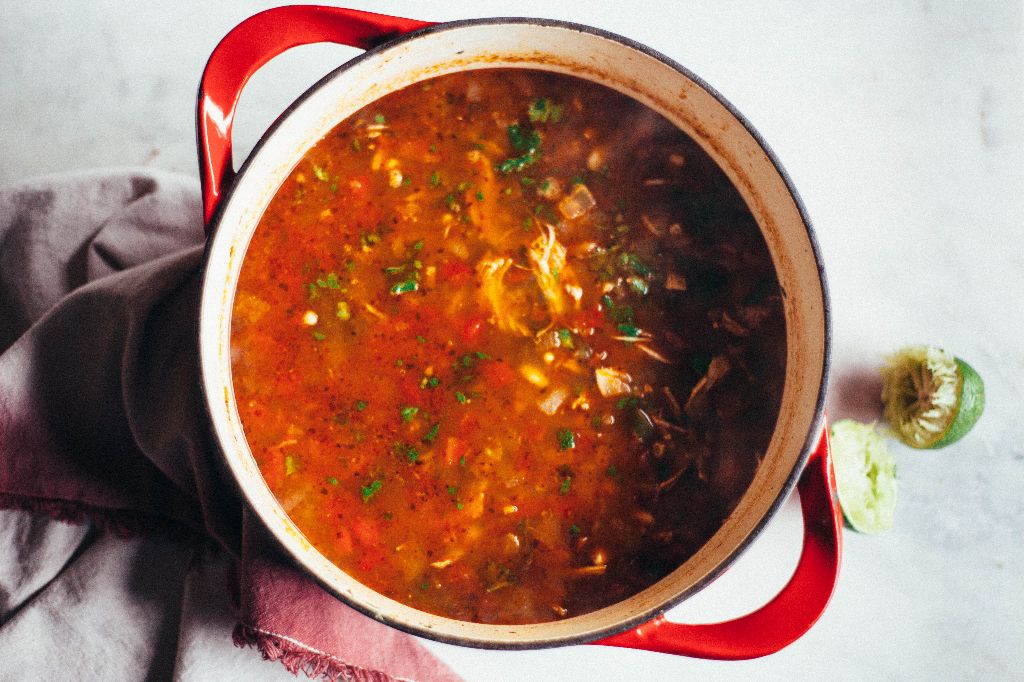 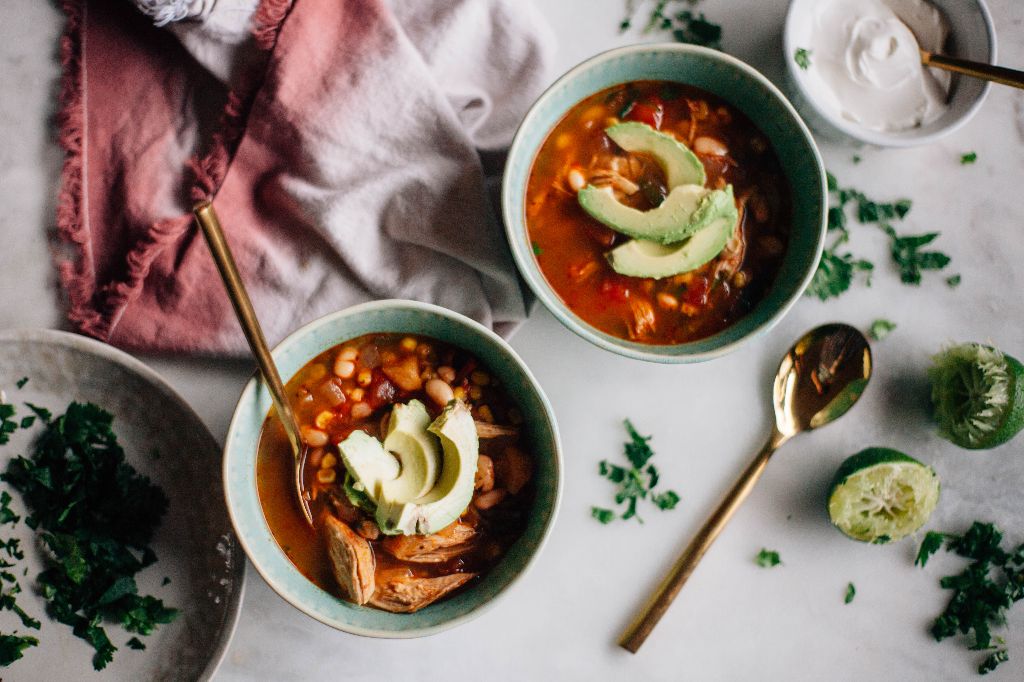 What is your favorite dish from your childhood? Is your chicken chili different than mine? 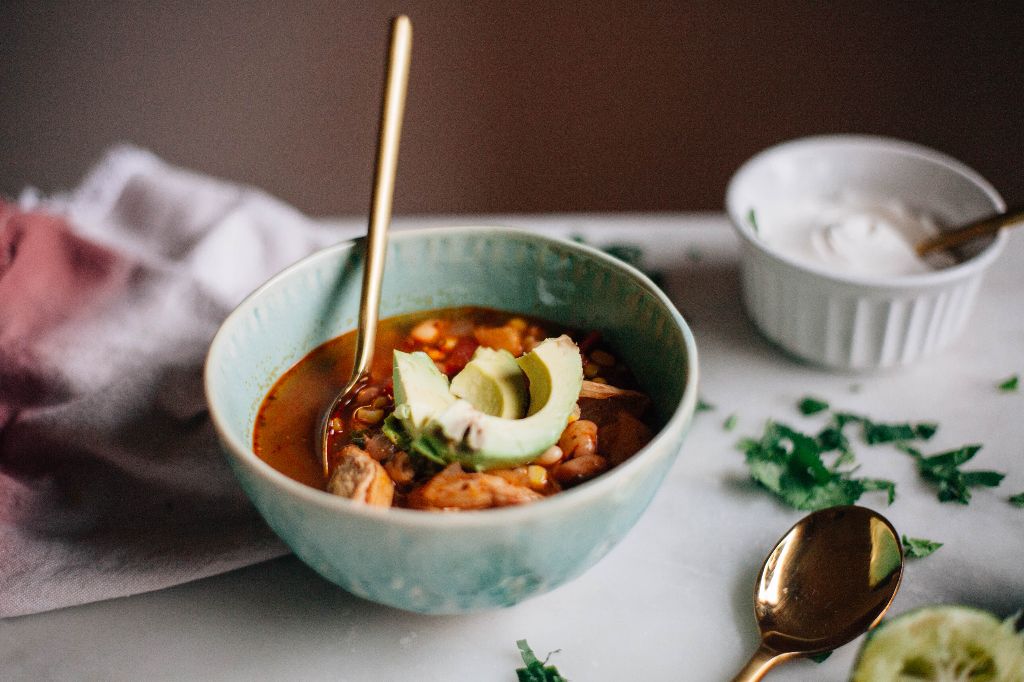 See the full recipe below and let me know what you think! 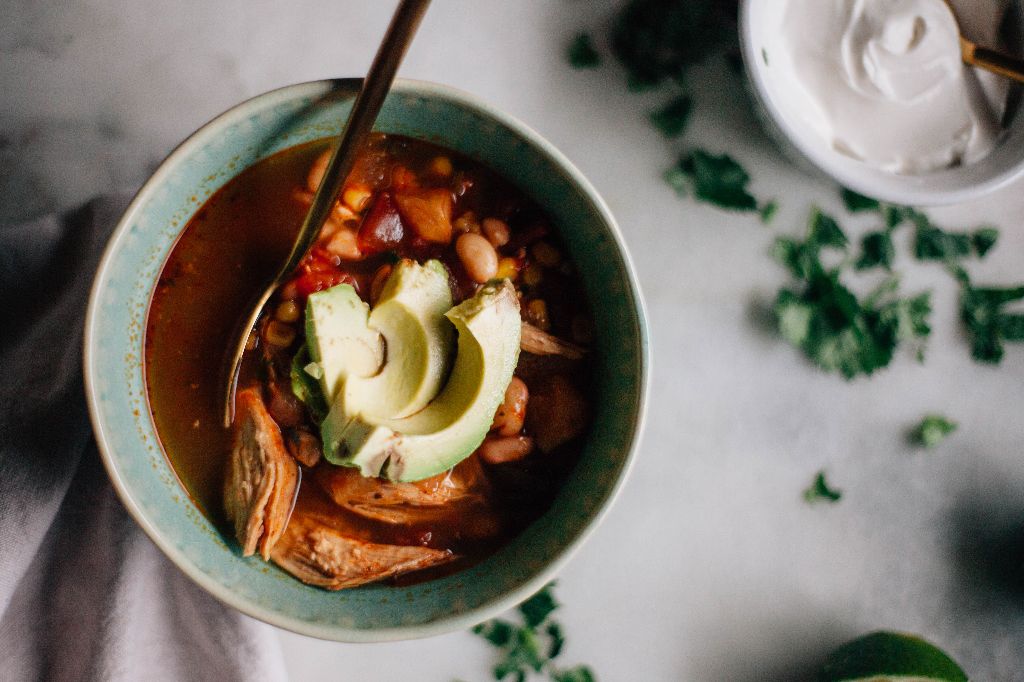 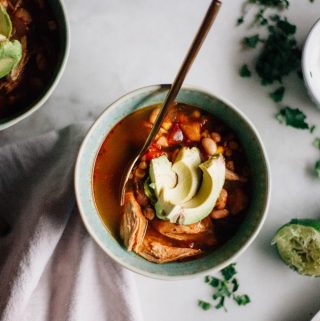 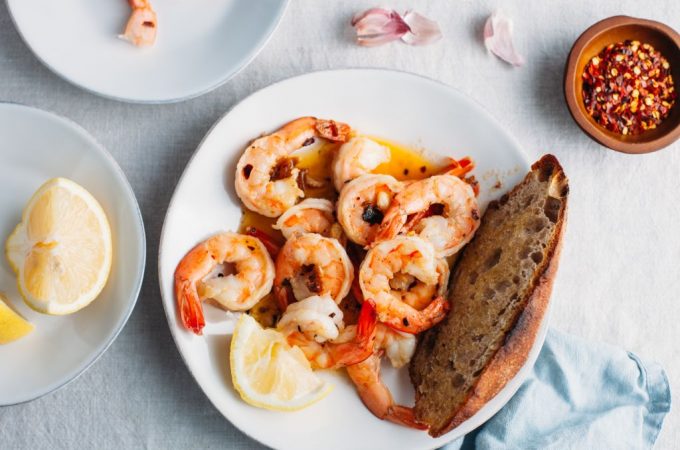 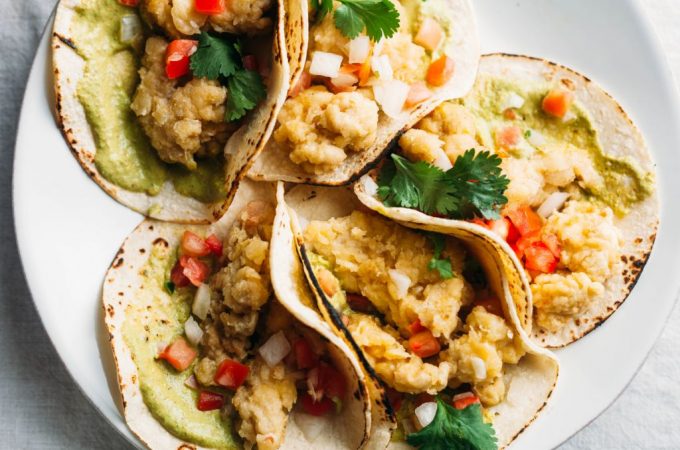 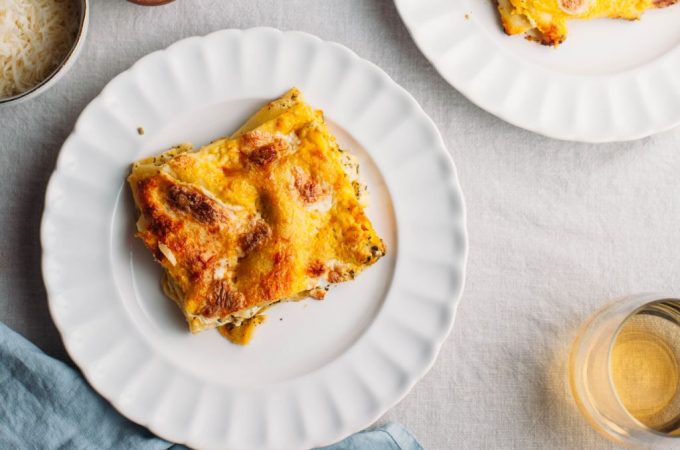