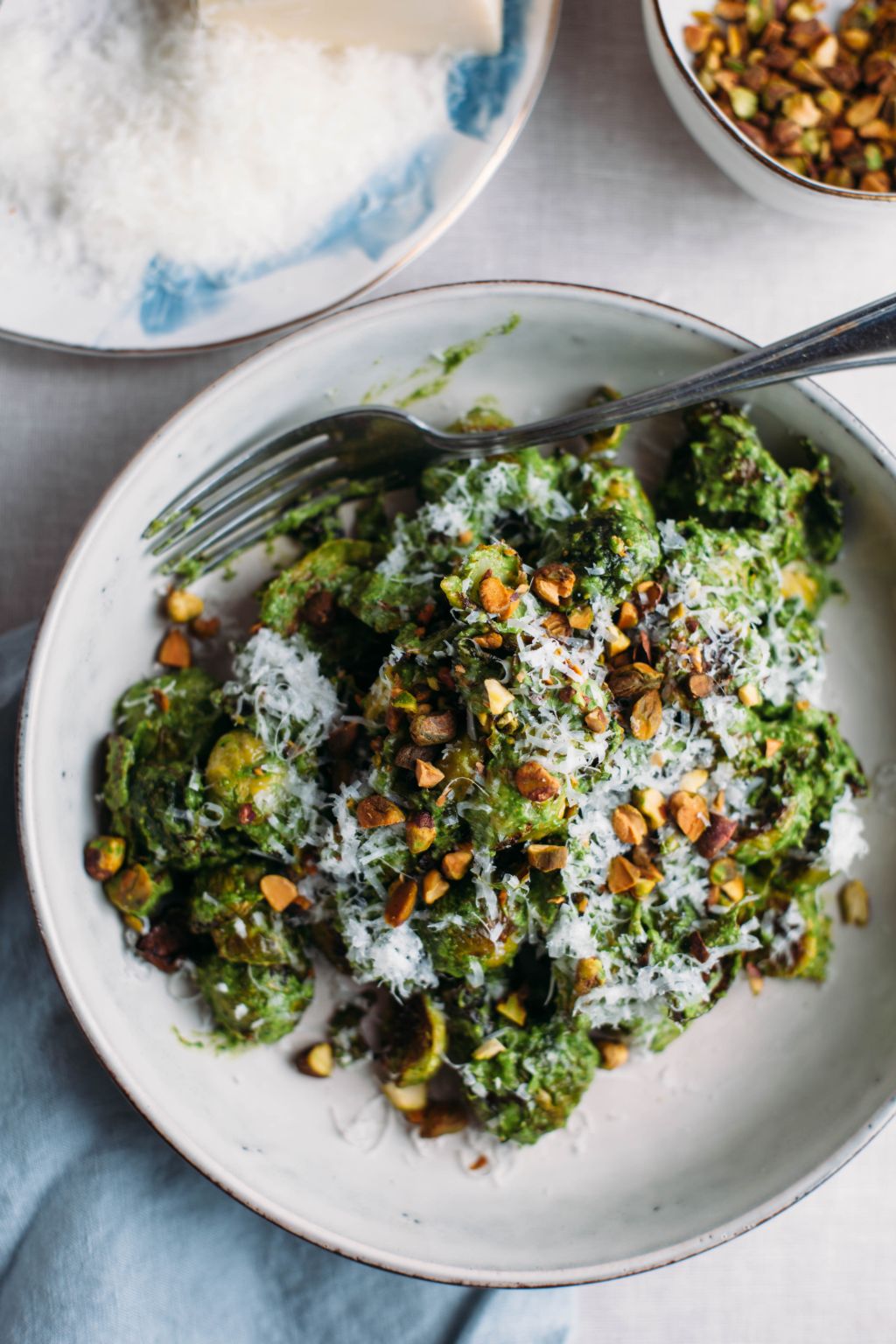 Brussels Sprouts get a bad rap, but in all honesty boiled anything is gross! Every single vegetable under the sun tastes better roasted than boiled. I don’t even think I tried brussels sprouts until I was in college. There’s something lovely about the earthy flavor and the char on one side when you roast them. Plus, this recipe will convert any brussels sprout hater because they’re coated in a silky salsa verde and topped with toasted pistachios and sprinkled with pecorino.

I’ve been having a serious recipe writing block lately, so I did a little Instagram poll on what people wanted to see more of to jog my creativity. A friend of mine asked for more creative ways to cook vegetables, and this recipe came to me. I have a super soft spot for plant based recipes, and this one just felt very me. Plus what veggie isn’t great with a beautiful bright salsa verde and topped with crunchy nuts and salty pecorino cheese?

Let’s get started on this recipe! First, we’ll make our salsa verde. It’s so simple that I just add everything at once to a blender or food processor and puree it. I used parsley, mint, pistachios, basil, olive oil, red wine vinegar, lime juice, a deseeded jalapeno, a halved shallot, garlic, and a couple pinches of kosher salt. Note that this may make more salsa than you need, so go easy when you dress the brussels and do just a little at a time. 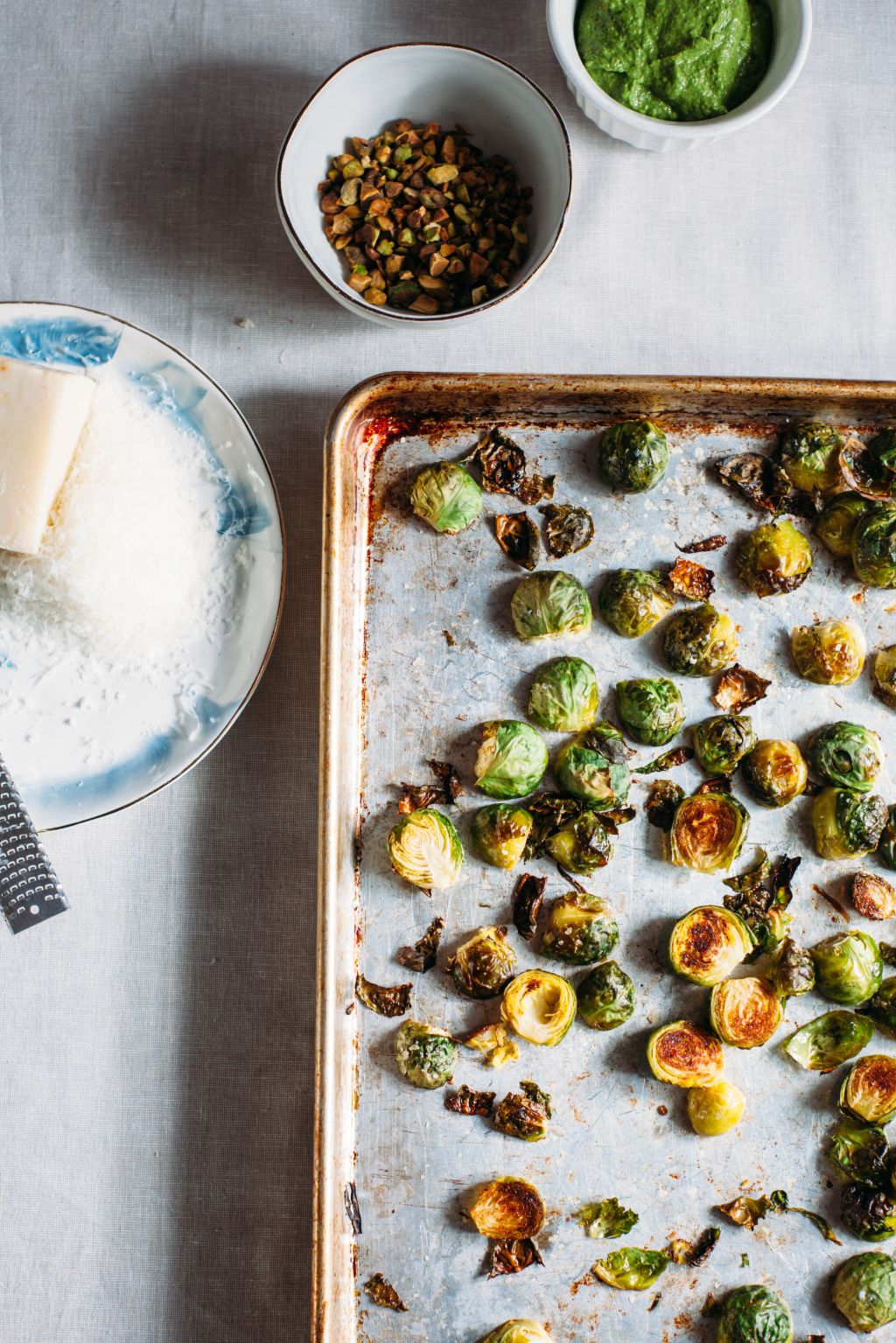 Next, we’ll roast the brussels sprouts. Toss them in olive oil and kosher salt on a baking sheet, being careful not to overcrowd them. Then place them cut side down to roast for 20 minutes. 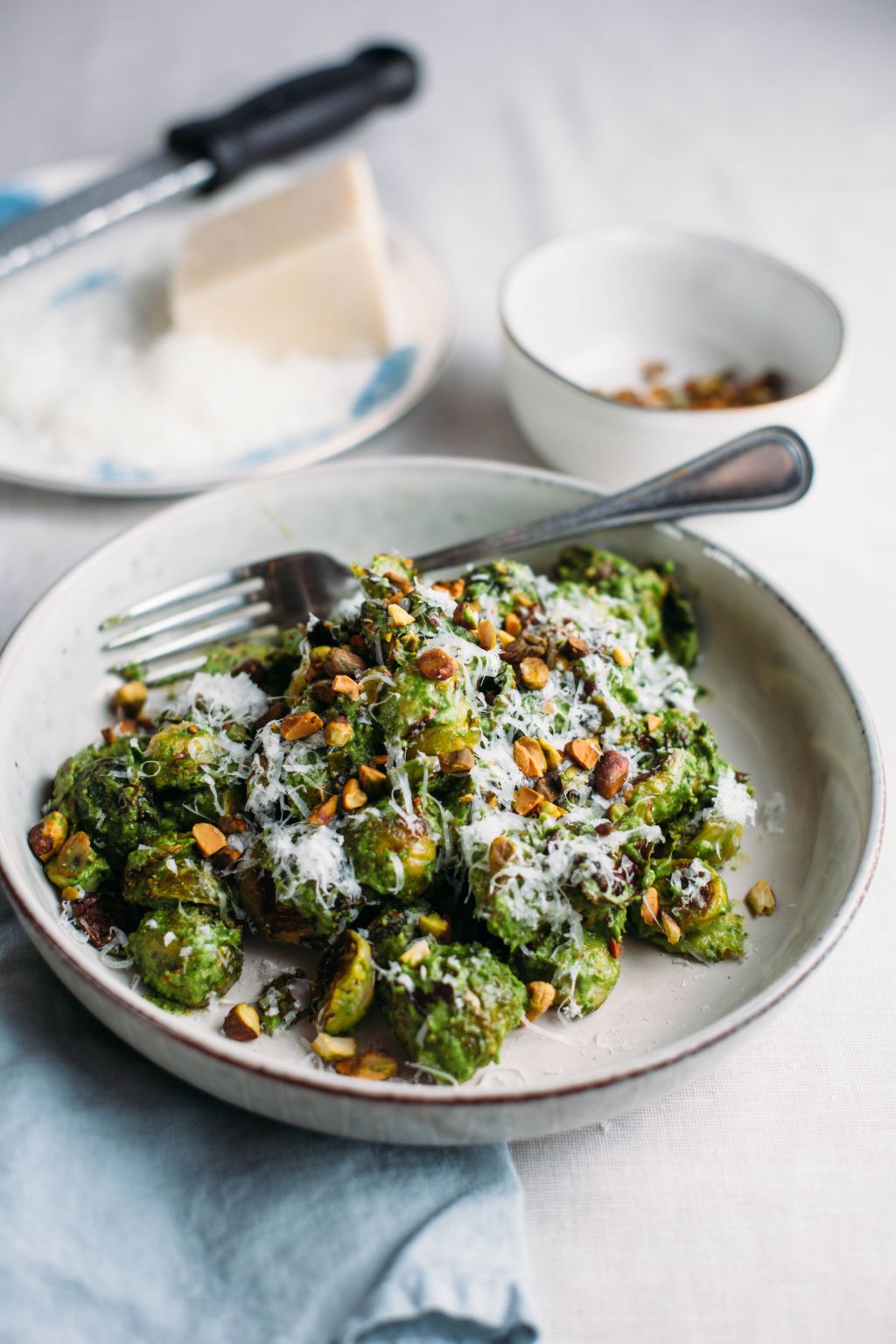 Toast some pistachios and chop them up roughly. In a large mixing bowl, mix the brussels and half the salsa verde until the brussels are coated. Then place them in a serving bowl, and top with the pistachio and grated pecorino romano cheese. That’s it! Just a simple and pretty green way to eat your veggies. 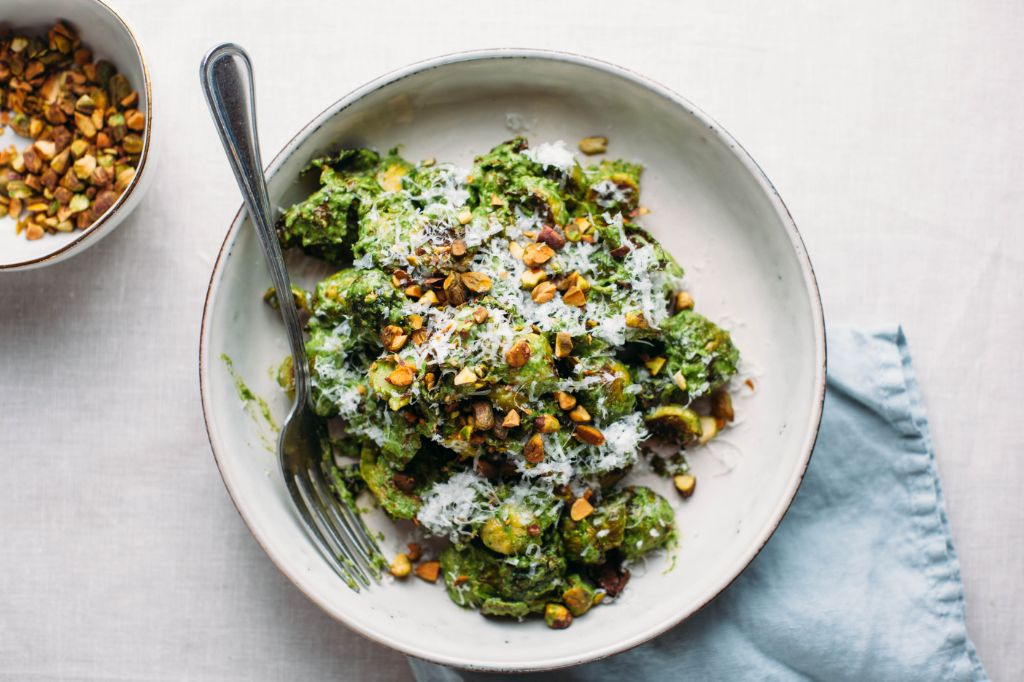 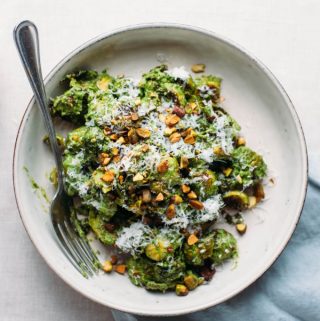 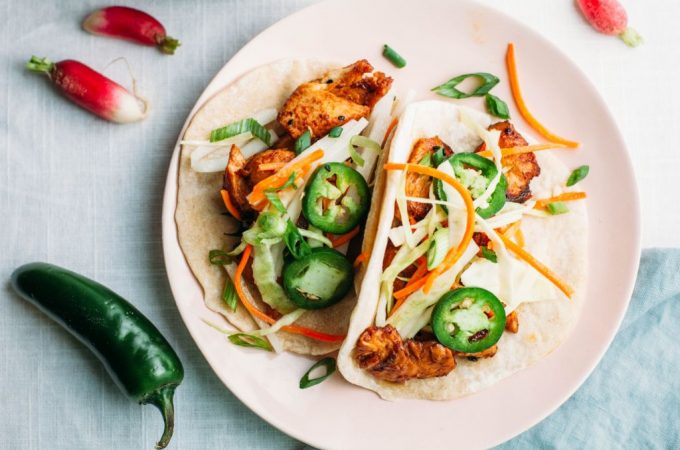 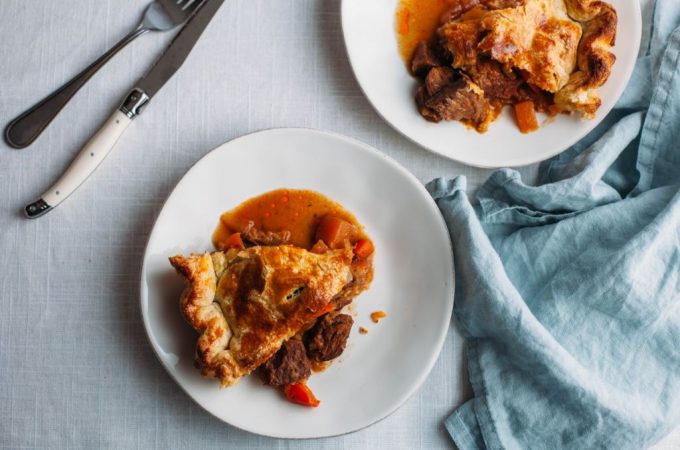 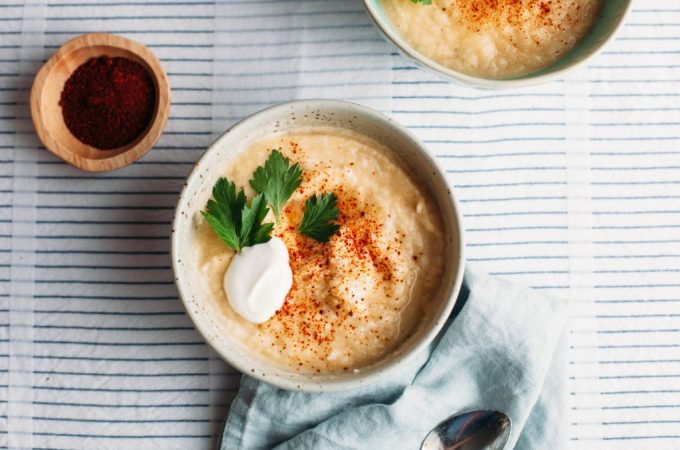