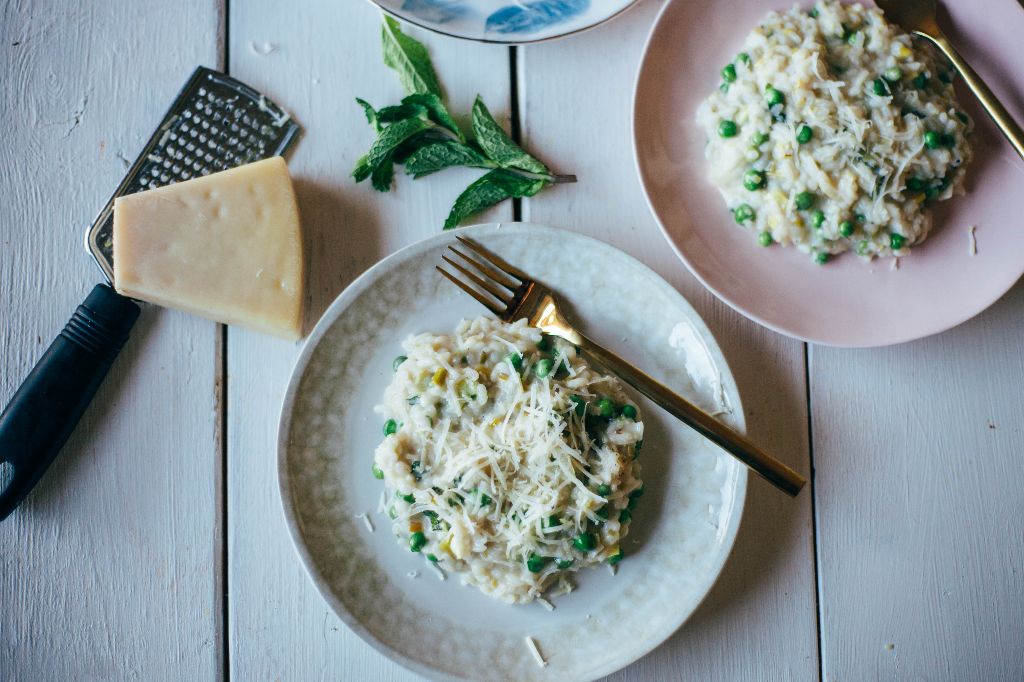 Leeks are like the cooler older brother of the onion. They’re a little more subtle, slightly sweet, and they soften up like butter when you saute them. Now that it’s spring, I’m totally swapping out my onions for leeks in just about every recipe. They’re in season, fresh tasting, and in their prime. Add leeks to risotto with some mint, fresh peas, and goat cheese, and we’re in business.

It took me many years to fully figure out what risotto was supposed to taste like. The gluey messes I made over the years are too many to count. Finding out exactly what makes the perfect risotto is something I have finally figured out. The first secret is soaking the rice first and using the starchy water in the cooking. I learned this from A Cozy Kitchen. Also, I had been cooking my risotto to death for a long time, but I realized that if you simply keep your broth simmering, you won’t shock the rice, and it will take less time to cook. Just 20 minutes exactly is all it takes. Risotto should taste slightly soupy, but never gluey or sticky. That’s how you know you did it just right. 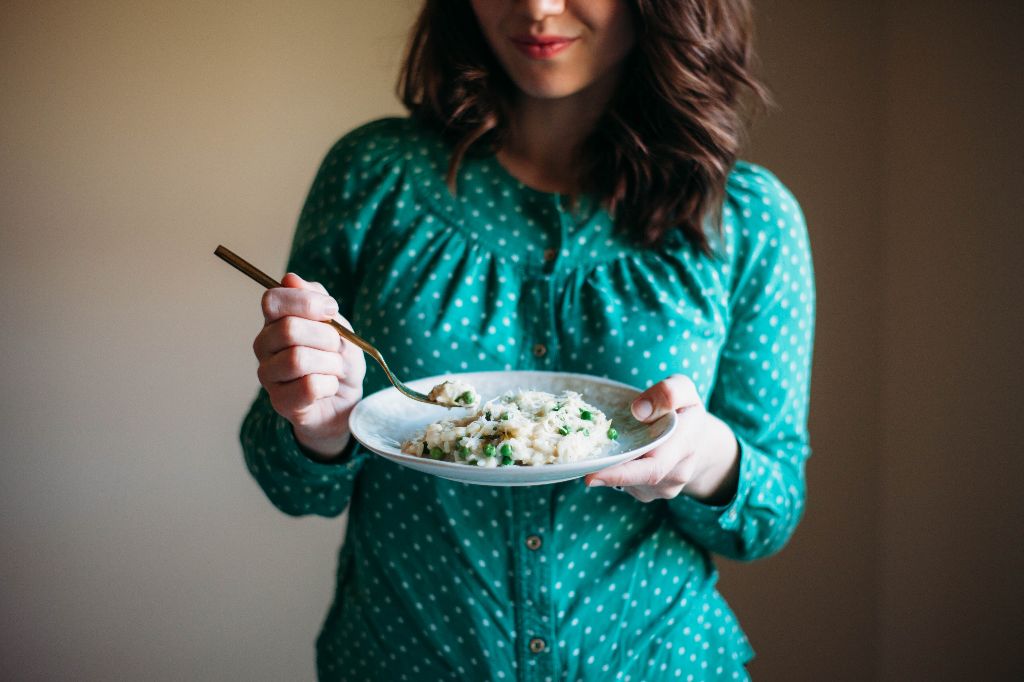 First for some prep. Make sure you soak your arborio rice first. You’ll pour the cup of rice into a bowl. Add enough water to cover it by an inch. Let this soak for five minutes and reserve the starchy water for cooking. You’ll need a half cup. Drain off the rest. 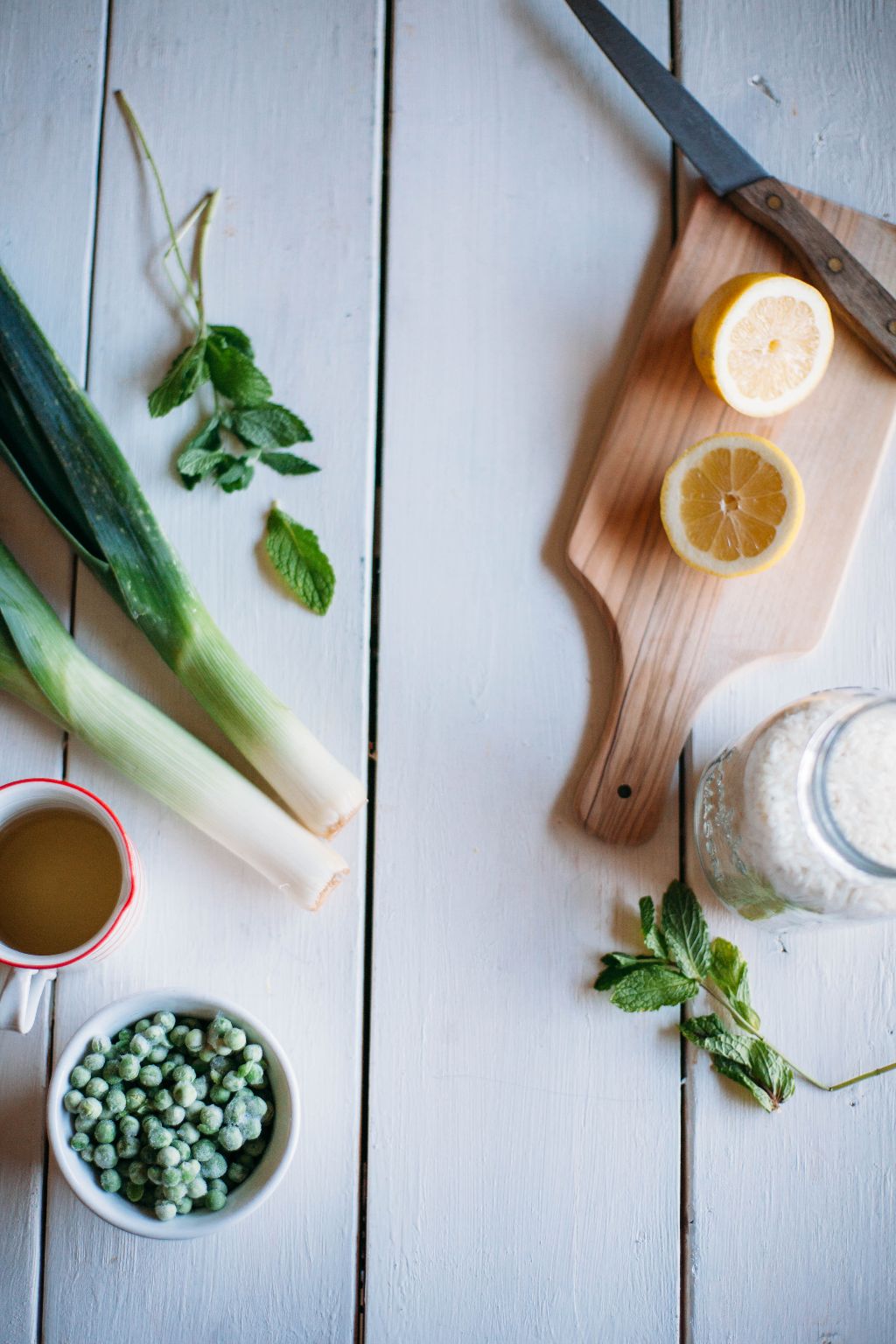 Knowing how to cut leeks can be a mystery to some. I’ll show you how! First, cut off the white end. Then cut off the leaves right where they start to branch out. 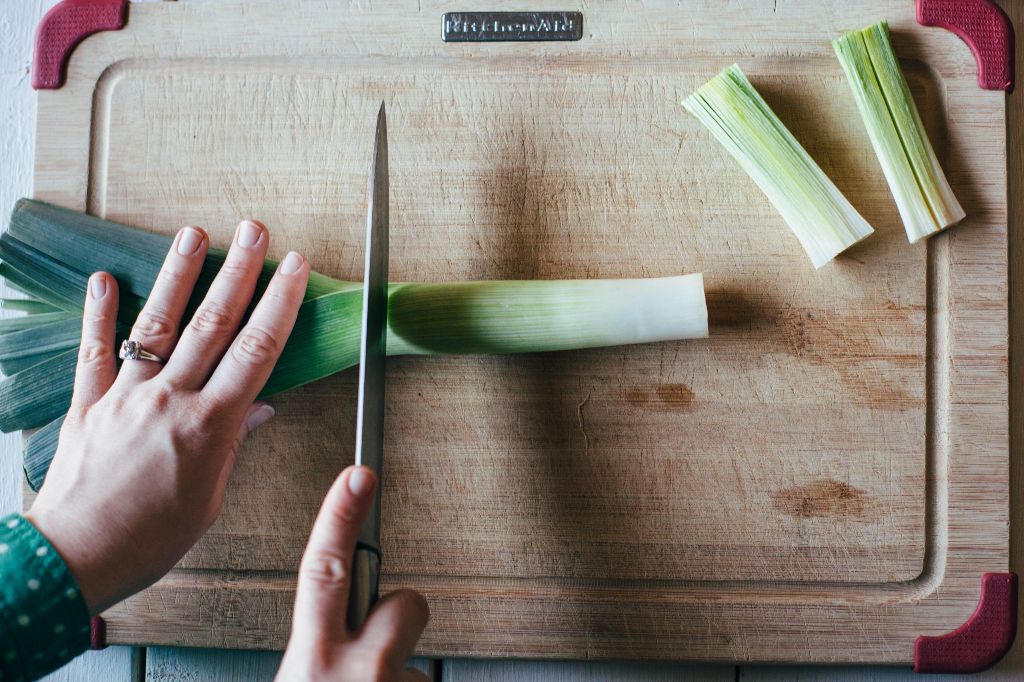 Cut the leek in half long ways. 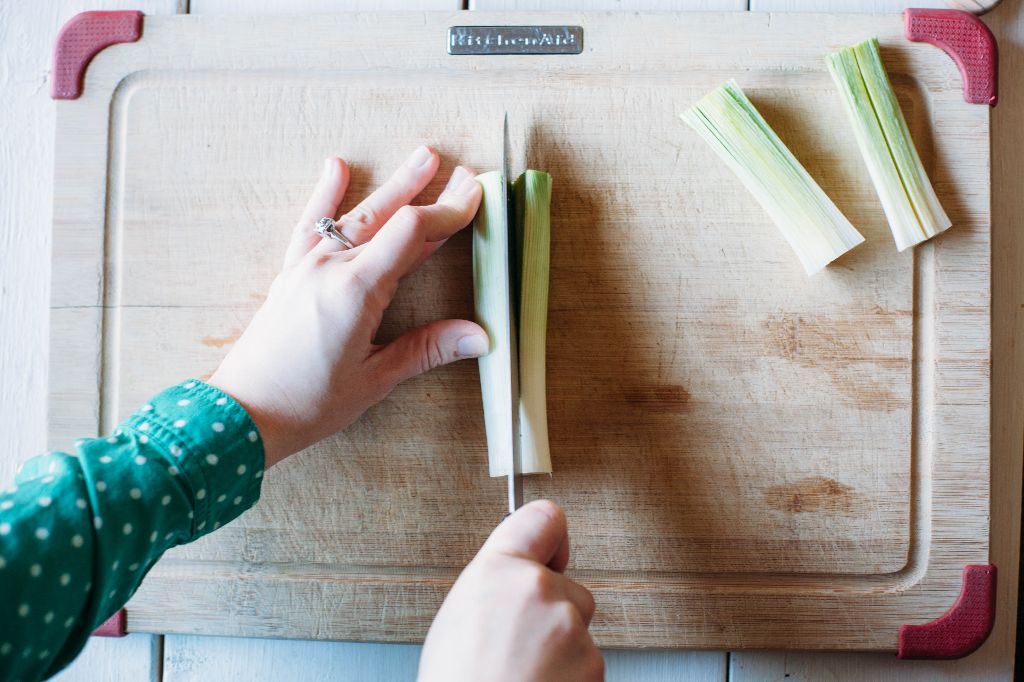 Peel off the outer layer. You can also rinse between all the layers by simply running water over the halves. It’s a root, so there can be some dirt in there. 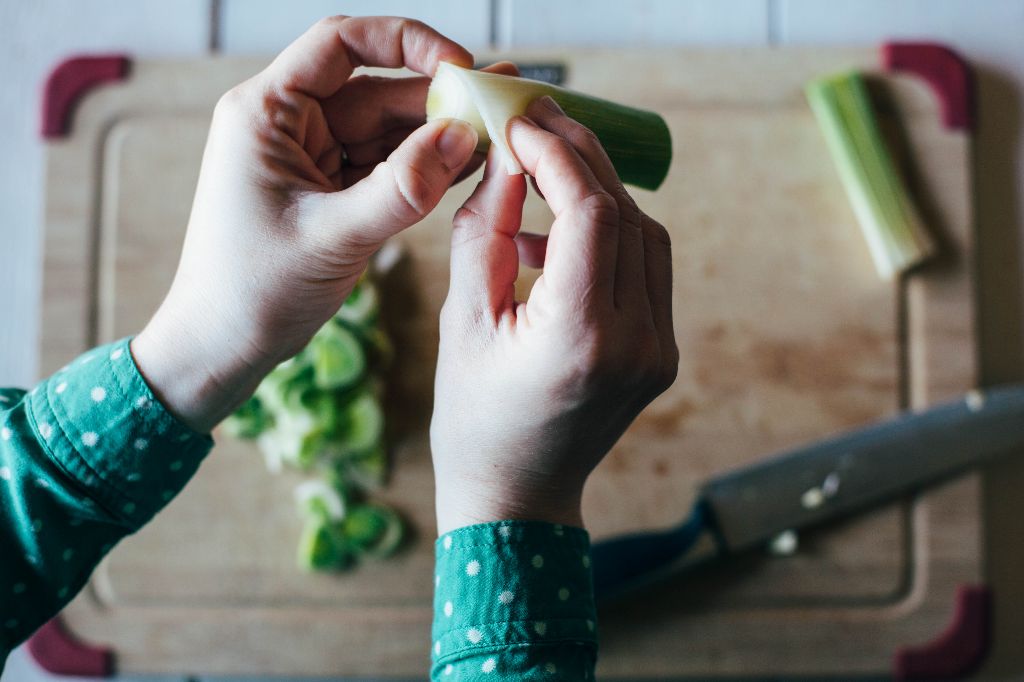 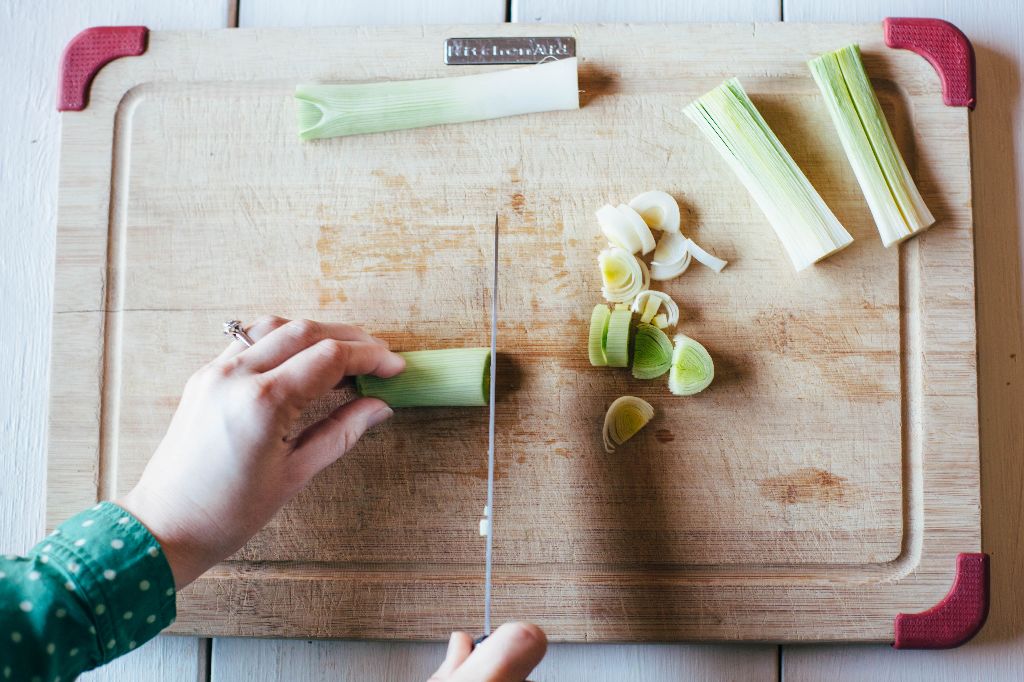 Then pick your mint leaves and chop them roughly. 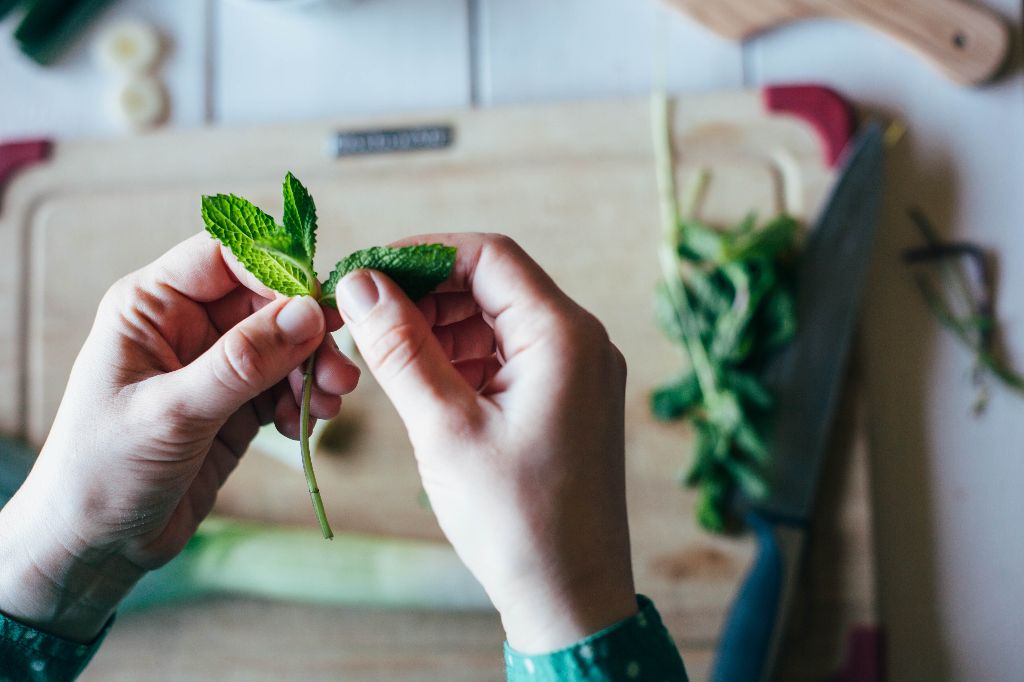 Simmer your broth and get to work! You’ll want to start your pot of simmering broth before you start sauteeing the leeks. Keep it on low the whole time while you cook.

Add your butter to the pan with some leeks and get those leeks nice and soft. Then add your soaked rice for toasting. Let it saute for a couple minutes. Then add your starchy water and wine. Stir the whole time while the rice absorbs the liquid. Risotto requires you to stir for a full twenty minutes, so get ready!

You’ll simply add a half cup of broth at a time, stirring while the rice absorbs it. After about 20 minutes it’ll be cooked and slightly saucy, not gluey. Season it with salt and pepper to taste. Then you can remove it from heat and add the lemon juice, lemon zest, goat cheese, peas, and parmesan. That’s it! 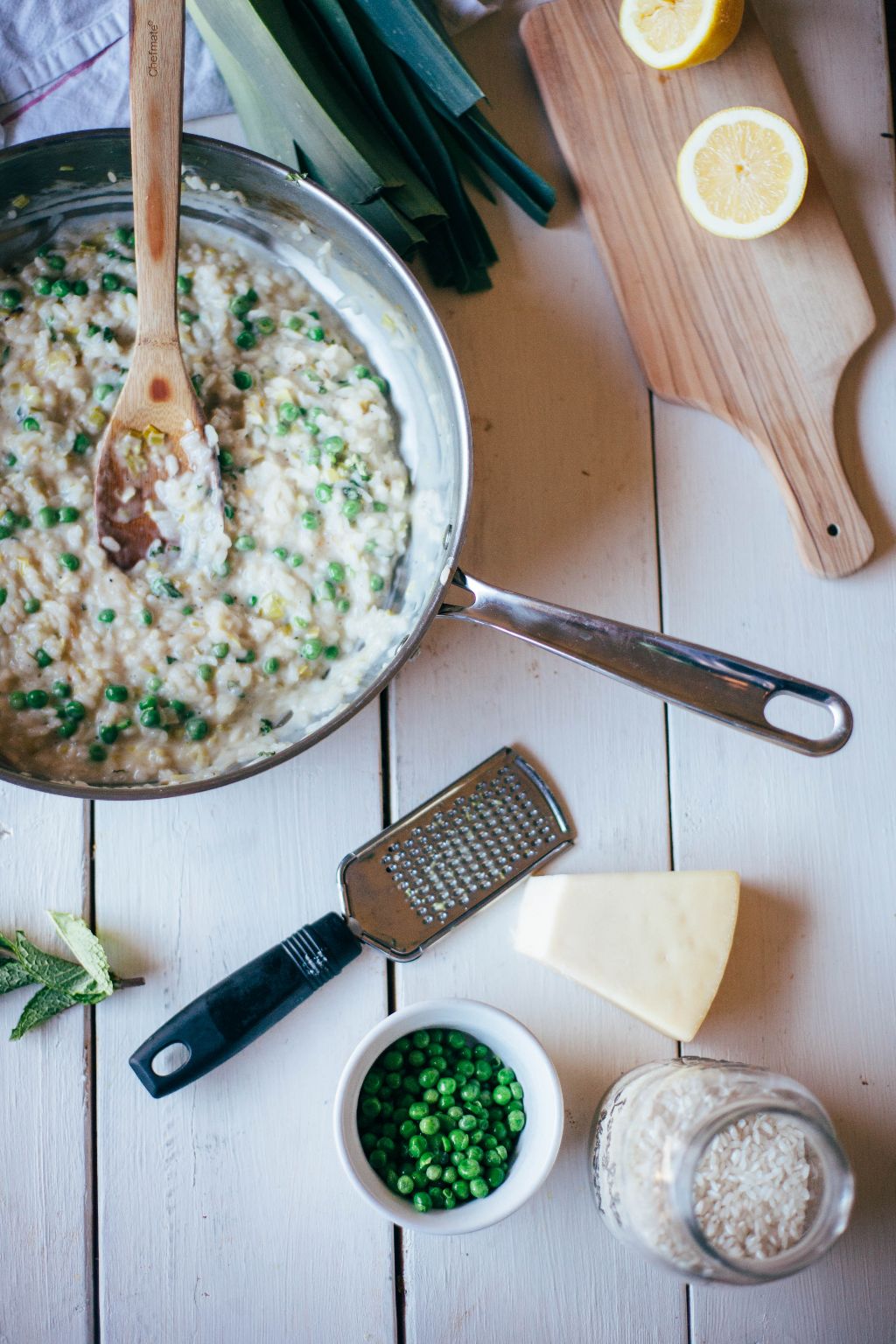 Even though risotto requires 20 minutes of stirring, it’s only 20 minutes! It’s absolutely worth it to have dinner on the table in a half hour. 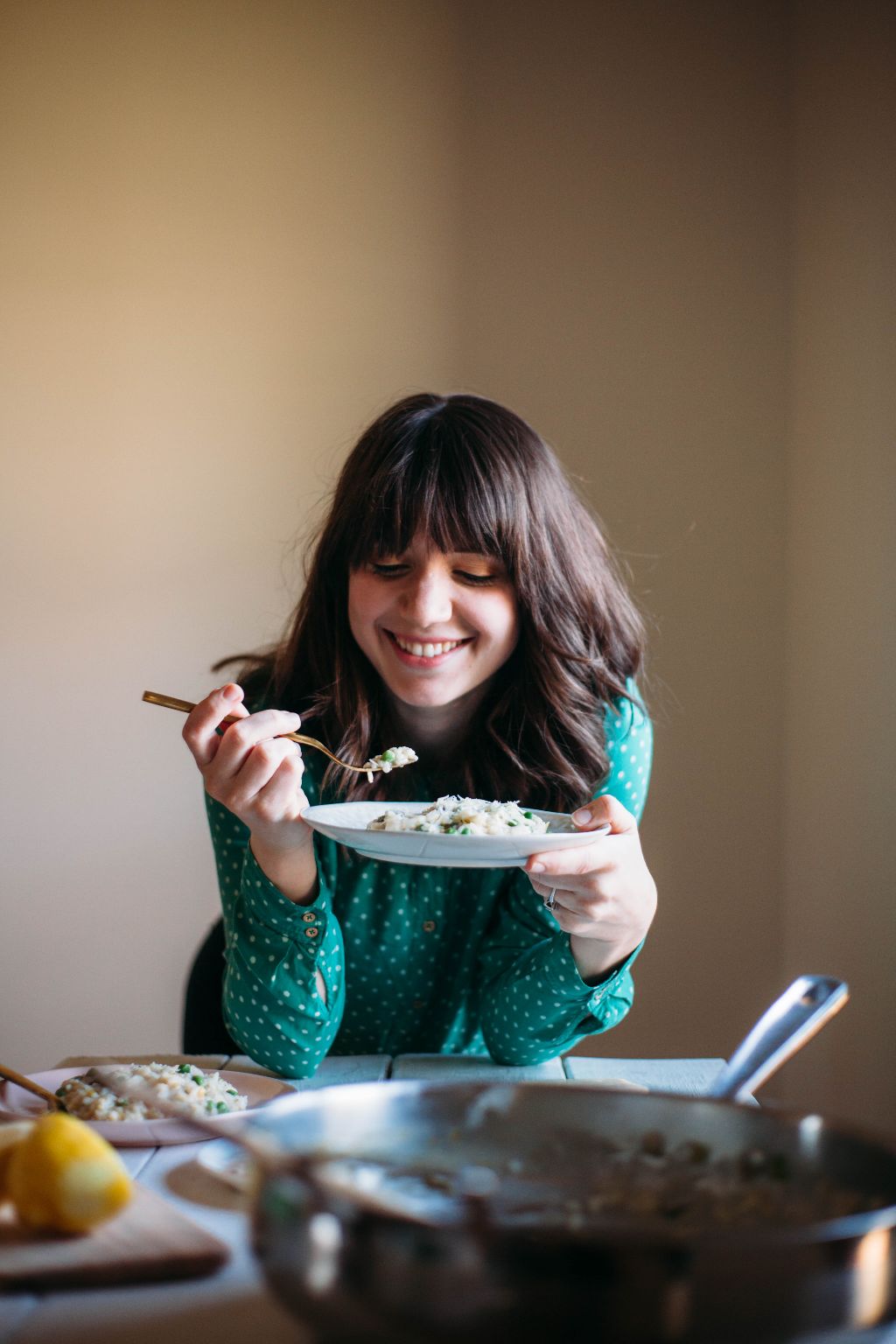 See the full recipe below! 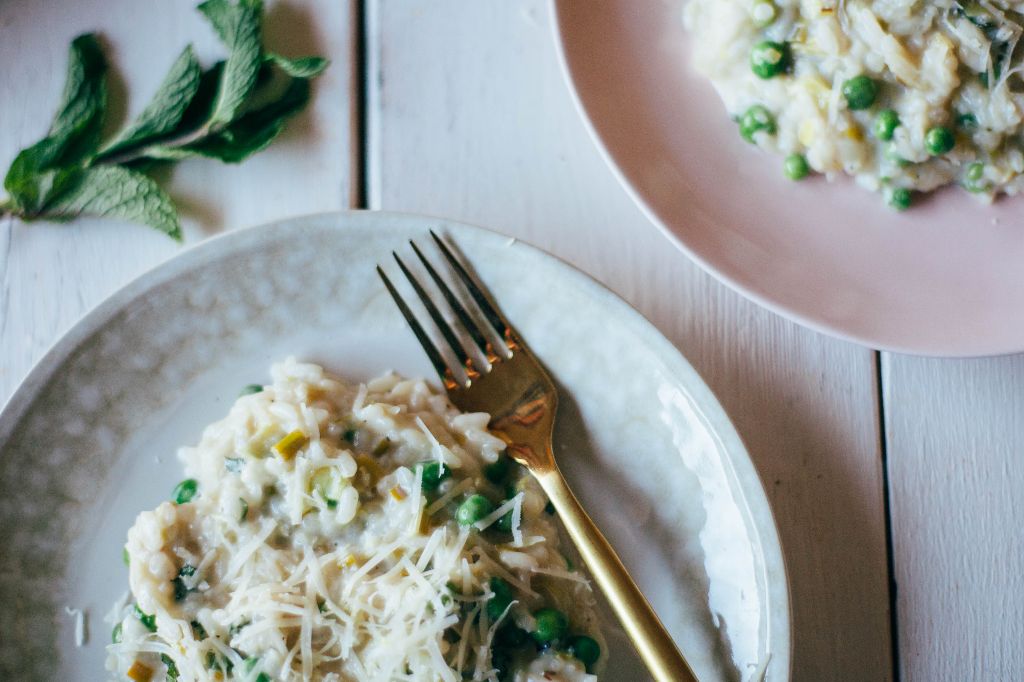 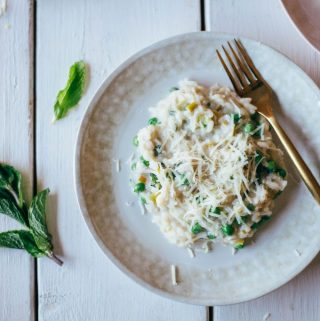