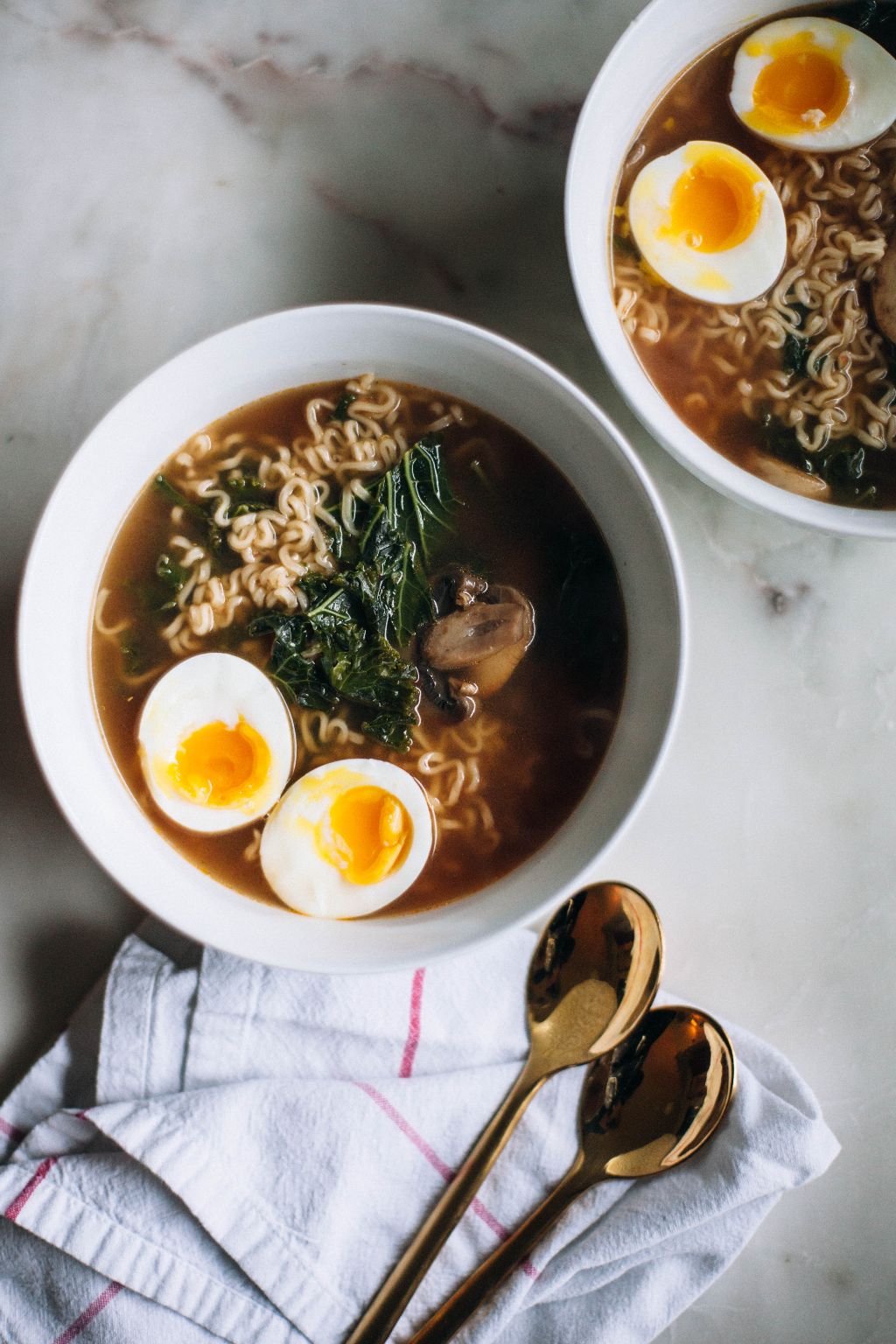 Even for someone who really loves cooking, there are nights when I come home from work and the thought of cooking is unbearable. Especially after working out, you know? My spaghetti legs cannot be dragged to the stove after a long and arduous albeit forced workout. That’s when my weeknight secret comes in. I make the cheap ramen packets into something worth eating, with very few ingredients. Just some sliced mushrooms, kale, minced ginger, and you’re on your way to a warming broth bowl in just 20 minutes. 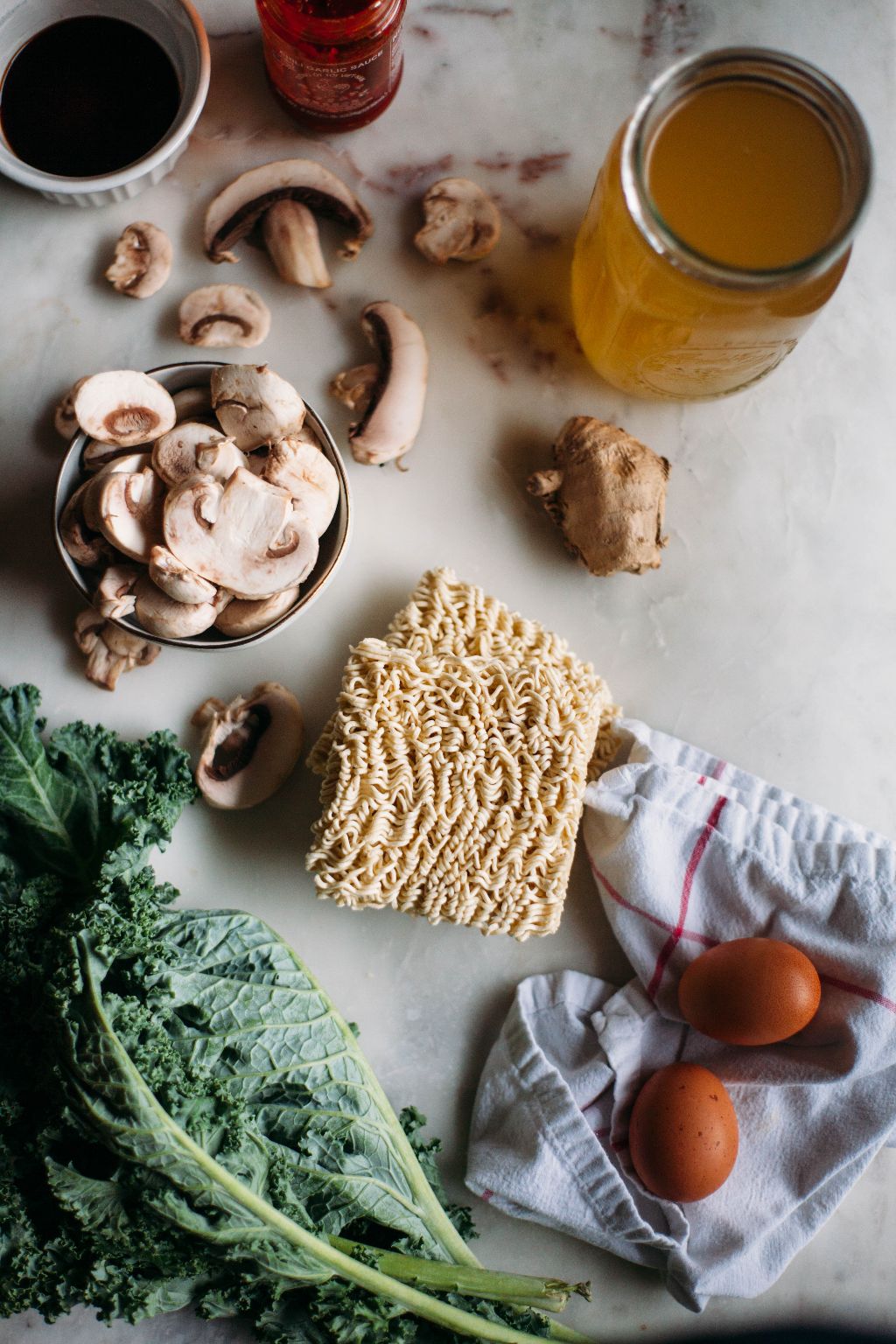 First I like to soft-boil the eggs. You’ll lower them into simmering water for six minutes and then run them under cold water and let them cool. Simple as that.

To start the ramen, saute your minced ginger and mushrooms in oil for five minutes. Add a tablespoon of soy sauce and stir in the kale to wilt a bit. Then pour in all that vegetable broth, the remaining soy sauce and chili garlic sauce. Bring to a boil. 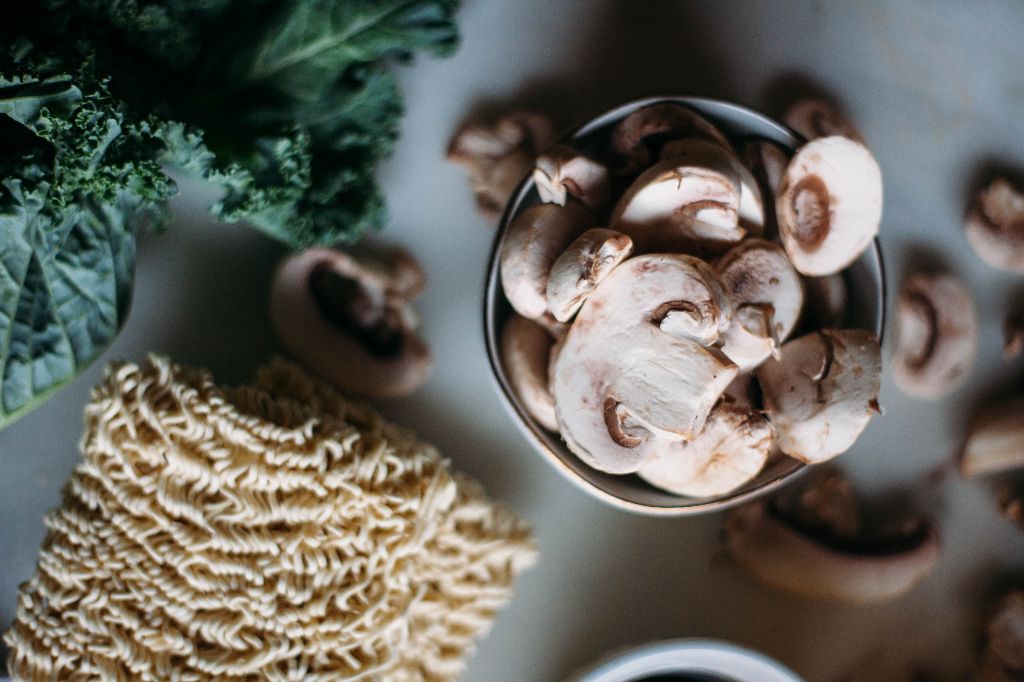 Once boiling, add the ramen noodles and boil for two minutes. Pour broth into bowls. Then remove the shells of the eggs and halve your eggs. Place a halved egg on each broth bowl. 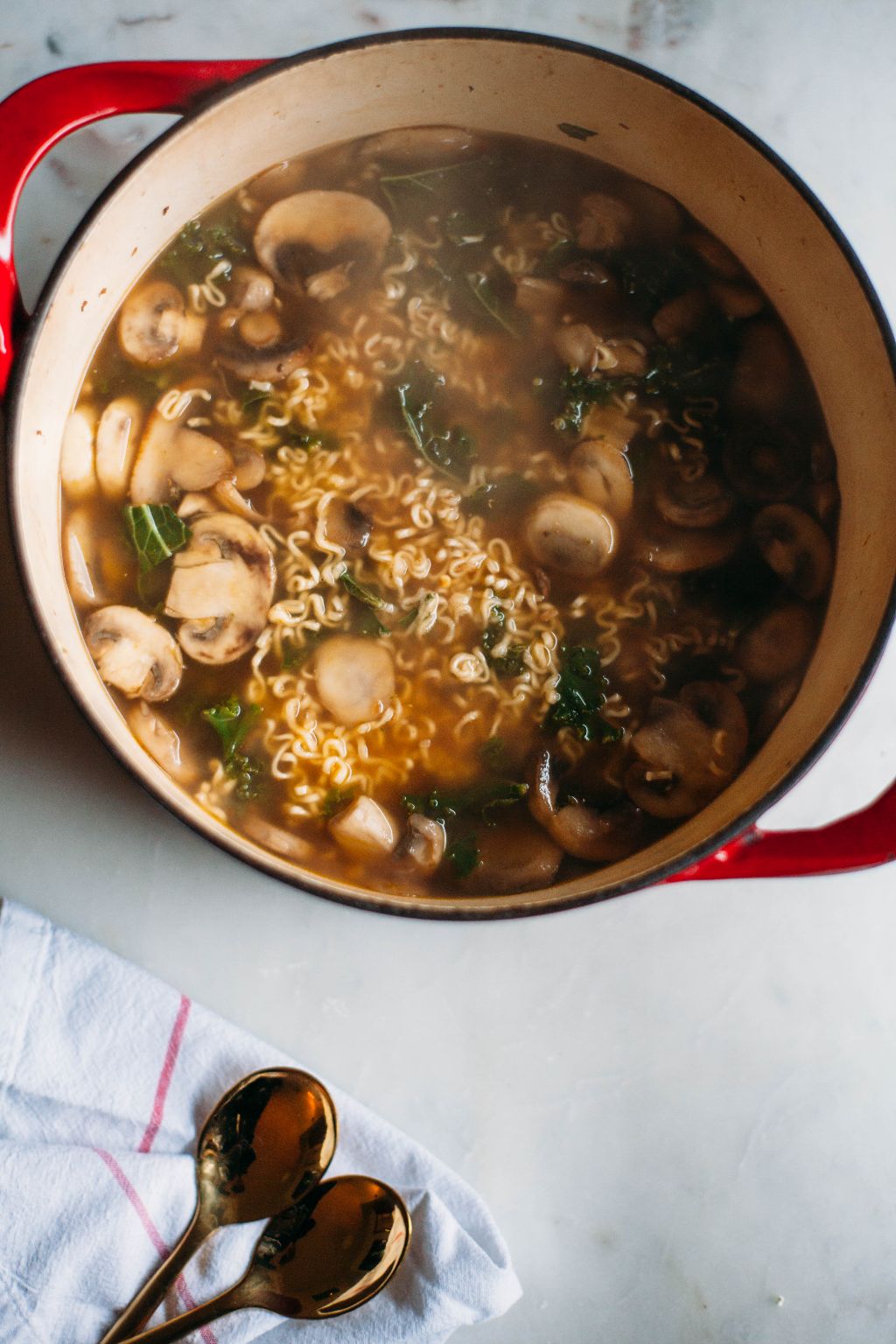 Love this easy ramen recipe. It seriously only takes 20 minutes, and it’s warming and delicious. See the full recipe below. 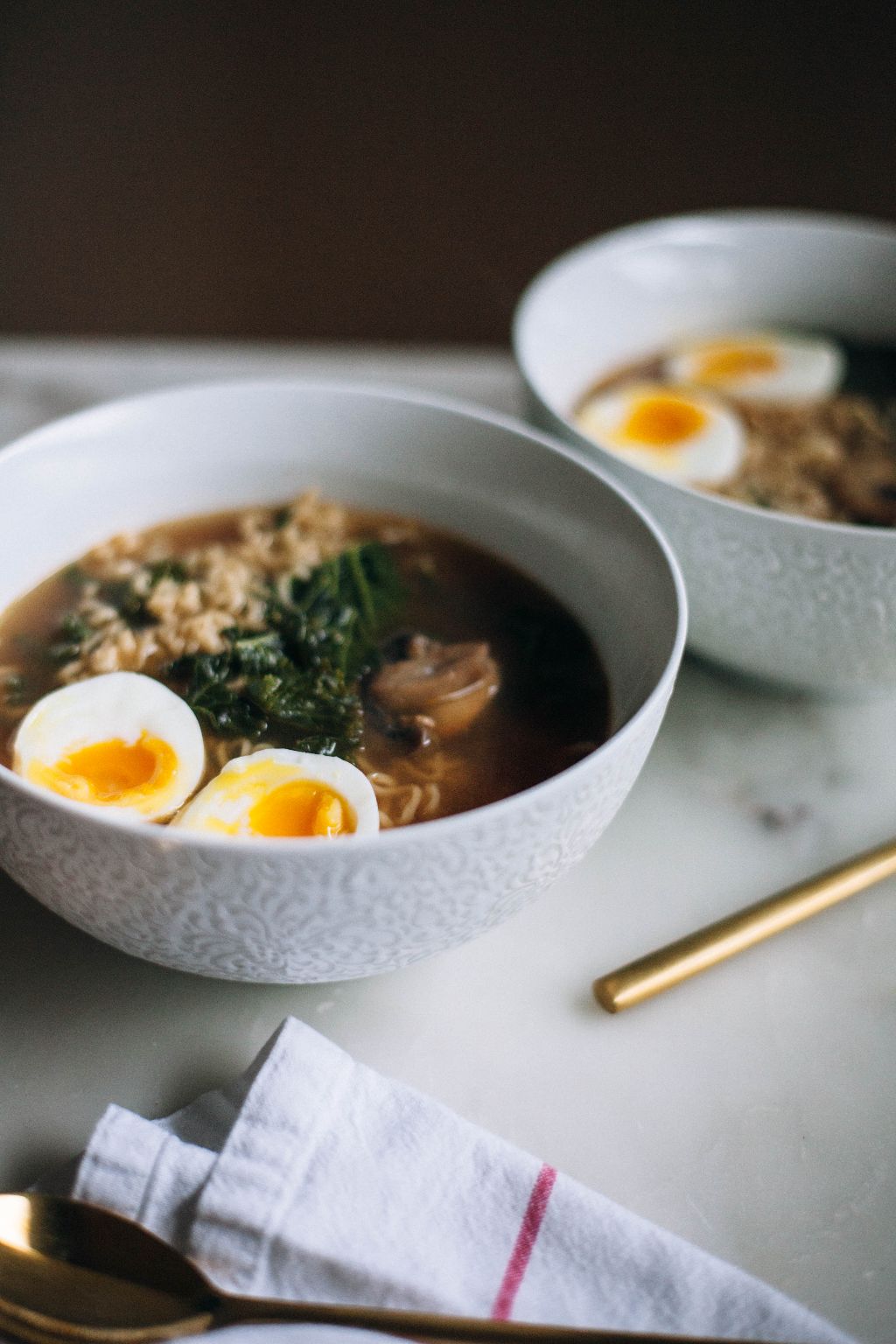 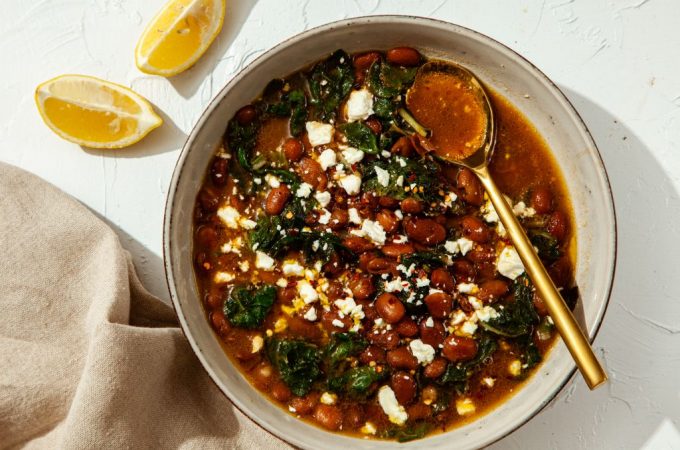 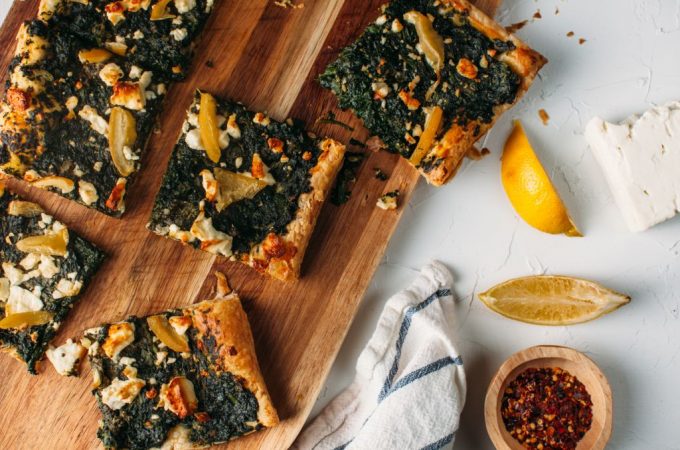 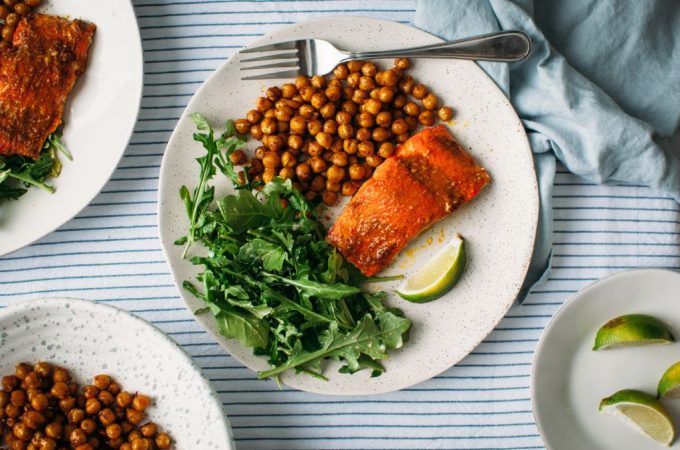