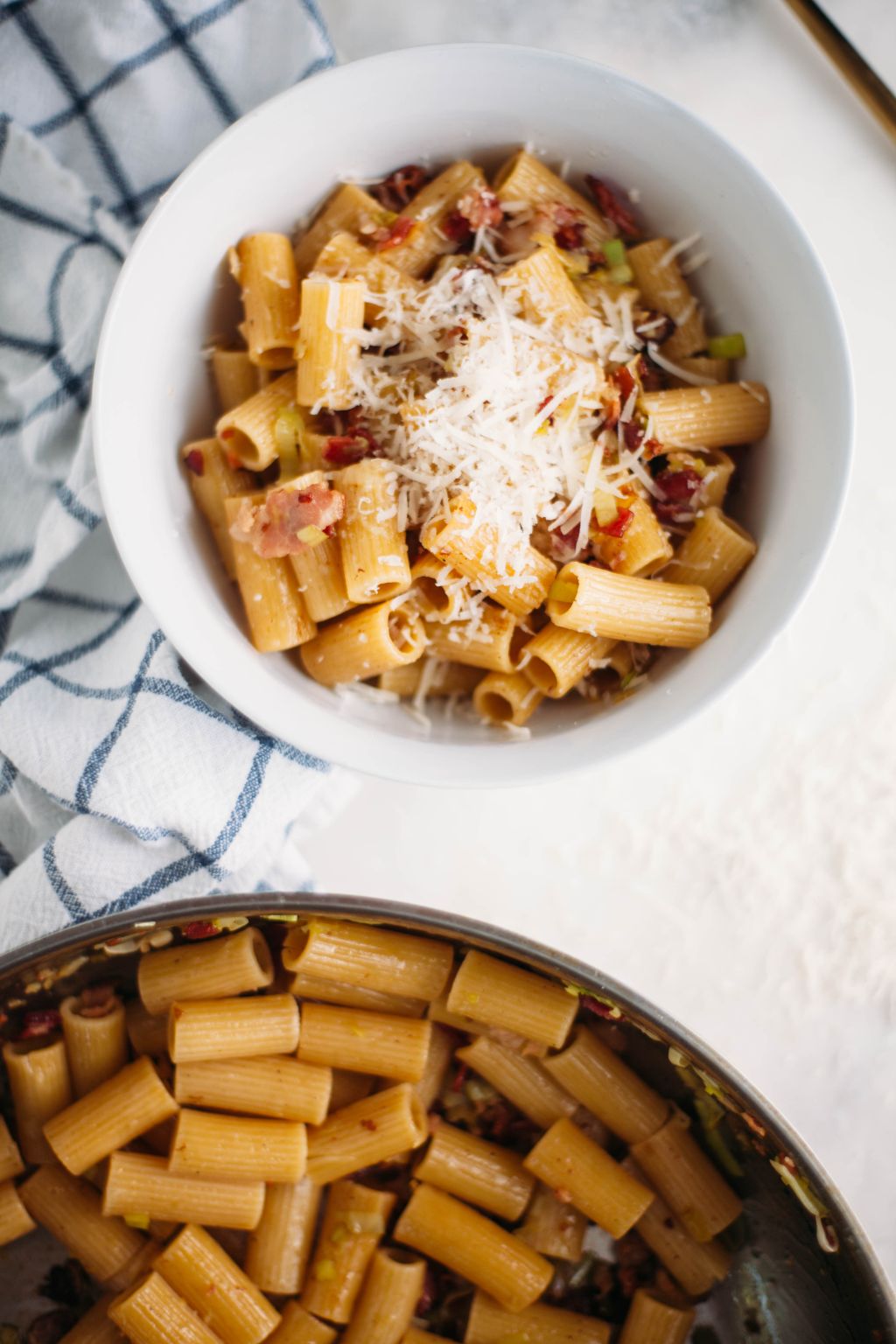 Though running has become part of my routine, today I went a little further just so that I could eat more of this Rigatoni with Leeks and Bacon. I have my priorities! It’s the little delights that keep the good vibrations coming. Usually, a cup of tea after lunch feeds my spirit. Or a phone call to an old friend energizes me. And sometimes it’s a run followed by bowl of rigatoni with crispy leeks and bacon sprinkled with parmesan. That’s what today looked like.

Lately, my spirits have been low, and I notice that I’m more anxious than ever. It’s amazing how a run can cure it all in a matter of just thirty minutes. It feels as if the clouds part and I’m in my reasonable mind again. Every freak out and anxiety attack before seems trivial post-run. If you’re feeling anxious like me, the best therapy I’ve had is being outside, soaking up the sunshine. And after that you’ll need fuel, in the form of pasta, my weakness.

Let’s get started on this recipe! Slice off the leek end and greens. Then slice it down the center longways, and rinse out all the dirt. Thinly slice the leek crosswise. Slice the bacon into 1/4 inch strips. Fill an 8 quart pot of water halfway and salt the water, bringing to a bowl over high heat. Wait for the water to come to a rolling boil. 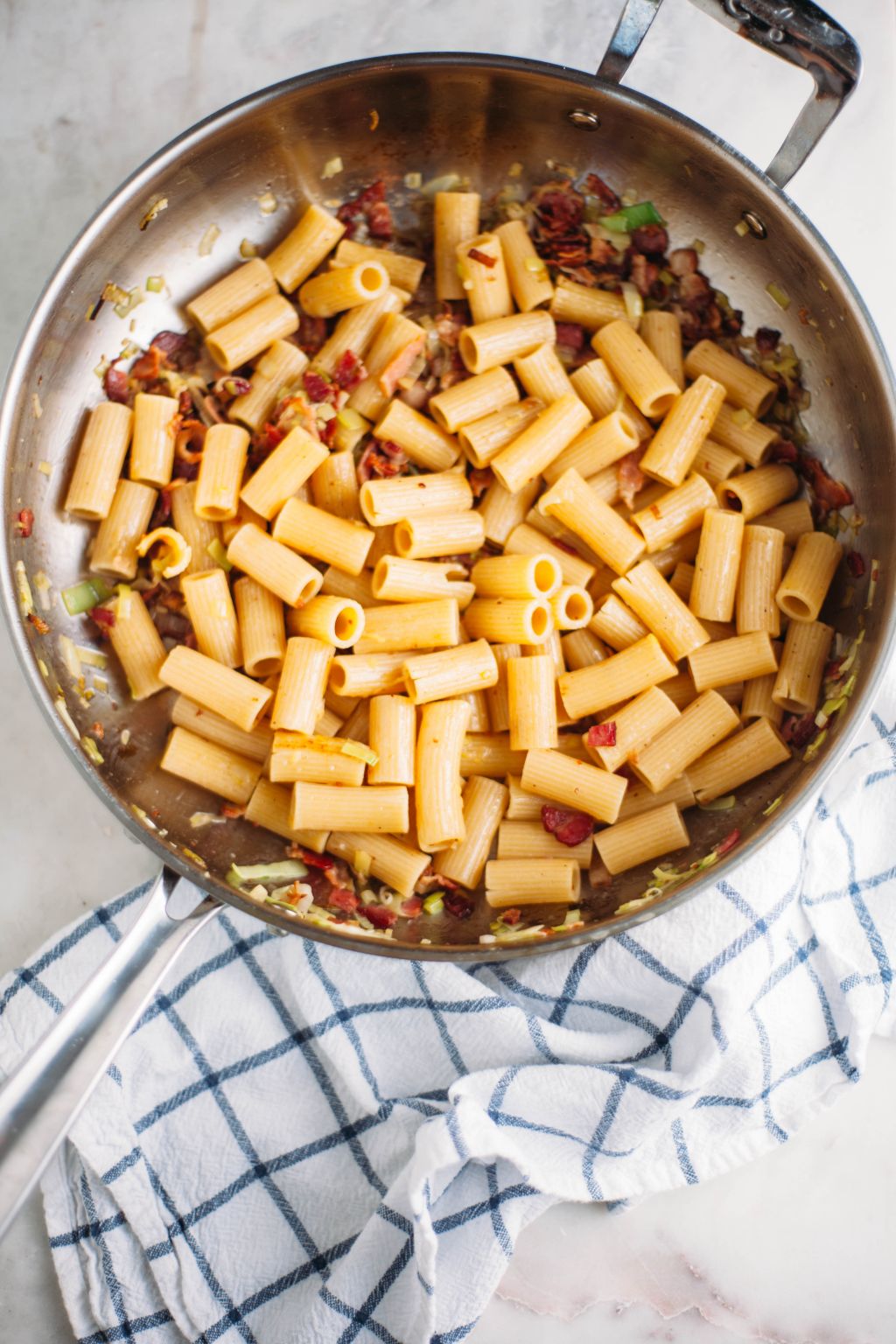 Meanwhile, bring a large deep saucepan or dutch oven to medium heat and add the olive oil. Once hot, add the bacon and cook until it gets browned and crisp. Add the leeks and turn down the heat to low. Now, add your pasta to the boiling water. 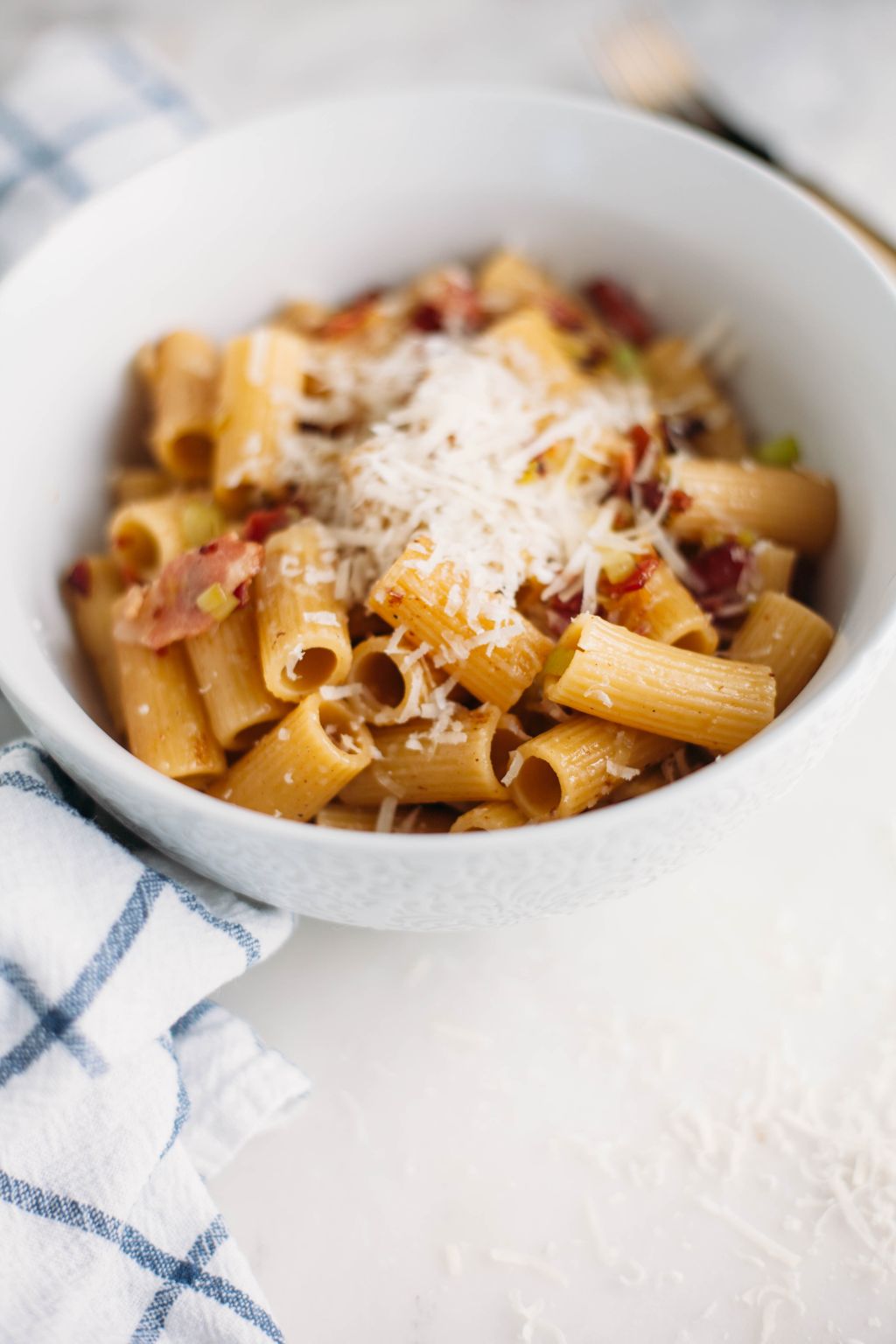 Let the leeks cook slowly while your pasta is cooking. Reserve a cup of pasta water and then drain the pasta. Immediately put the pasta into the leek and bacon mixture. Toss to coat and add salt and pepper, lemon zest, and about a half cup of pasta water, stirring. Remove from heat and serve into bowls. Top with Parmigiano Reggiano. See the full recipe below. 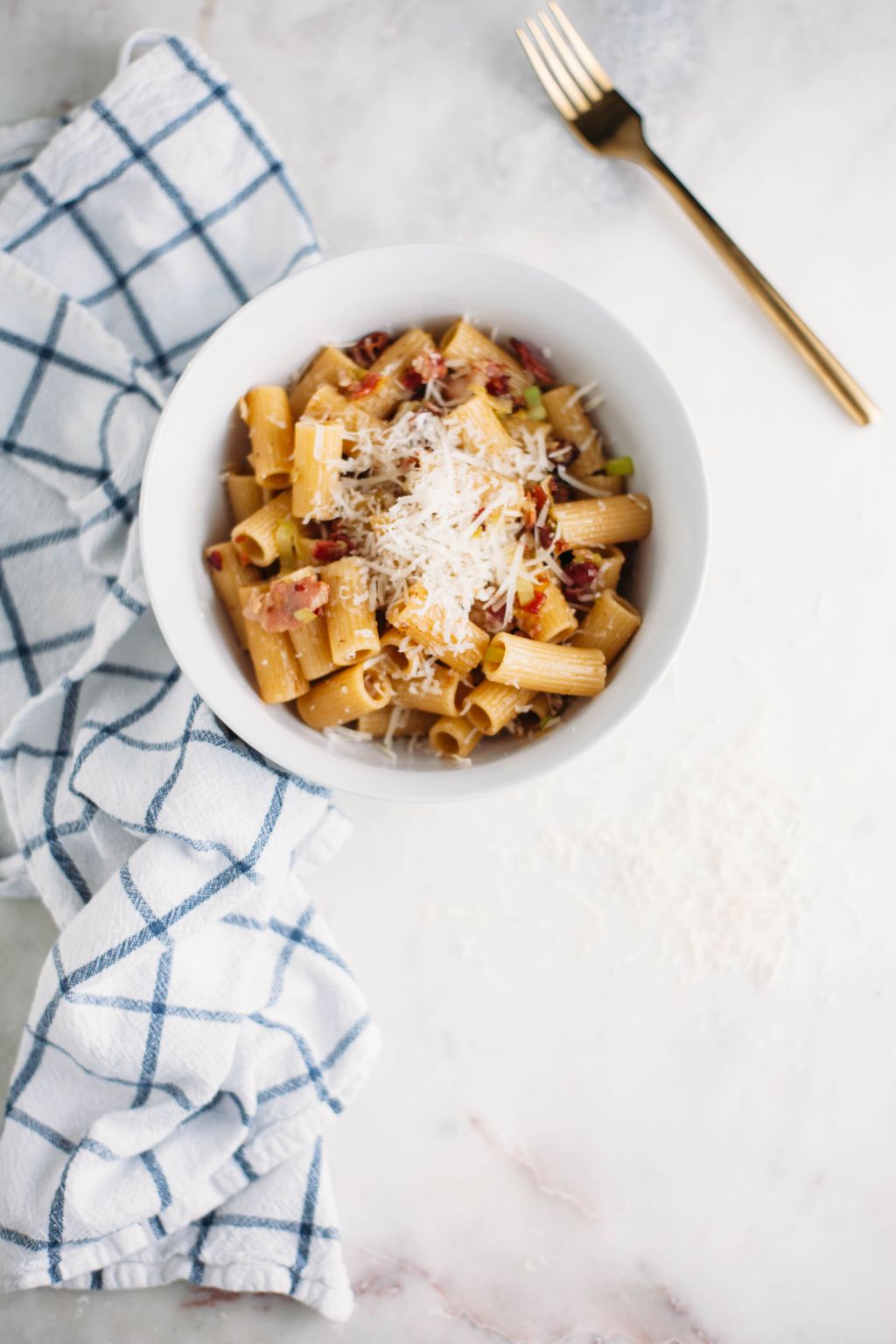