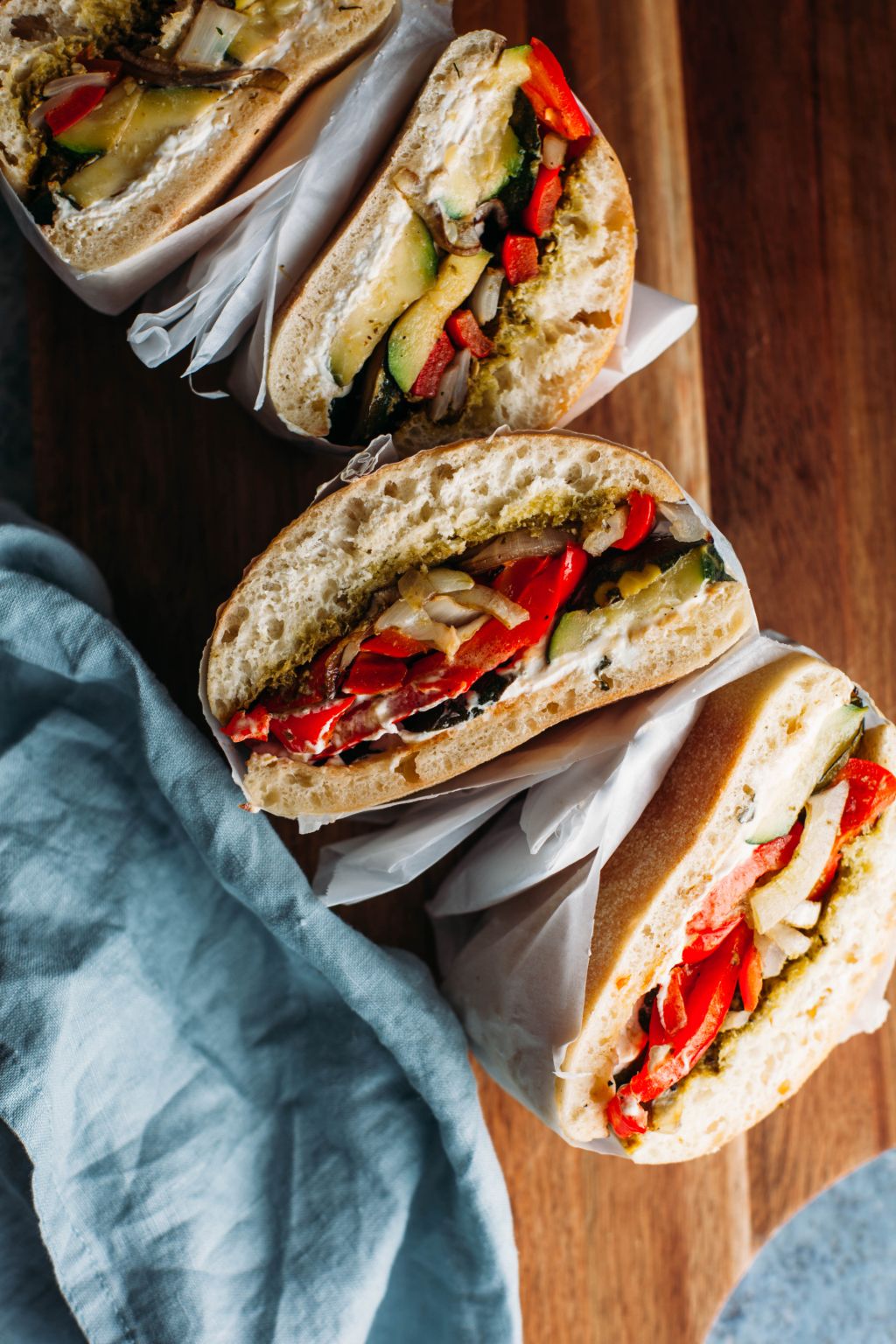 I’ve been reading Michael Pollan’s In Defense of Food: An Eater’s Manifesto, and I’m all about his mantra. Eat Food, Not Too Much, Mostly Plants. I mean, I can’t remember the last time I actually ate enough fruits and vegetables in a day. My relationship with meat is… complicated. It tastes good! I like eating it, but I don’t love preparing it, and I don’t feel good about eating it too often. I’m not trying to shame any meat eaters, because I’m definitely one of you! But eating so much meat really cuts back on the number of plants we could be eating instead, so I’m all about a little side of meat. This sounds weird, yes, but only because we’re not used to the idea.

I tried to explain to my husband that I have never quite known what my niche is in the blogosphere, but I think it might just be “mostly plants” or “kinda sorta vegetarian.” Because I think that limiting ourselves with labels like “vegetarian” or “vegan” or “pescatarian” isn’t totally necessary. I love the idea behind each life choice, but I like the freedom to eat without labels. Yes, I’m making conscious choices to eat less meat, but vegetarianism just isn’t for me today. If it’s for you, then go for it!

These Roasted Veggie Sandwiches are a staple in my house that I’ve been making since… 2010? That’s crazy to think about. But I’ve made some version of it for years, with eggplant then without. With pesto, sometimes without. Always with goat cheese, sometimes on baguette, but then you’d tear up your gums trying to eat it. So you could say I’ve perfected it! How great would this be as a work lunch or on a picnic? Simply halve the recipe if you’re cooking for two. 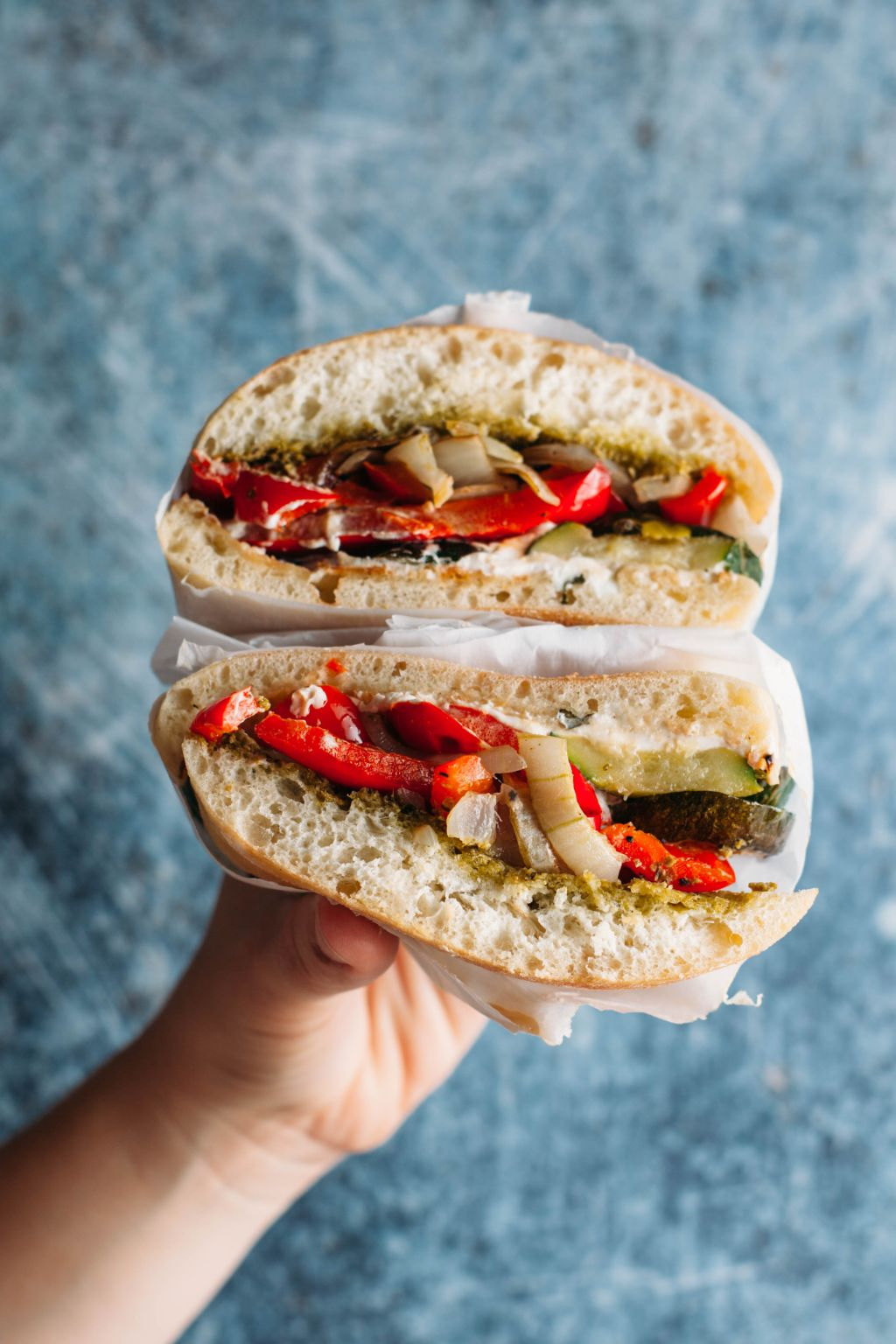 This recipe could not be easier. Just Slice up your veggies, toss them in olive oil and balsamic vinegar on two trays to coat. Salt and pepper and roast them for 20 minutes or so, rotating the tray positions in the oven halfway through. For the bread, slice the ciabatta, toast them in a large skillet with a little olive oil, cut side down for 2 minutes. Then spread the top half with pesto and the bottom half with goat cheese. Add your veggies, and you’ve got a killer sandwich! See the recipe below. 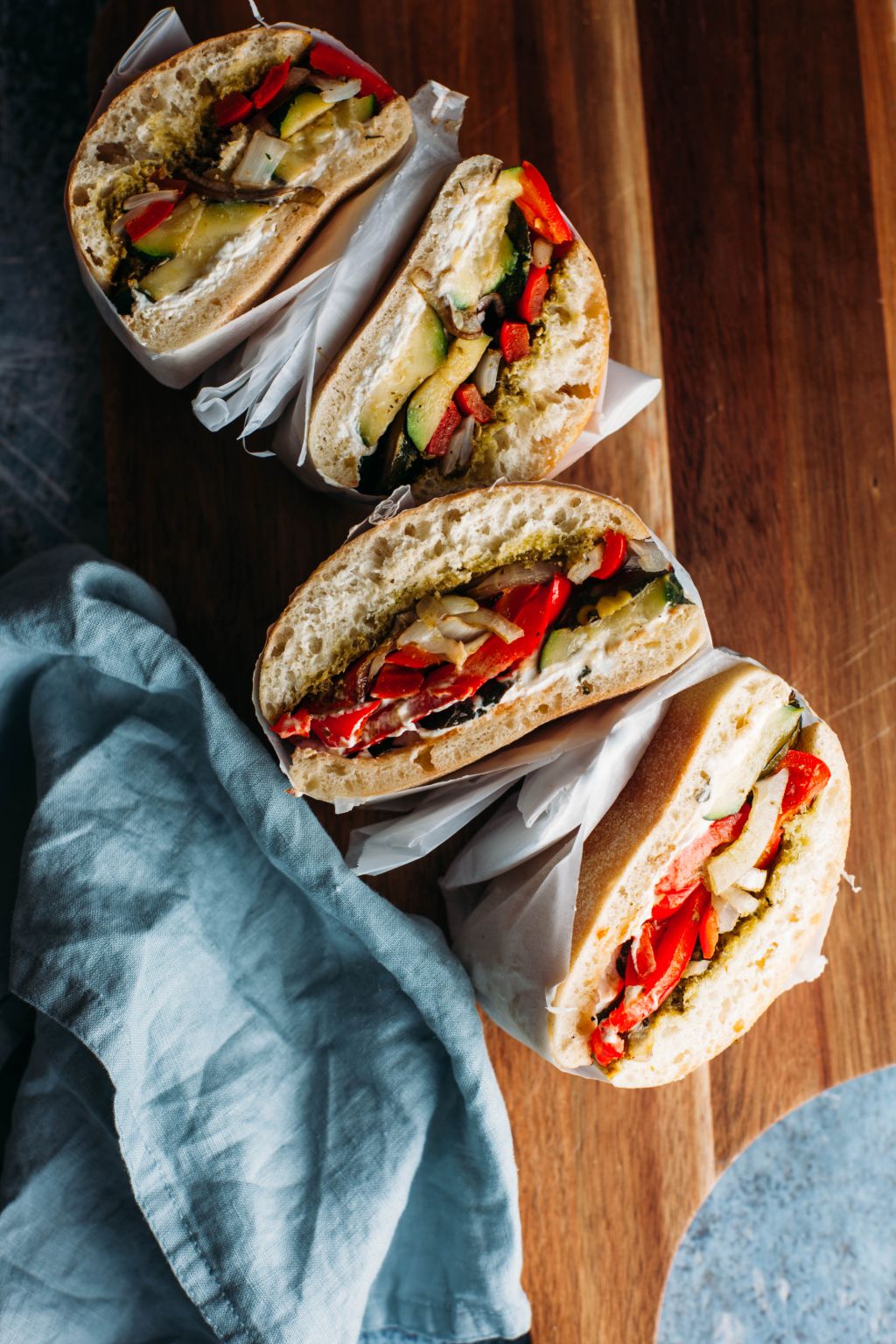 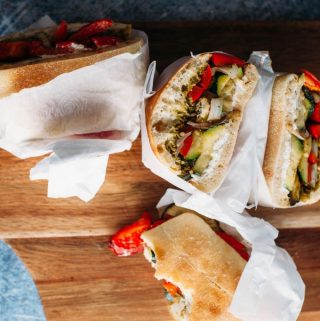