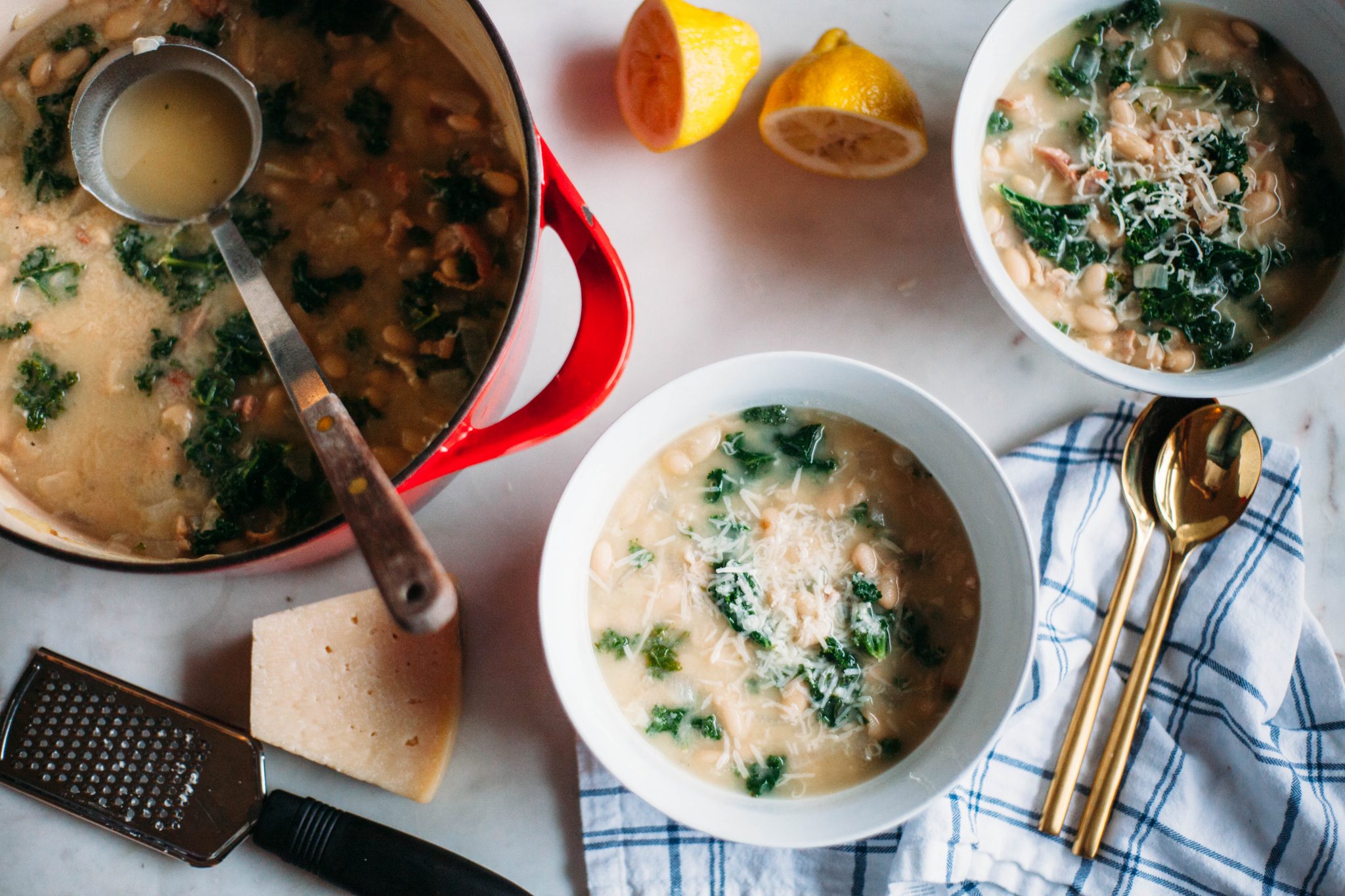 I’m all about breakfast for dinner. Breakfast is clearly the best meal of the day. Brace yourself for this one though. Soup with bacon and eggs could never go wrong. It just amps up a back-of-the-pantry meal into something rich and smoky and delicious. Serve with buttered toast, of course. I actually made this white bean and kale soup on a snow day out of things I had in the refrigerator, and it was so incredible I had to share it with you all.

My take on white bean and kale soup has a tempered egg in it to thicken the broth, and crispy bacon for flavor. It’s so simple that you may already have almost everything for this in your pantry already! Let’s get started on this soup! 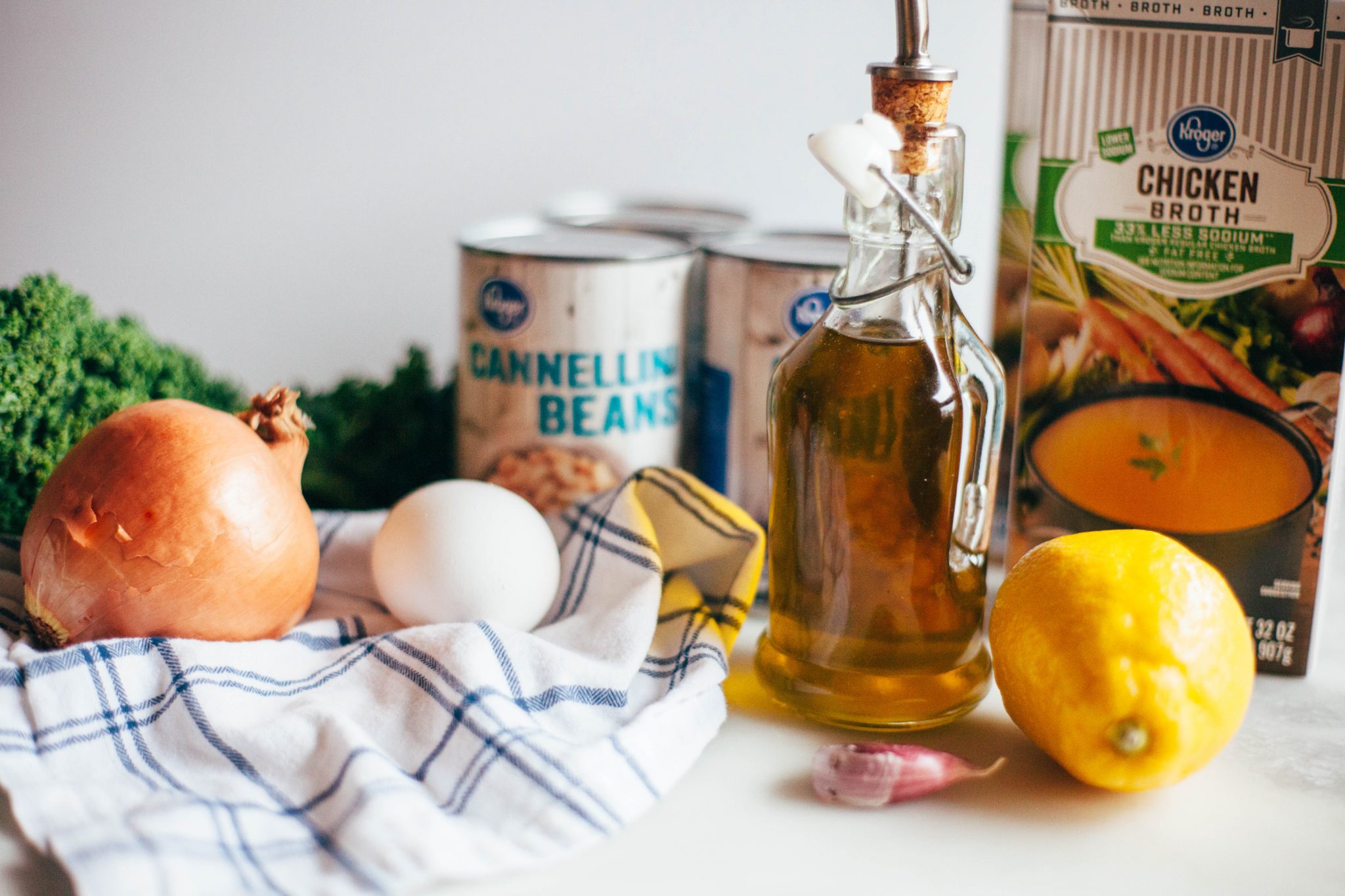 First you’ll chop your onion and mince some garlic. Then chop the bacon strips into little thin pieces. Crisp your bacon and set it aside on a paper towel lined plate. Now, in the same pan, sauté your onion and garlic in a little olive oil. Drain your white beans but don’t rinse. Add these to the onion mixture with your bacon. Squeeze in some lemon. Add the broth and a pinch of salt and pepper and bring to a boil. 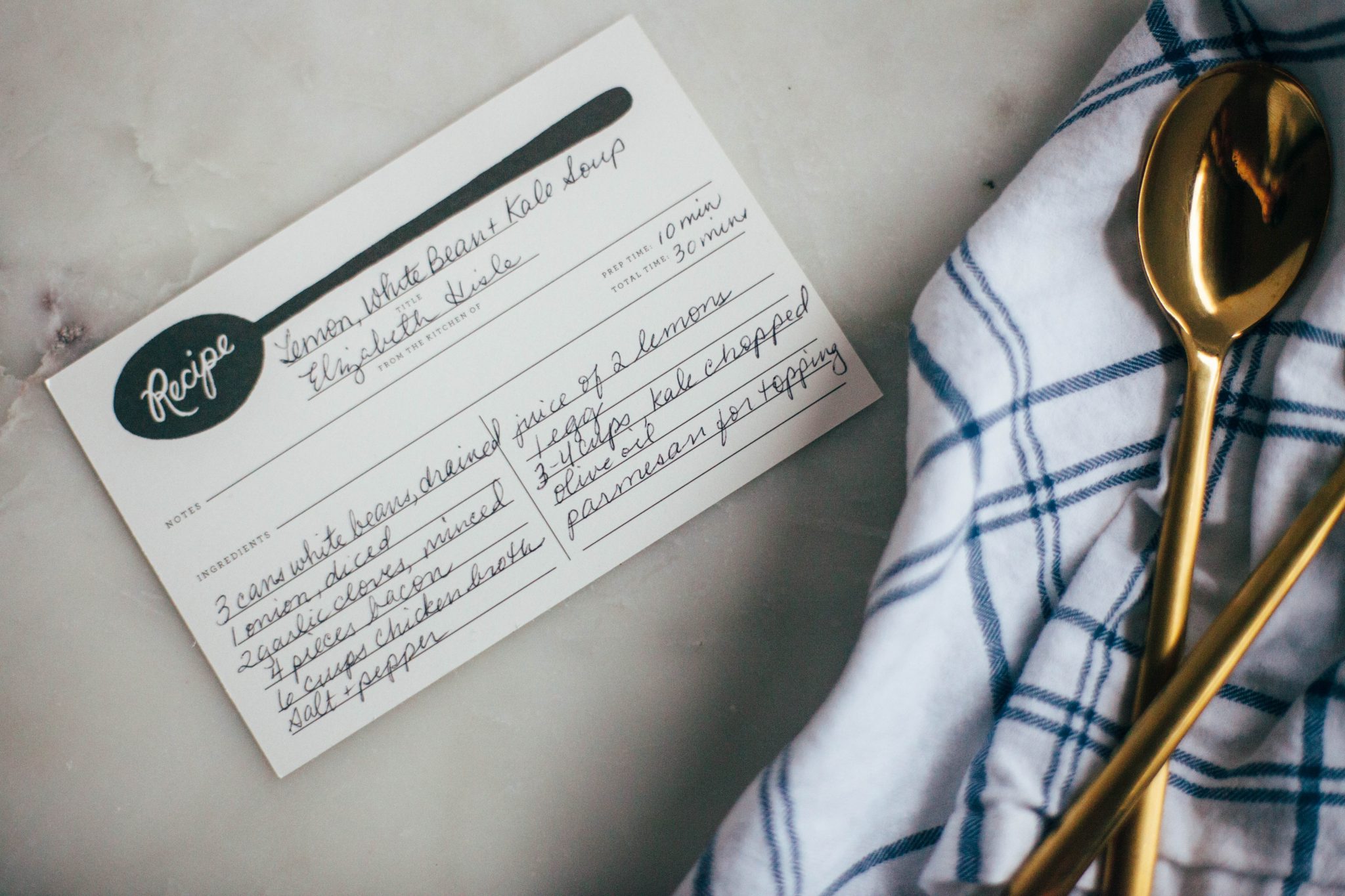 Once your soup is boiling, simmer down on low for about 10 minutes. Then add your chopped kale and let it wilt for a couple minutes. 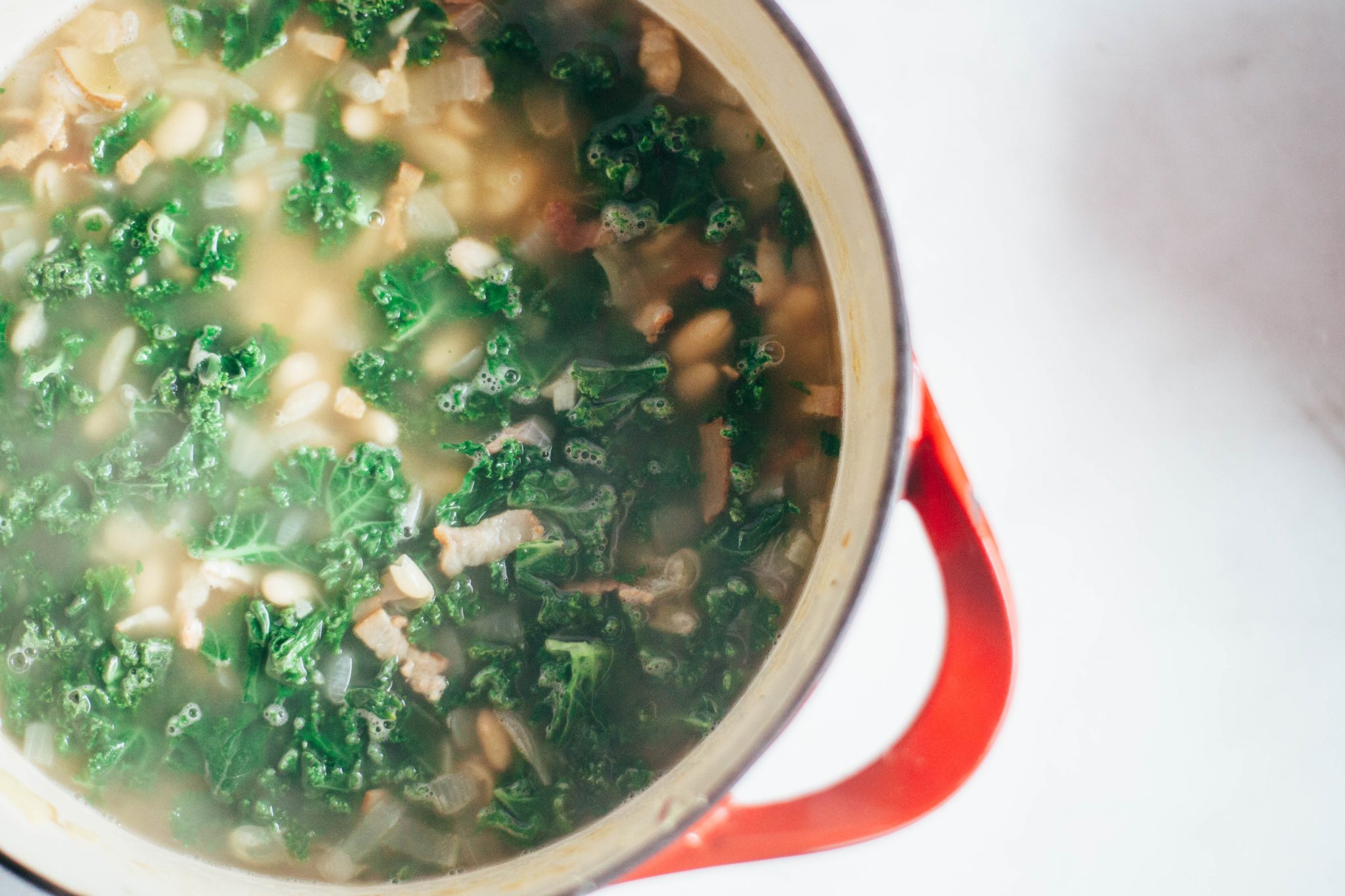 Now’s the part where you temper the egg. Don’t worry, it’s not that tough. Whisk your egg in a medium bowl. Add a spoonful of hot broth and whisk. Keep adding broth to the egg (about a quarter cup at a time) until the egg mixture is hot. Then pour it back into the soup. This keeps your egg from cooking but heats it to a safe temperature where it will simply thicken the soup. 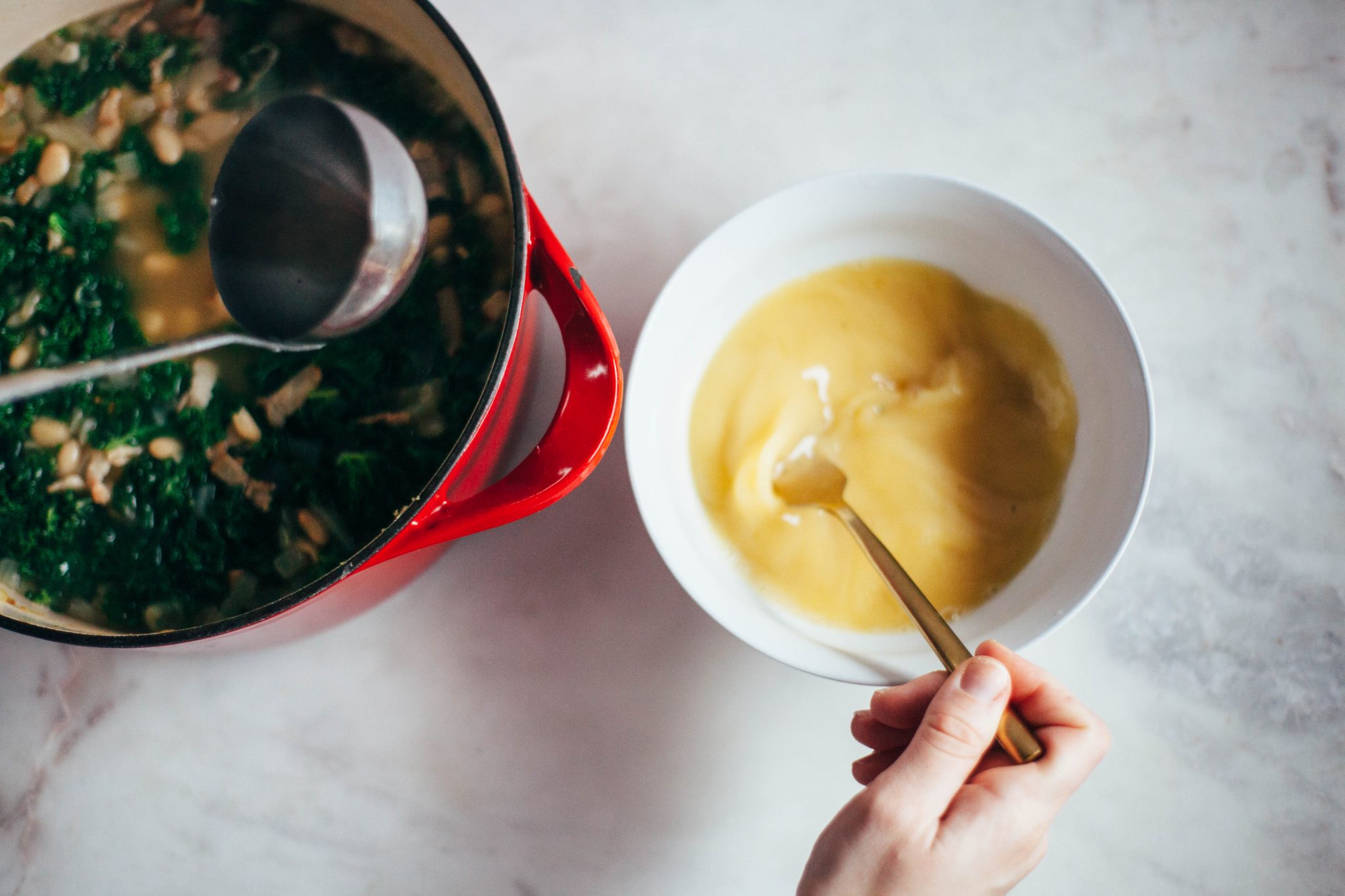 Top with some parmesan and black pepper, and you have a quick and simple meal! What’s your go to back-of-the-pantry dinner? 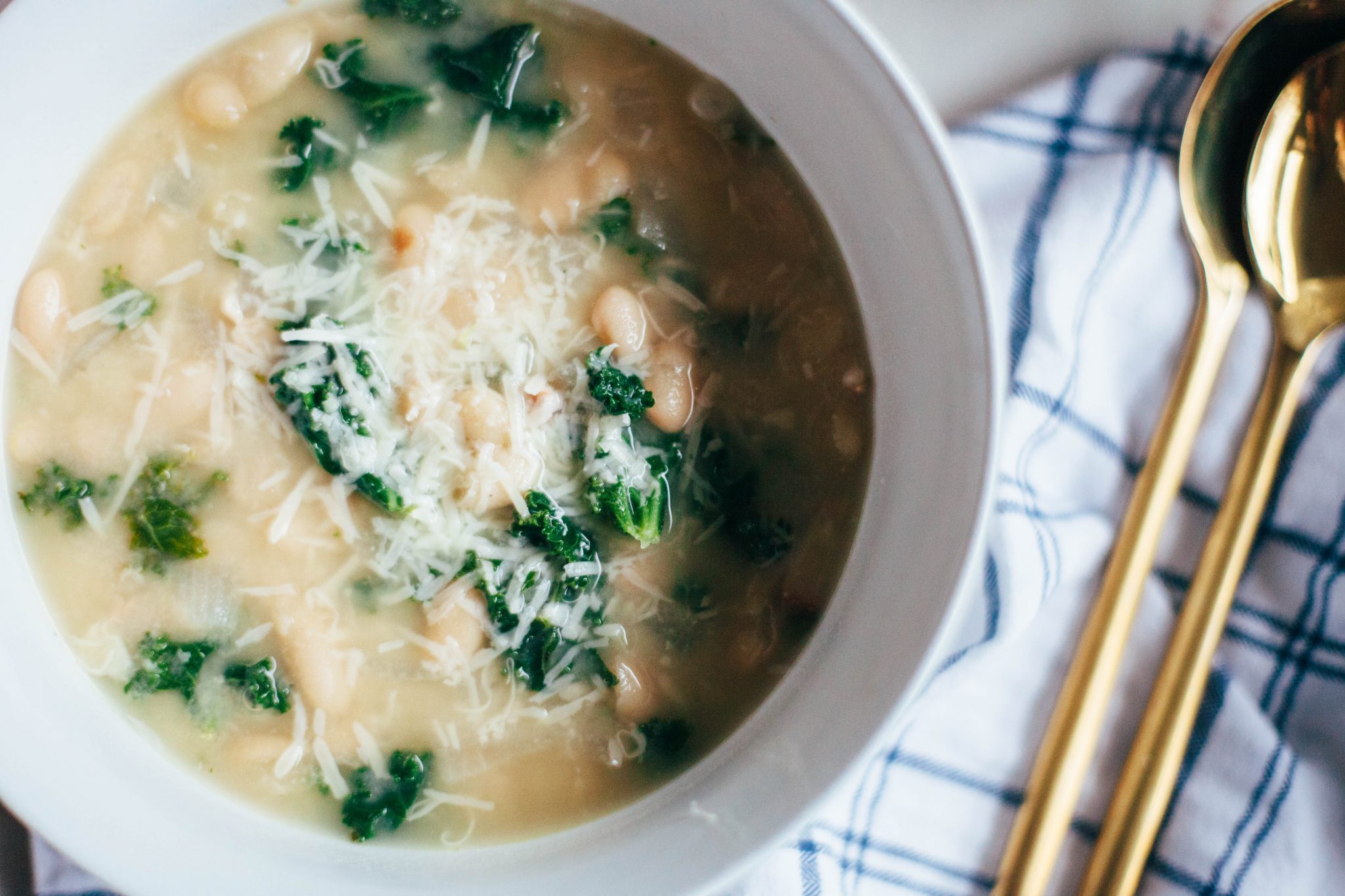 White Bean and Kale Soup with Bacon and Eggs