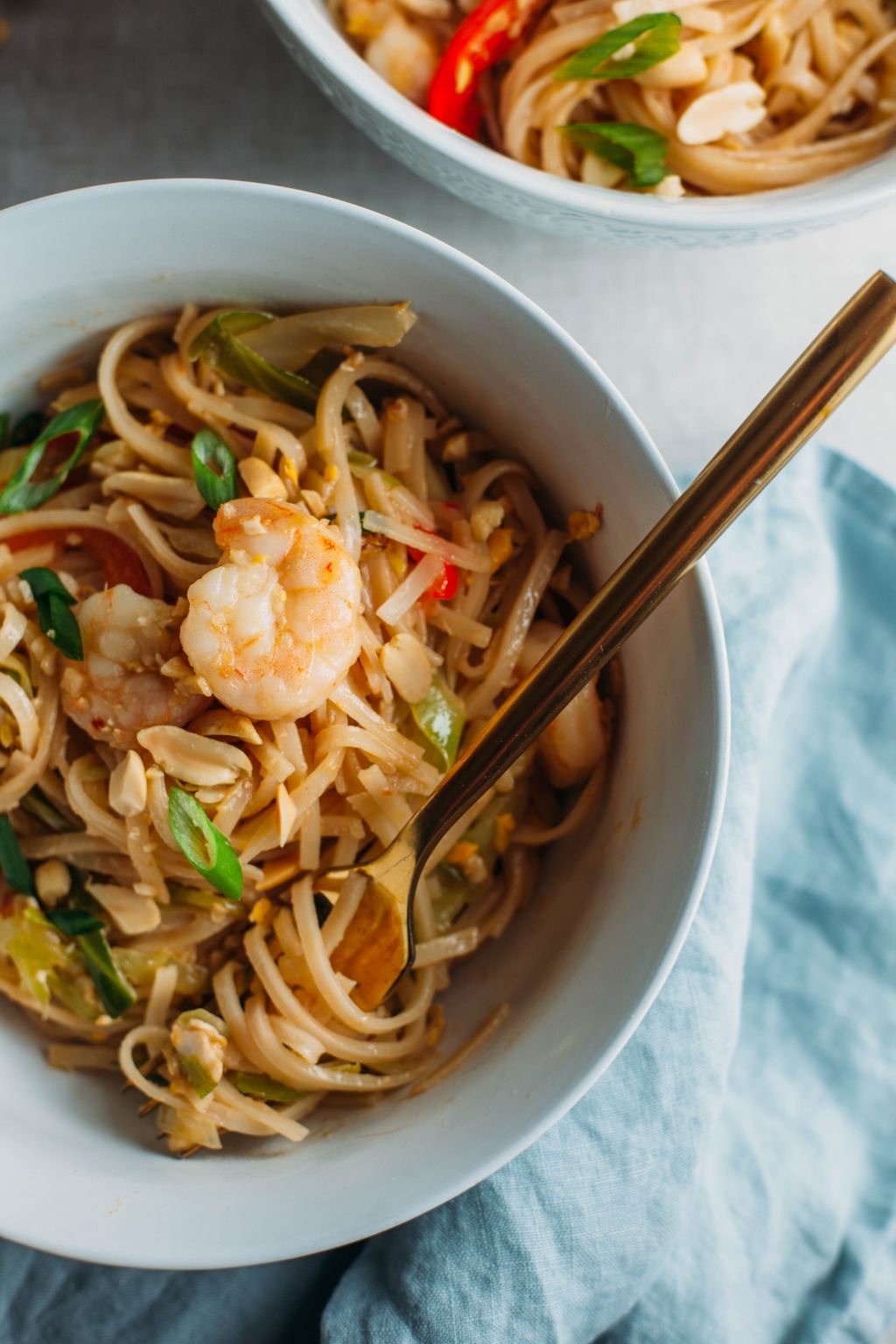 There’s a lot of Pad Thai out there, but really great Pad Thai is hard to come by. Good Pad Thai will have a slight sweetness but is balanced with tanginess. The real deal will have Tamarind Paste, which is found in your local Asian Markets. (My recipe doesn’t include this). My version is more of a dish inspired by all the versions of pad thai I’ve tried. I’ve made many versions of Pad Thai, and mine is loosely based on Mark Bittman’s version. But, I always come back to using a little bit of peanut butter in my recipe along with chopped peanuts. It adds just enough of that creaminess without being overwhelming or too sweet. But it balances out the tanginess of the vinegar and pungency of the fish sauce. It’s a hodgepodge of things I have learned from all the failed Pad Thai I’ve made over the years. Hopefully my version is one you’ll keep coming back to!

This gorgeous flavorful Shrimp Pad Thai is made perfect topped with pretty green onions or beans sprouts. If you skip the shrimp, which you could do, why not top it with a fried egg? That’s officially my answer to everything. Put an egg on it! You may think I’m an imposter for including peanut butter in this recipe, but what is peanut butter but crushed peanuts! So I say why not!? I definitely prefer pad thai on the sweeter side, so if you don’t, start with just half the peanut butter and taste. Maybe even add soy sauce for a little extra saltiness. Make it your own. See the full recipe below. 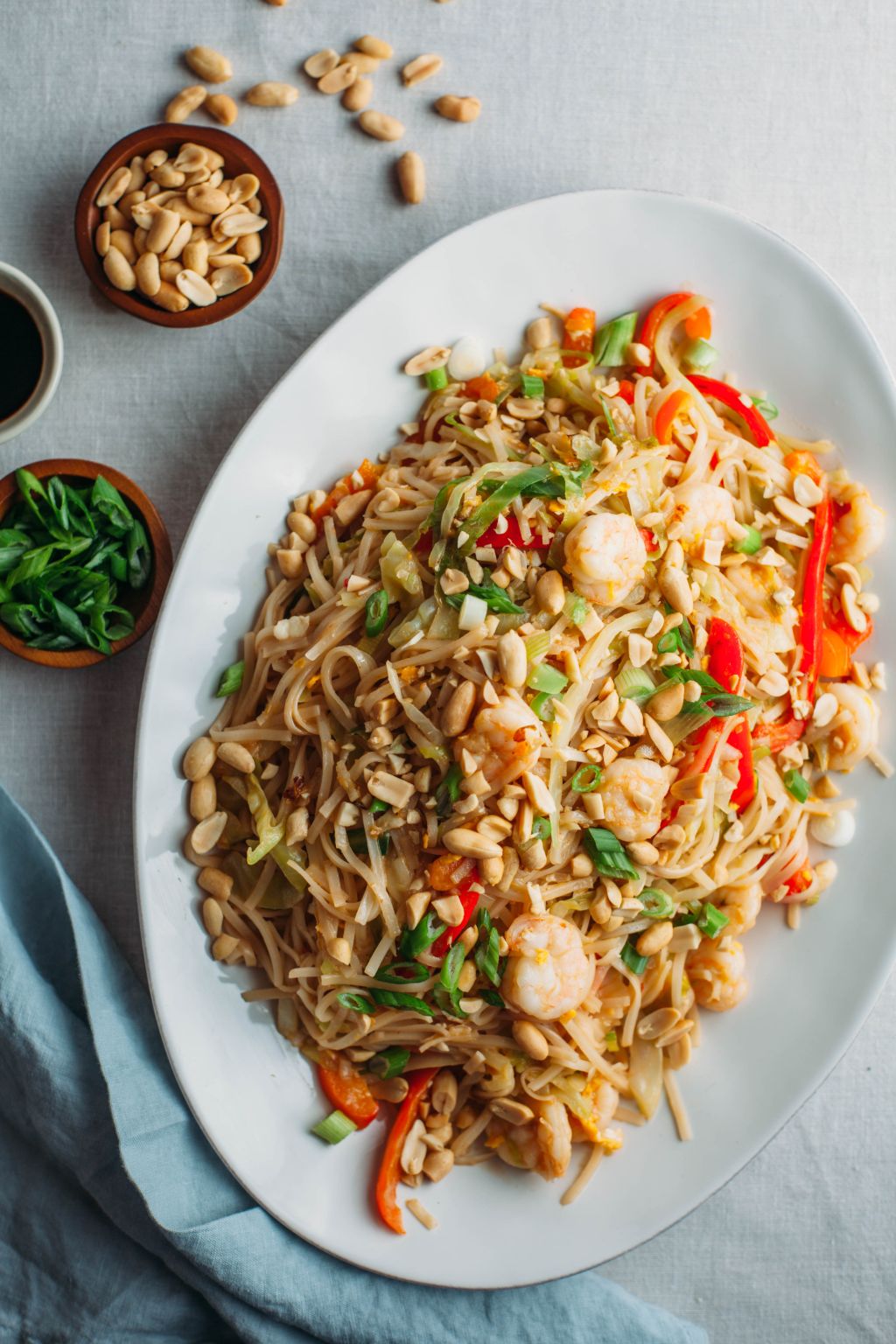 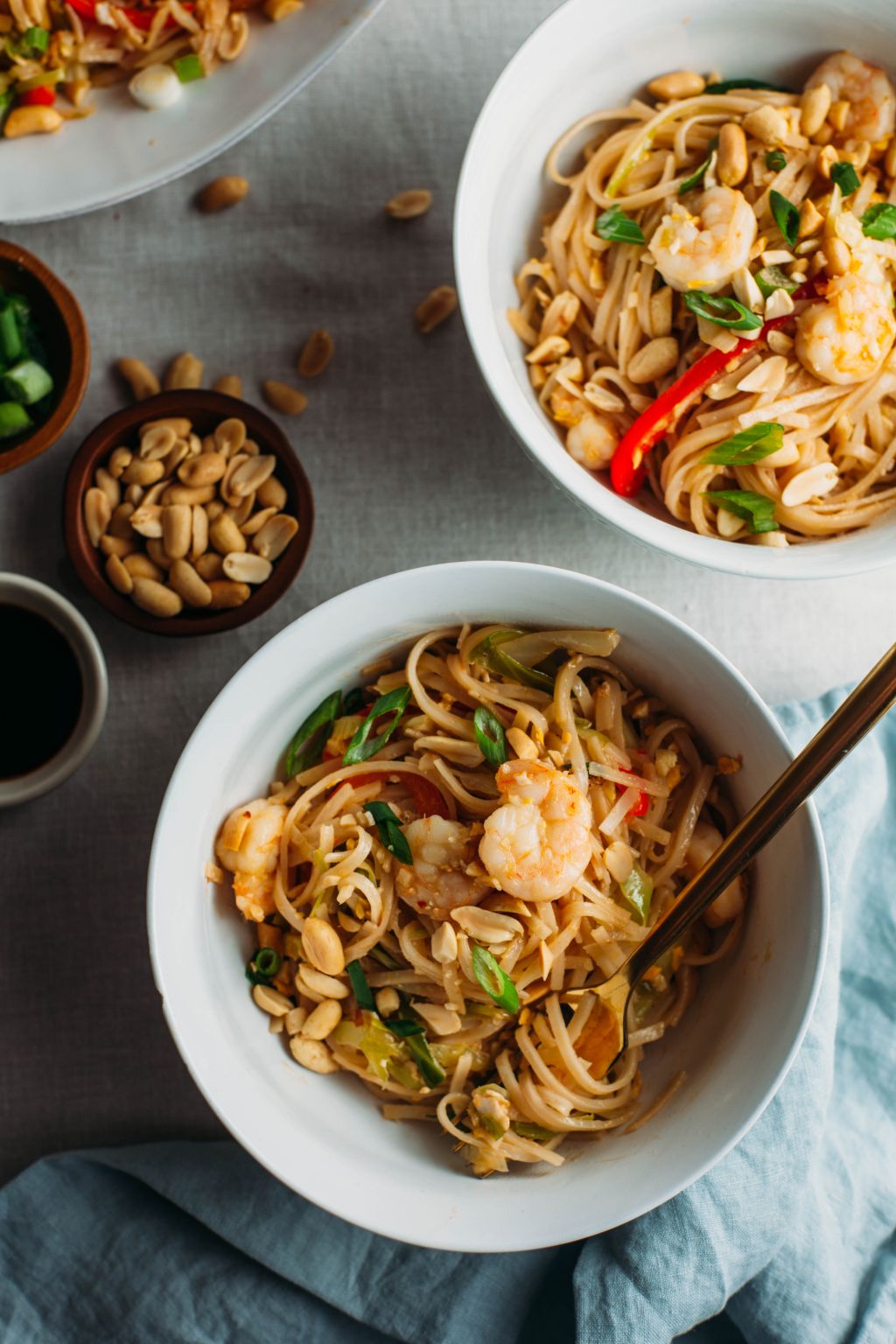 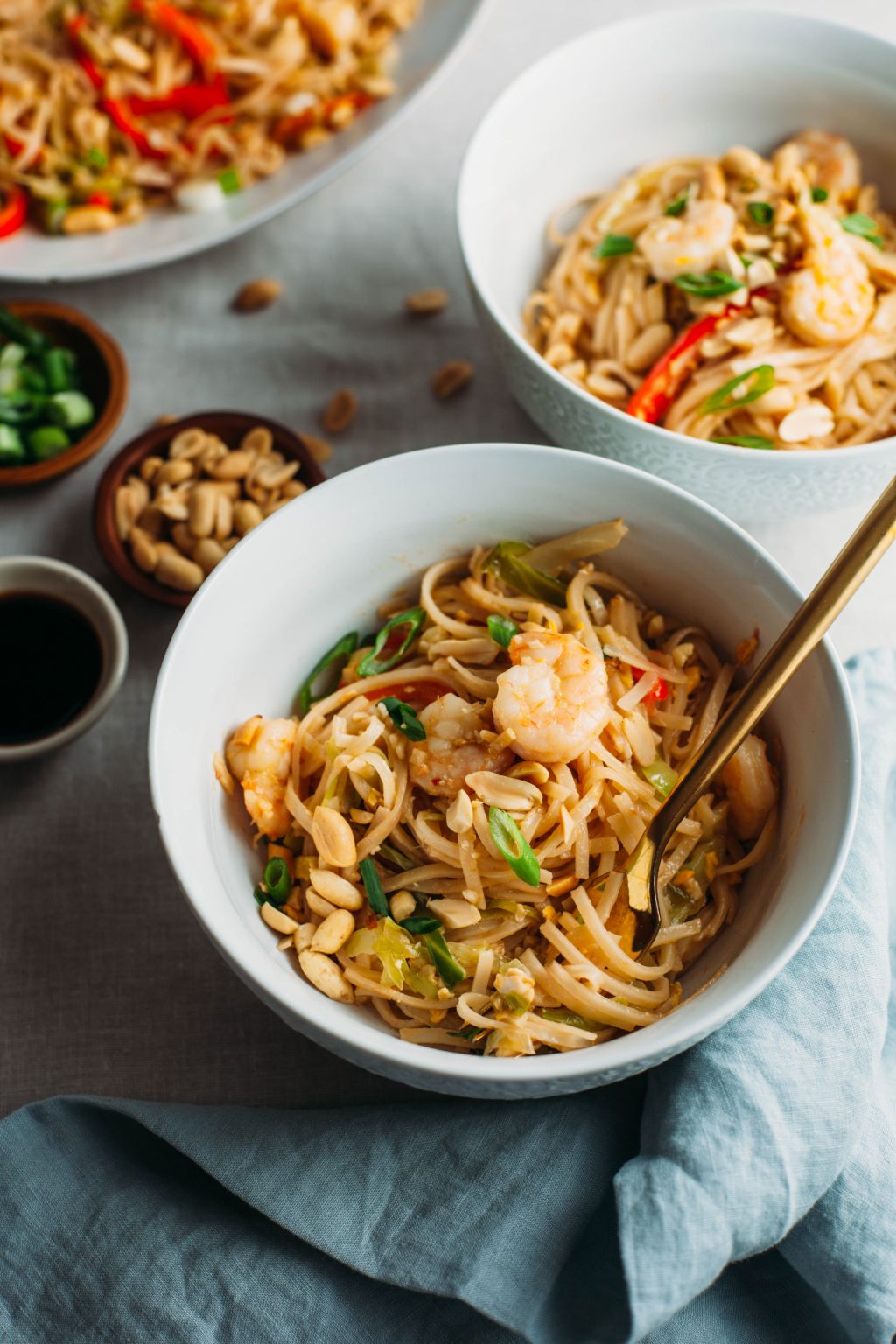