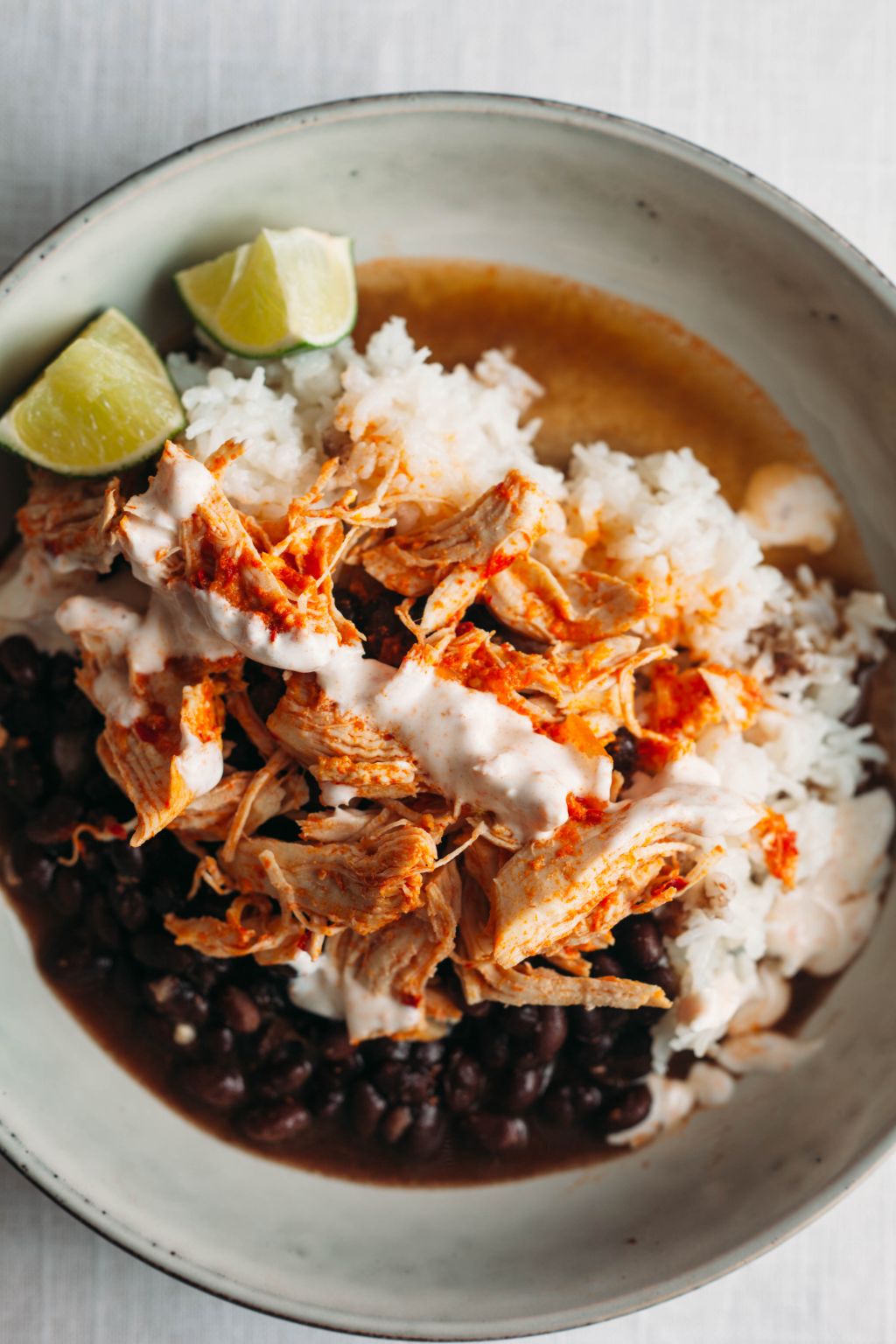 Guajillo chilis were a mystery to me until recently. As we navigate this new normal of pandemic shopping, I’ve been buying some of my groceries from the loveliest restaurants selling produce and meat. On a recent online order from a neighborhood restaurant, I saw guajillo chilis and was intrigued. This is something I’ve only seen or heard of in Tex-Mex cooking, but I had no idea how to prepare them, especially since they’re dried. I put some in my cart and never looked back. This chili is slightly smoky, not too spicy since I bought the larger milder version, and has a beautiful flavor that pairs well with any meat. So far I’ve made ground beef tacos and pulled chicken using the chilis, and it’s been nothing short of incredible. But there are some definite tricks on how to use them! Get the full recipe for Instant Pot Guajillo Chicken below.

I made the chili sauce for the chicken using a blender! It was pretty simple. Then I used the sauce with the raw chicken, and put it all in the Instant Pot.

First, since these are dried we have to soak them, but you also need to bring out the flavor. I decided to toast them in a hot dry saucepan until they became fragrant. Then I cut off the stem end, halved them longways, and removed the seeds with my knife. I then placed them in a bowl and poured boiling water from a kettle to cover them and let them soak until the softened up. To give them flavor, I sauteed some onion and garlic in a saucepan until lightly browned and then pureed the softened chili with the onion garlic mixture, salt, a bit of the hot water, and olive oil for a silky emulsion. It sounds complicated, but it isn’t! It’s just a simple blender sauce that you can cook into your chicken and pull for maximum flavor.

This Instant Pot Guajillo Chicken with Rice and Black Beans is a spin on a dinner I usually make with rotisserie chicken. But since chicken is hard to come by, I’ve been making this Mexican-inspired chicken with guajillo sauce in the instant pot and drizzled with a chili yogurt sauce. The black beans are just like my recipe here. You’ll need an instant pot and a blender for this one, but it’s overall a pretty simple recipe. See the full recipe below. 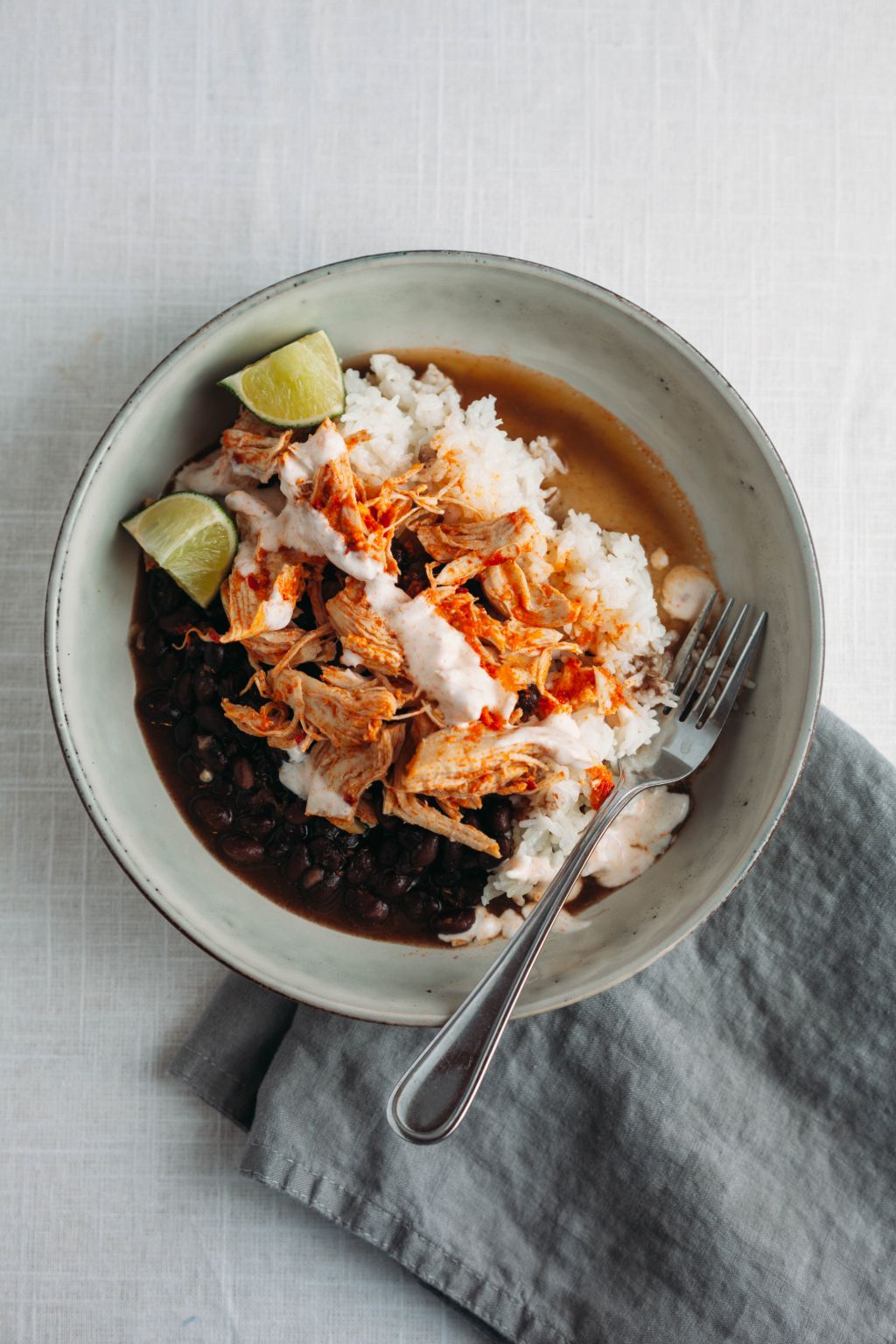 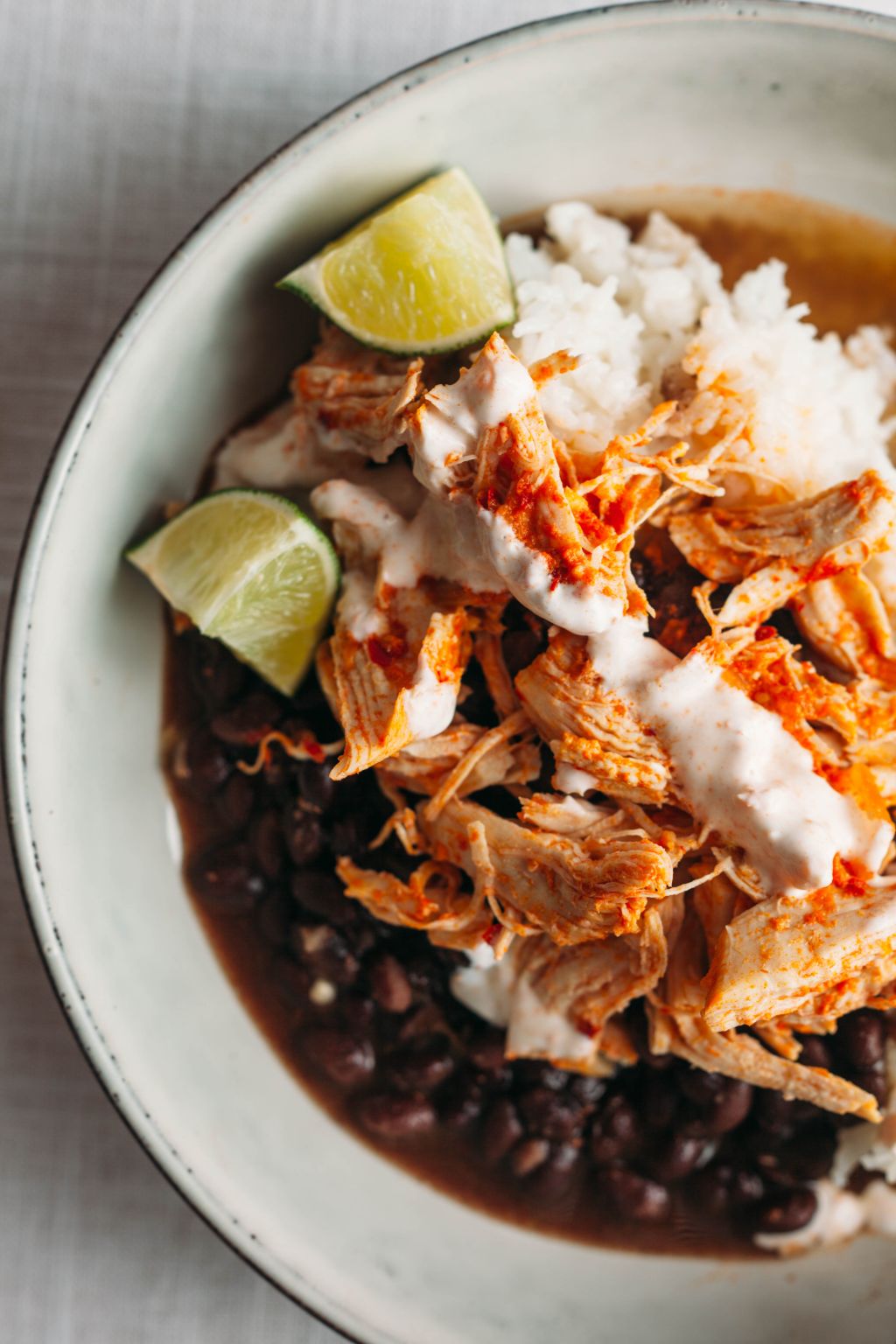