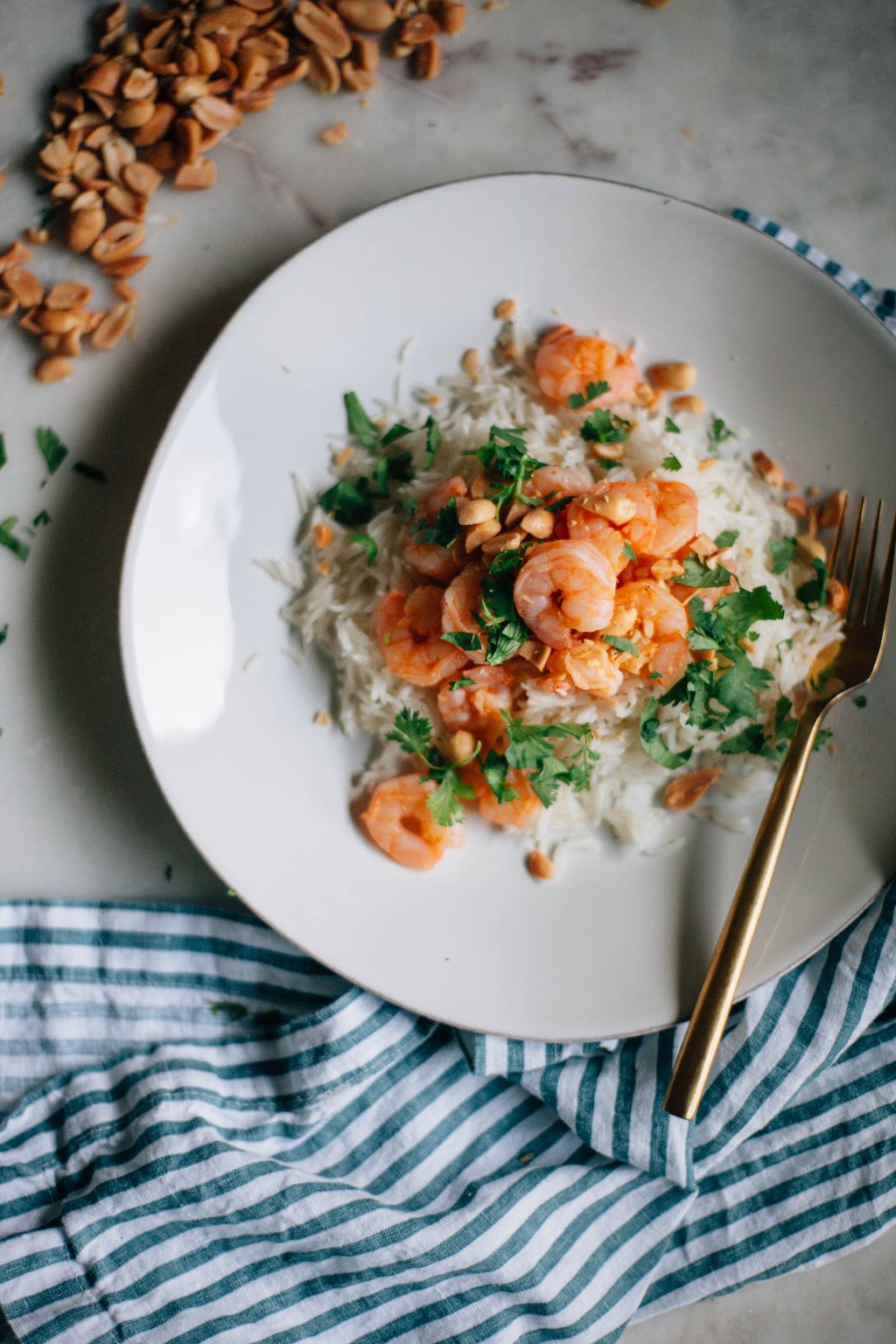 I’m not sure who the bigger star is in this recipe–the coconut rice or the shrimp. I’m team coconut rice, also known as team carbohydrate. No shame. But there’s something really lovely about the fluffy aromatic rice paired with shrimp in a gorgeous marinade. I was inspired by a sriracha peach chicken recipe that Jessica Seinfeld made in her book Food Swings. But when a friend of mine suggested I make a shrimp recipe, I knew the best way to pay homage to that dish. Honey Sriracha Shrimp with fluffy Coconut Rice!

This is one of those suuuuper quick weeknight dinners you can throw together in less than 30 minutes. It requires almost zero effort and best of all, there’s a lovely peanut cilantro topping that I knew we had to include but had no idea how to incorporate… So I just threw it on top and it’s basically the best thing that ever happened to these shrimp. Let’s get started on this recipe!

To make the rice, I threw coconut milk, water, salt and basmati in a medium stovetop pot. I brought it to a boil and then turned it to low to simmer for about 18 minutes with the lid on. 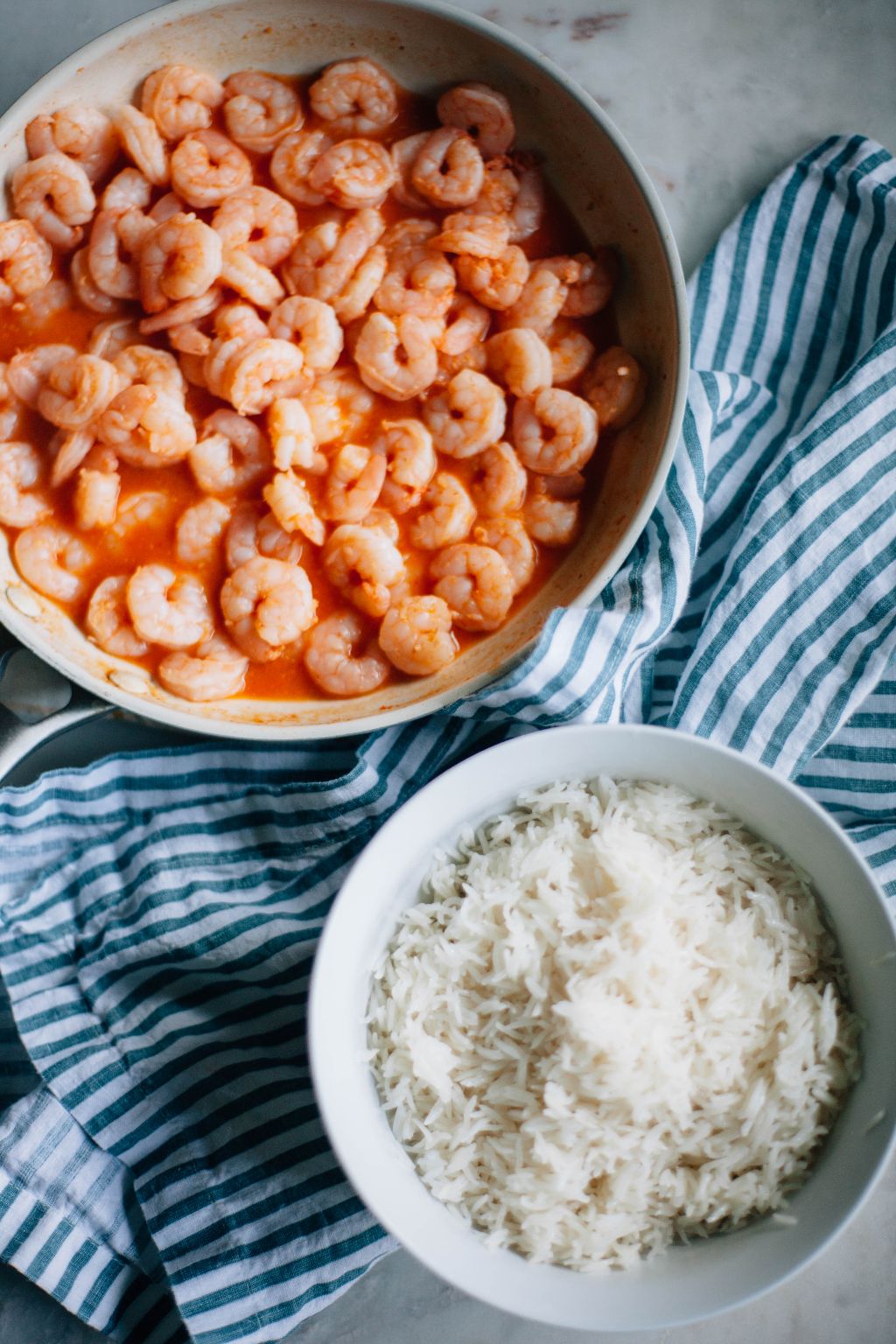 While the rice cooks, defrost the shrimp by running them under cold water in a colander for five minutes. Mix together honey, sriracha, lime juice, ginger, and soy sauce and throw in the shrimp. Toss it all together to coat. There will be a lot of extra sauce but that’s ok! It’s perfect to use as a topping. Then cook the shrimp in a nonstick skillet in sesame oil for about 2-4 minutes until the shrimp are pink on both sides. Just toss em up while you cook to make sure both sides cook. Remove from heat. 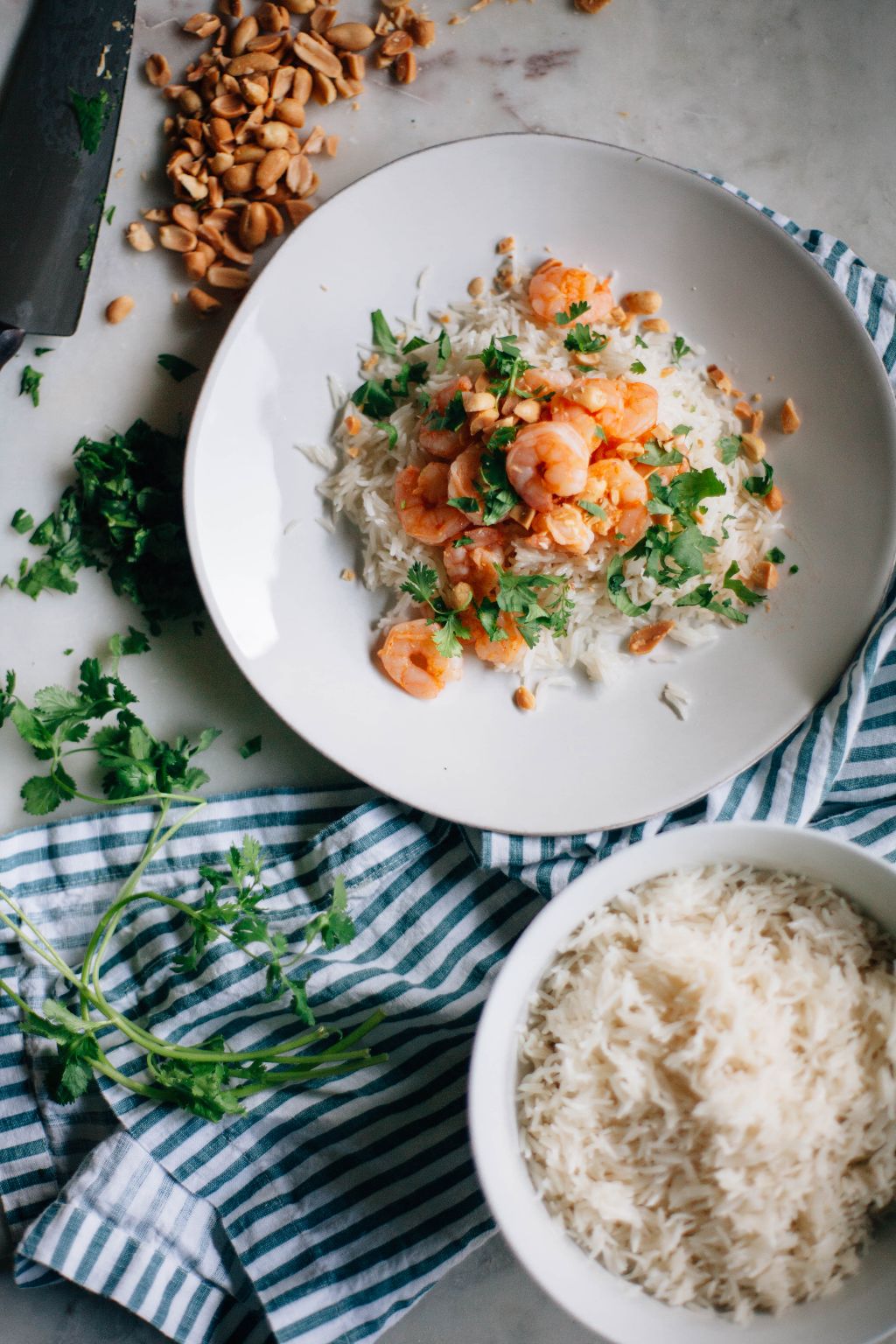 Do NOT skip topping this with peanuts and cilantro. It makes it extra special, and it’s an essential part of the flavor. Plate the dish by putting rice on the bottom, topping the rice with the shrimp, the sauce from the pan and a handful of peanuts and cilantro. Less than 30 minutes for an incredible dinner. See the full recipe below. 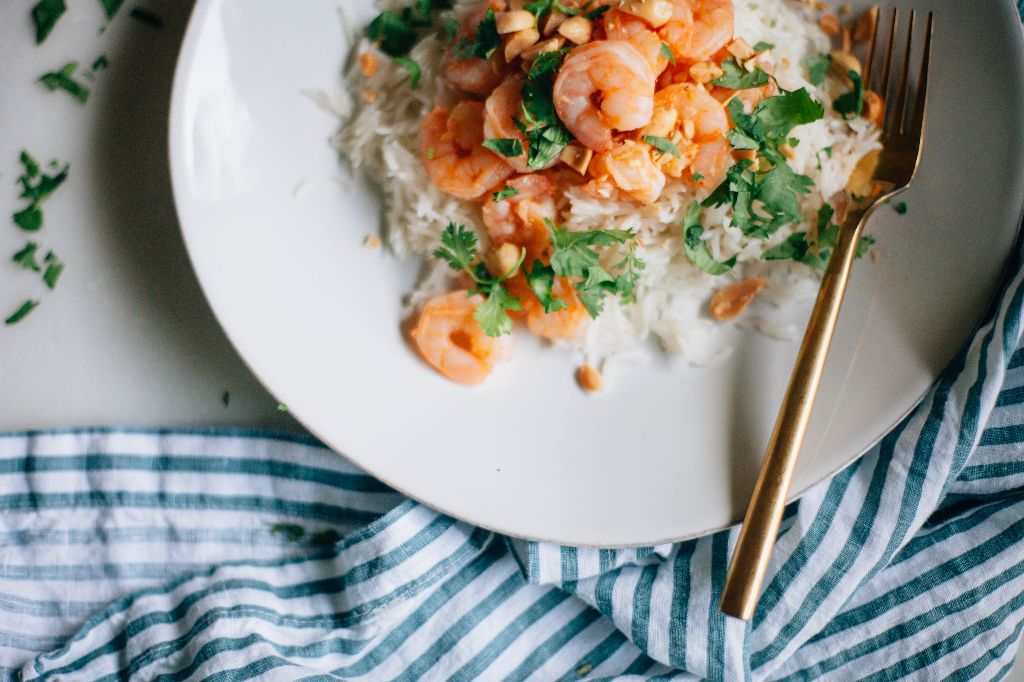 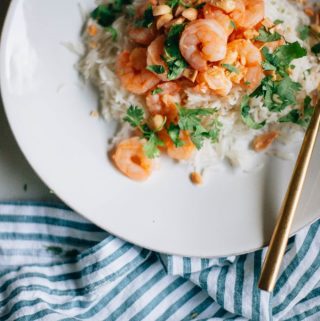