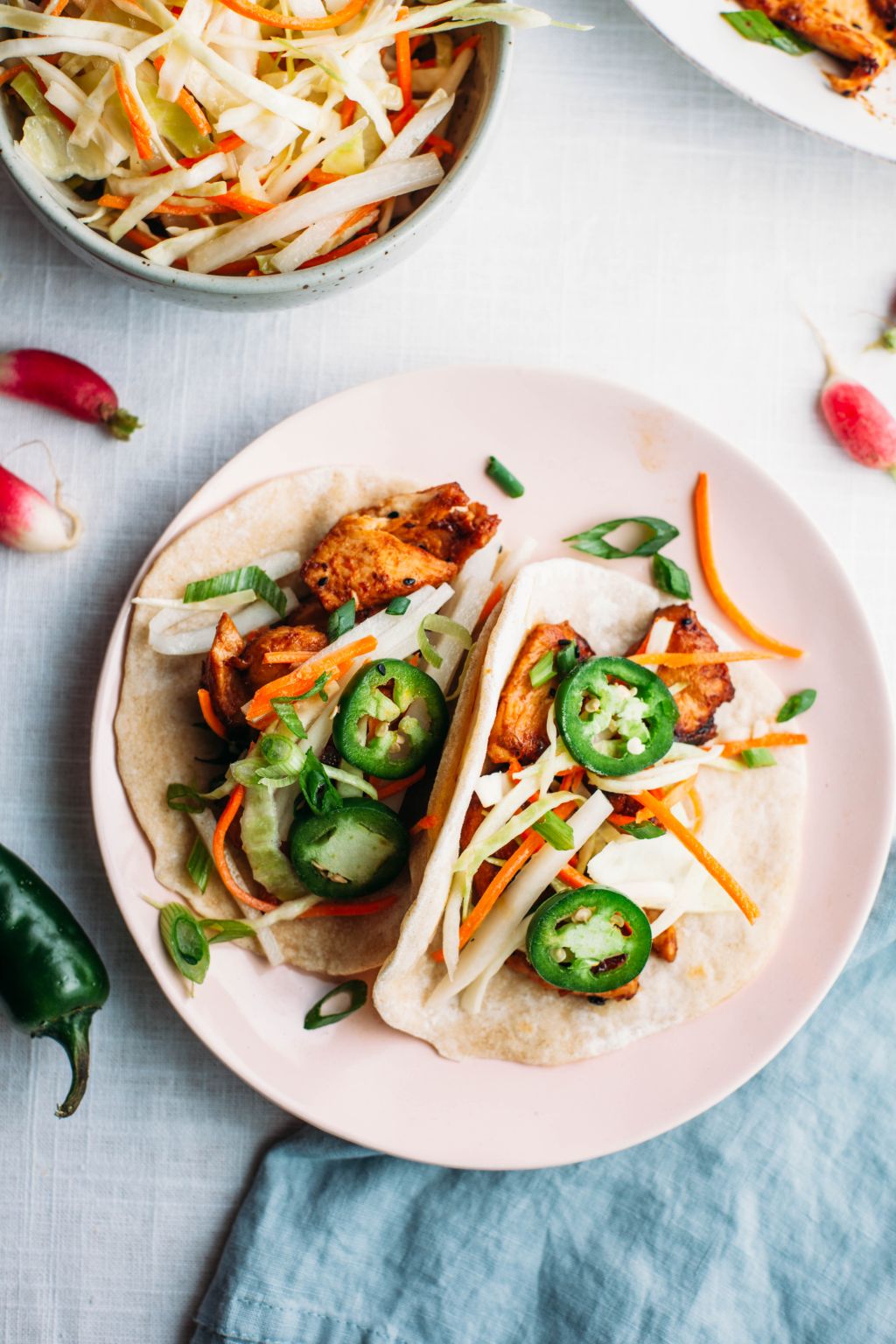 My 52 Week Challenge grocery trip is becoming a favorite new tradition. Sometimes I go in with a plan, and sometimes I just browse the aisles looking for ingredients I’m curious about. I’m beginning to love trying new ingredients. Today, I found a whole slew of mushroom varieties I’ve never tried that I’m saving for next week. There’s a certain catharsis in just browsing at the grocery without a plan. This week I found these pretty daikon radishes! They’re crisp, white, earthy radishes that lend themselves perfectly to cutting up into matchsticks and throwing them into a vinegar slaw for topping on Korean inspired Bulgogi Tacos.

If you’ve never had bulgogi, it’s one of my absolute favorite dishes. The meat is thinly sliced and marinated in a sauce made with soy sauce, grated pear, ginger, and gochujang then quickly seared in a screaming hot pan until the meat crisps up. It’s normally made with steak or pork, but I used my favorite meat for this one. I love chicken! It’s a weeknight dinner hero, so I figured you’d like it, too.

My beef (no pun intended) with slaw is usually one of two things. Either it’s mayonnaise based, and I hate mayo, or there’s too much vinegar for it to be palatable. This one has the perfect dressing that’s not too tart, but also perfectly seasoned. I made my own tortillas, but store bought flour tortillas would work great. See the full recipe below. 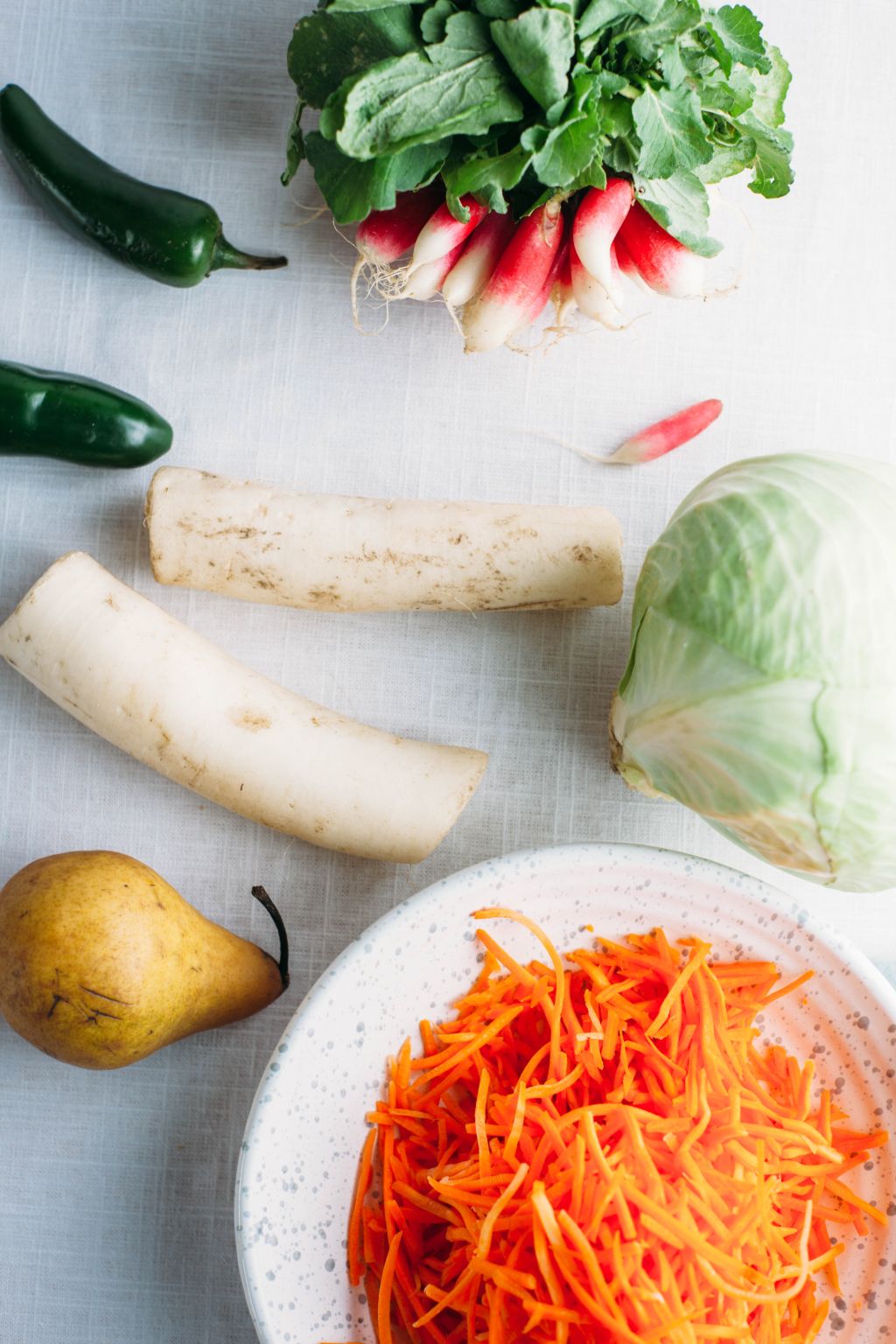 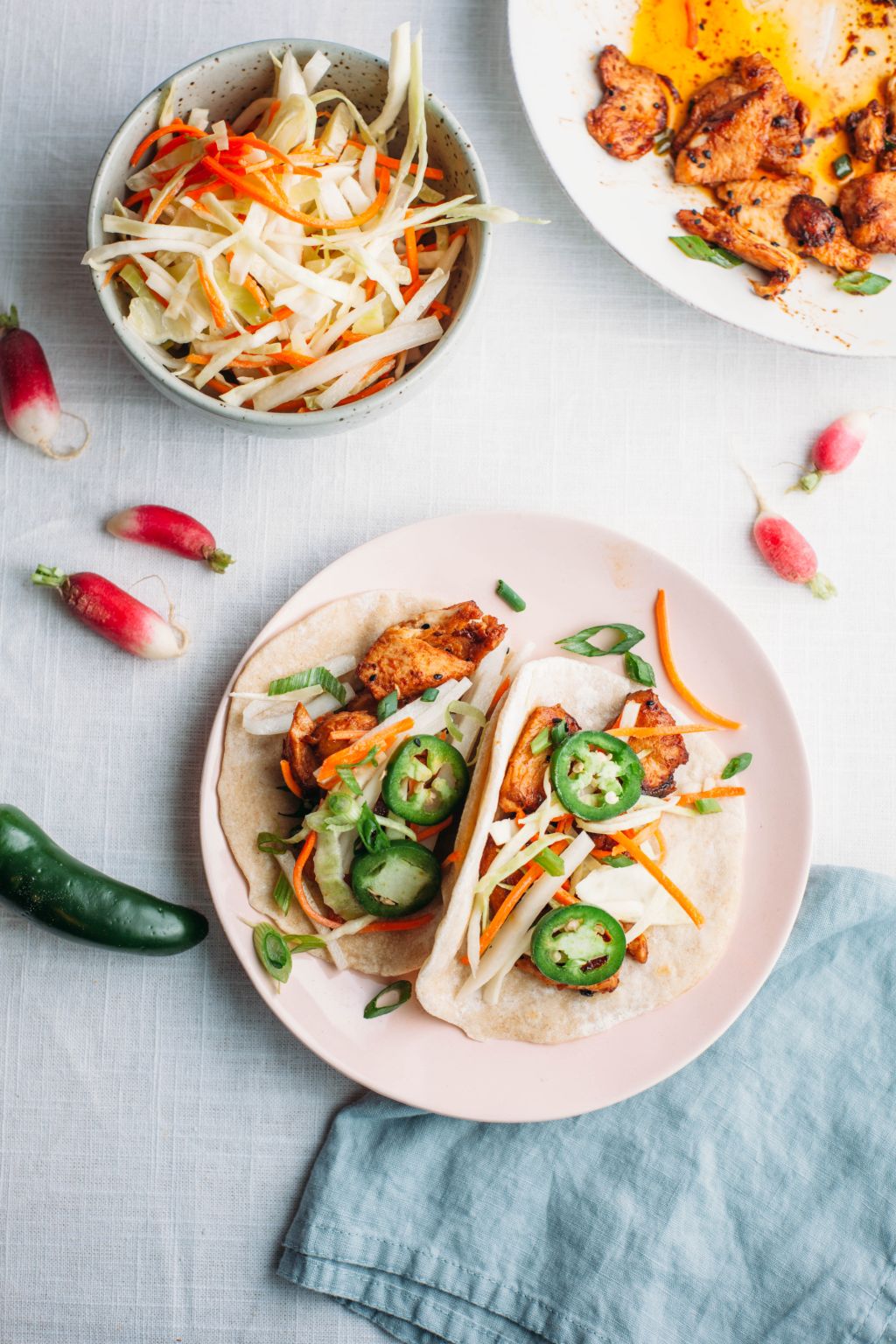 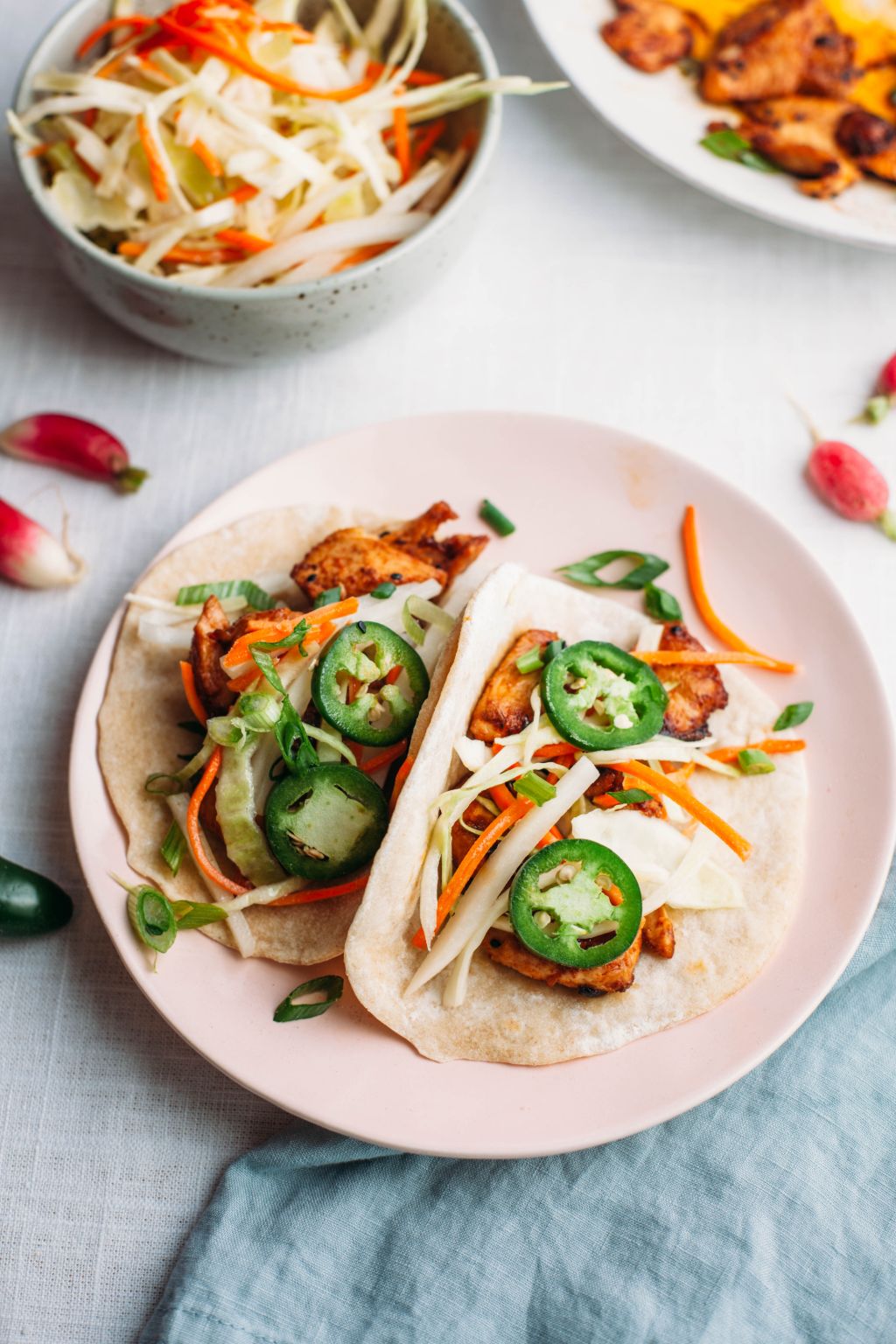 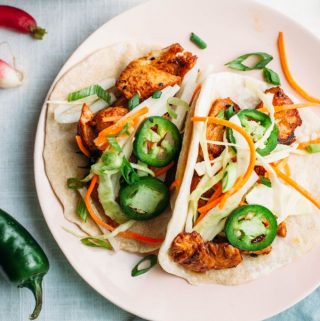